America remains in Afghanistan: 9 fortresses will be built in the "heart of future chaos" 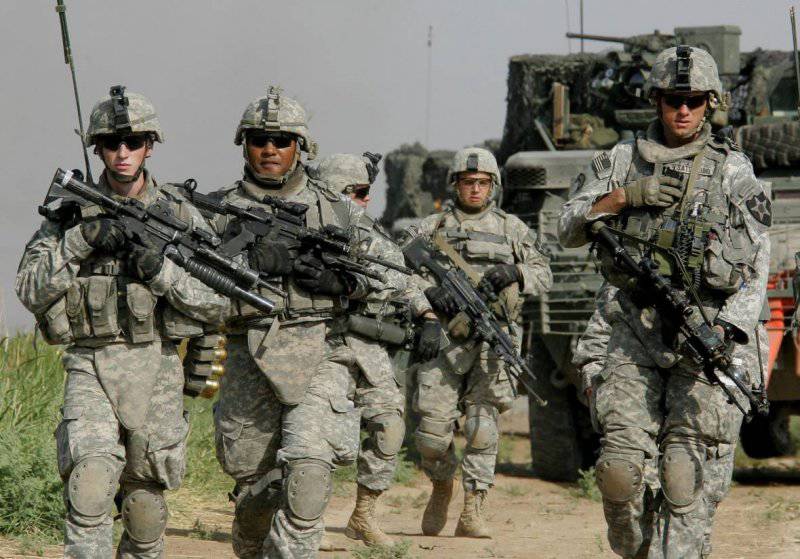 US troops will remain in Afghanistan after the 2014 year. We have already written that, despite the promise made by US President B. Obama to the Americans, 9 new military bases are being built in Afghanistan. So, they will be a military contingent.


The so-called “Security Cooperation Agreement between the US and Afghanistan” is being prepared. It will allow American troops and their allies to remain in Afghanistan after the 2014 year. In this case, it will be formally possible to declare a "victory" and the withdrawal of troops, so that the US President does not look like a deceiver. But the wording “security cooperation” will save the face of the American administration.

However, the agreement is necessary for the Americans not “someday”, but right now. Earlier, Afghan President Hamid Karzai was ready to sign such an agreement after the elections, which are scheduled for April 5 on 2014. And it would be quite logical.

But now we are talking about a quick signing. Now the Americans began to insist on signing the document until the end of the year, that is, within a month. For this, the All-Afghan Council of Elders, the Loya Jirga, was even specially convened. This is an irregular council of representatives of the Afghan tribes (something like our Zemsky Sobor), which has no formal legislative power and is only going to discuss the most important, crucial issues. So, the last time the Loya Jirga met in 2002 – 2004 for adopting a constitution. Now, the main purpose of the convocation was precisely the approval of the agreement with the Americans. On November 24, the chairman of the Loya Jirga Sebgatulla Mojaddedi reported that all the demands of the Afghan people are met and there is no reason to delay the signing.

Why such a hurry? Why not wait for the election? Moreover, Hamid Karzai himself seems to see no reason for haste. On November 25, he again declared that first open elections should be held, progress in negotiations with the Taliban should be made and the Americans should not be allowed to raid Afghans' homes.

It should be said here that the Americans themselves have long been negotiating with the Taliban, bypassing the official Kabul government. In March, after negotiations in Qatar, Karzai accused the United States of a separate deal with the Taliban. In July, he again repeated the charges at a special press conference. Indeed, if the United States plans to maintain its military presence in Afghanistan, then it will be difficult to do this without the “permission” of the Taliban, because the present authorities of Afghanistan cannot resist without American support. This means that the accusation of Karzai is just and the Americans have already betrayed their ally, discussing the future of Afghanistan with its enemies.

The only explanation for the rush of Americans to sign an agreement that legally allows them to stay should be considered a chance of not having time. Only if the United States is not sure that after the elections in April 2014 will sign such an agreement with anyone, does it make sense for them to hurry. It will not be very convenient for Americans to sign an agreement with the Taliban, because in this case they will have to admit that the world hegemon has lost the war. And it's not a fact that the victorious Taliban will sign such an agreement, even if they now promise not to touch the Americans after their victory. And that means you need to hurry while the current Afghan government is still firmly on its feet. While there is someone to sign.

From all of this suggests a not very optimistic conclusion. In the near future, the situation in Afghanistan may seriously deteriorate. And this means that the wave of chaos comes close to the borders of our Central Asia. And in the heart of the hearth of this regional nightmare, as always, there will be a military contingent of the United States and its allies. It will not be too big. Representatives of NATO say about 15 000 people. This is not a force that can hold back or ensure the notorious "stability". However, it is already clear that the “stability” of Afghanistan was hardly originally the goal of NATO. Afghanistan is the heart of Eurasia. And the processes taking place there affect the entire region. And what is this influence depends on those forces that for some reason are not in a hurry to leave this long-suffering country.

Ctrl Enter
Noticed oshЫbku Highlight text and press. Ctrl + Enter
We are
Surprises for Americans: yesterday's "world gendarme" squeezed out of our AsiaIran and Afghanistan: Karzai wants to sit on two chairs?
33 comments
Information
Dear reader, to leave comments on the publication, you must to register.