November 26 2013
88
The date of launching a new diesel-electric submarine "Novorossiysk" has become known. ITAR-TASS cites the words of the Vice-President of the United Shipbuilding Corporation for the state defense order and military-technical cooperation I. Ponomorev, according to which the new submarine will leave the berth of the Admiralty Shipyards of November 28. The diesel-electric submarines Novorossiysk will be the first submarine missile carrier built on the 636.3 project. 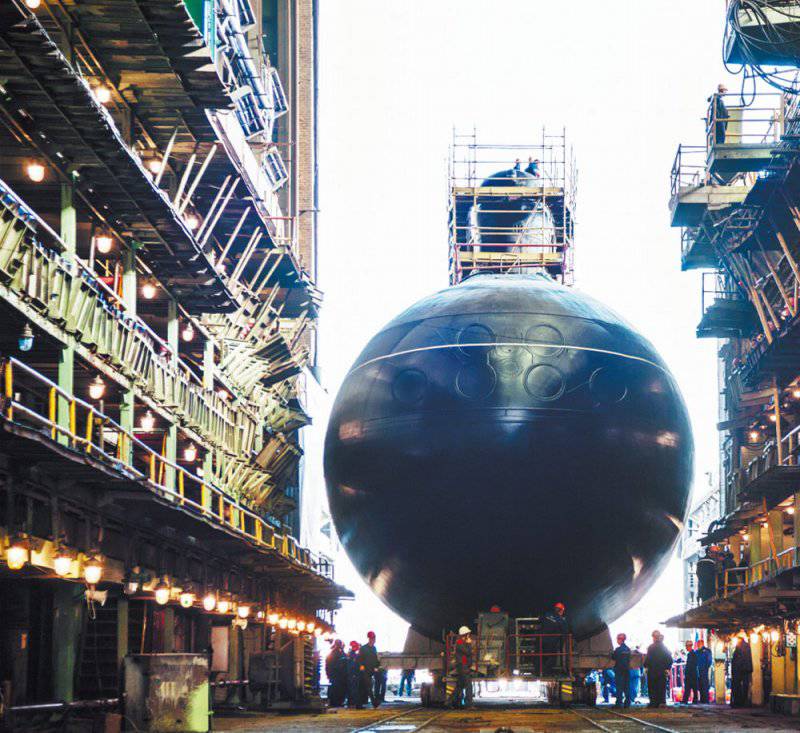 The construction of the head submarine of the Novorossiysk 636.3 project began in the middle of 2010, and it took a little more than three years to work. As follows from the available information, the launch of the submarine on the water was planned for 2013 year and, thus, the initial plans were fulfilled. However, during the recent time the approximate date of this event was postponed several times. So, in the spring of this year, there were reports that Novorossiysk could go to the test by the end of summer. However, in the summer it was announced the transfer of the launch to the autumn. Now, at the end of November, the exact date has become known, which is unlikely to change.

As in the case of plans for the launch of the submarine, the timing of its adoption fleet almost did not change. From the very beginning, it was alleged that the Novorossiysk diesel-electric submarine will begin service in 2014. A few weeks ago, updated data was received, according to which this will happen in June next year. The new diesel-electric submarine will serve as part of the Black Sea Fleet.

Novorossiysk is the first diesel-electric submarine of the 636.3 project being built for the Black Sea Fleet. The submarines Rostov-on-Don and Stary Oskol are already under construction, and in the near future the construction of three more submarines will begin. The approximate deadline for the launch of the last boats of the series is 2016-17 years. It is expected that the construction and operation of six new submarines will significantly increase the combat potential of the Black Sea Fleet, which now includes only one submarine (B-871 "Alrosa", project 877 "Paltus").

The 636.3 project (also the designation 06363 is also encountered) is an upgraded version of the 636 Varshavyanka project, in which new technical solutions and new equipment are applied. Submarines updated and basic project 636 have a number of common features, but differ from each other in some characteristics and combat capabilities. So, all the “Varshavyanka” have a length of 73,8 meter, more than 50 of which falls on a solid case. The width of the light hull is slightly less than 10 meters, the draft is 6,2 m. The surface displacement of new submarines, including Novorossiysk, is equal to 2350 tons. Scuba - 3100 t, although some sources mention larger numbers. Apparently, there is some kind of mistake here and the submarines of the 636.3 project have the same displacement as the submarines of the 636 basic project. 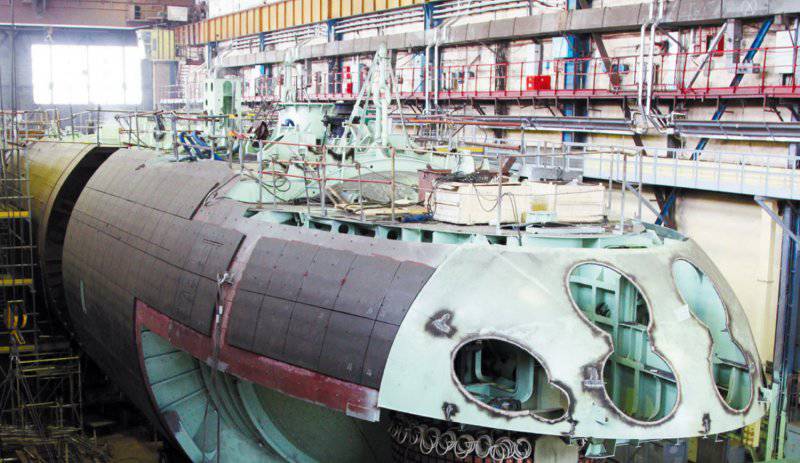 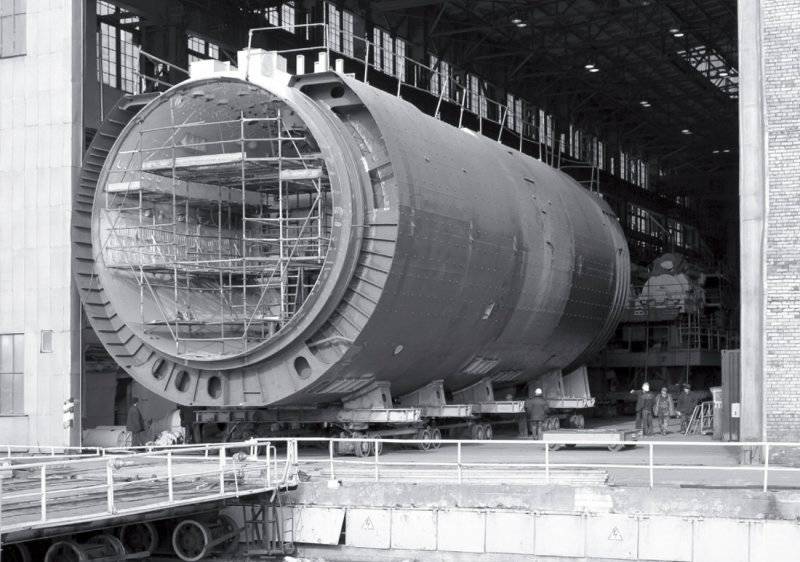 Transportation of the middle block П-Б-261 Novorossiysk head № 01670 in the 6-span of the workshop No. 12 of the Admiralty shipyards (Admiralty. № XXUMX / 5) 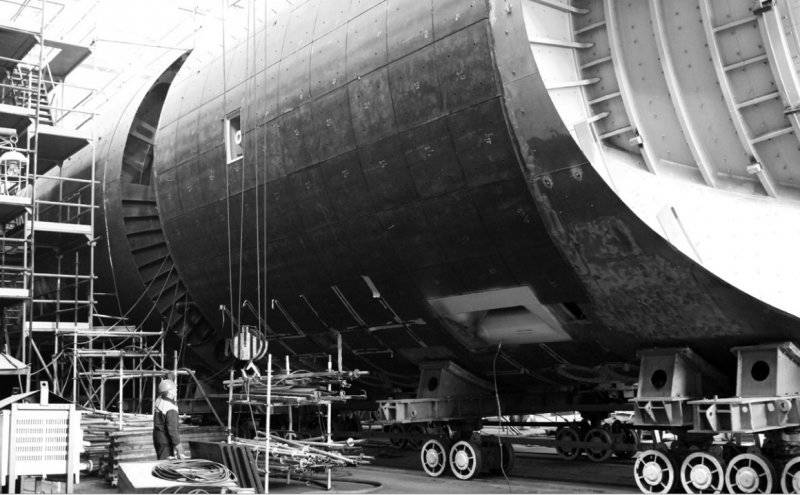 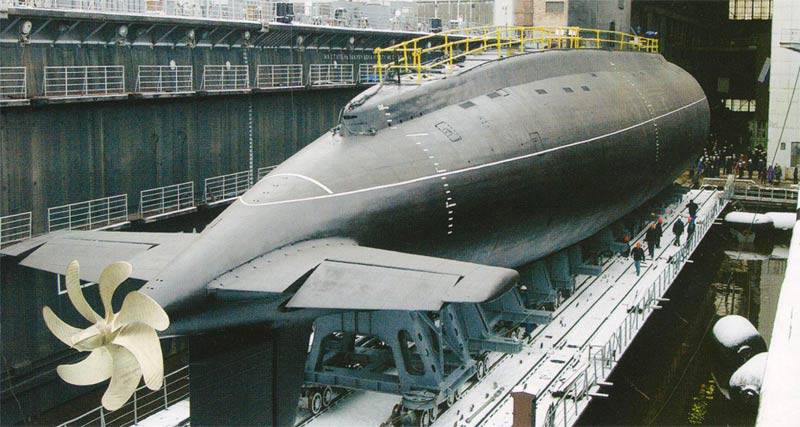 In the course of the modernization, the power plant underwent some changes, thanks to which the new Varshavyanka on the surface could pick up speed up to 17 nodes. The underwater speed remains the same: the 3 node is economic and the 20 node is maximum. The values ​​of the cruising range have not changed. In the surface position, submarines of the 636.3 project are capable of overcoming up to 7500 miles (with an increased fuel reserve, at an economic speed), in the submarine up to 400. The working depth does not exceed 250 meters; the maximum depth is 300 meters.

Armament submarines project 636.3 consists of six torpedo tubes caliber 533 mm, located in the nose of the hull in two rows (2 in the top and 4 in the bottom). Ammunition consists of several types of 18 torpedoes. If necessary, part of the torpedoes can be replaced by mines (up to 24 units). One of the most important differences between the 636.3 project and the base 636 is the ability to use cruise missiles. New submarines are equipped with equipment of the Caliber-PL missile system and are able to use the two upper torpedo tubes as a missile launcher. The submarine can take on board from 4 to 18 missiles of several modifications, equipped with various warheads. The Kalibr-PL complex provides missile launch from a submerged position. 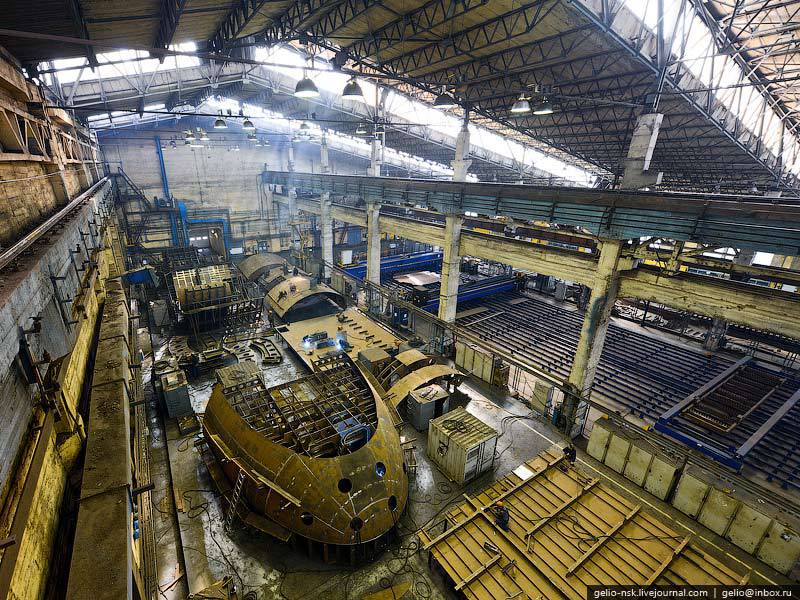 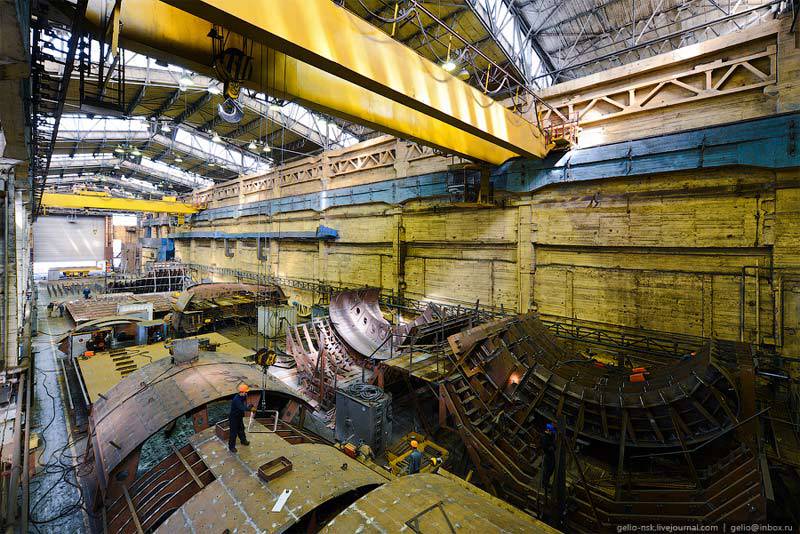 The submarines of the 636.3 project are a logical continuation of the domestic program for the construction of diesel-electric submarines, inheriting both the advantages and disadvantages of previous ships. The positive sides of the new submarines can be attributed to their low noise. In some sources, the 636.3 boats are called the quietest in the world. The use of the Kalibr-PL missile system in combination with modern target detection tools significantly increases combat effectiveness. In this new submarines are not without flaws. The main thing is the absence of an air-independent power plant. Because of this, the time the submarine was in the submerged state and, as a result, the range of the submerged course is limited, which accordingly affects combat effectiveness.

A few days left before the launch ceremony of the head submarine of the 636.3 project. Serial ships will be put to the test later, only next year. In the middle of November information appeared in the media about the training of crews for the first two submarines of the series. To date, the sailors have undergone general training of submariners, studied equipment and equipment, and also began training on the use of systems, equipment and weapons. Crews undergoing training will participate in the testing of the Novorossiysk and Rostov-on-Don submarines. Thus, the service of one of them will begin in just a couple of days.

Ctrl Enter
Noticed oshЫbku Highlight text and press. Ctrl + Enter
We are
Man-controlled torpedo Hai (Germany)Squadron for export
88 comments
Information
Dear reader, to leave comments on the publication, you must to register.