November 26 2013
33
The twentieth century, as in principle, any other century, shook many high-profile events of a negative nature. Loud murders can be distinguished from the entire spectrum of these negative events. And in turn, of all the high-profile murders can be identified murders with a pronounced political focus. At least two such murders can rightly be attributed to the murders of the 20 of the 20th century, the persons involved and the investigations of which aroused and continue to arouse great interest among various people: from ordinary people interested in the intricacies of the past years to professional forensic and historians.


It is about the murder of American President John F. Kennedy (22 in November 1963 of the year, Dalass), the version of which was recently discussed at Military Review and, of course, not only on our website (due to the 50 anniversary of such a high-profile crime). And besides, we are talking about the murder of Grigory Rasputin (December 16 1916, Petrograd). It is about this event, which if not turned the tide of the Russian storiesit was clearly one of the links in the chain, which led to tremendous changes, it is worth talking in this material. In connection with what? There are several reasons for this.

First, most recently the British edition of Birmingham Mail came out with material in which, with reference to a number of British historians and criminologists, the final journalistic verdict is being presented with information that there was British intelligence behind the murder of Grigory Rasputin. And in the same material is the name of the person who acted as one of the perpetrators of the murder of Rasputin - the agent of British intelligence in Russia (during the First World War) Oswald Rayner. By the way, the officially recognized killer of John F. Kennedy is a man whose personal data also means Oswald - Lee Harvey Oswald. And let the first have the first name, and the second has the surname, but, no matter what, it turns out that in the 20 century, Oswald was so drawn to loud political crimes ... This is so - by the way ... 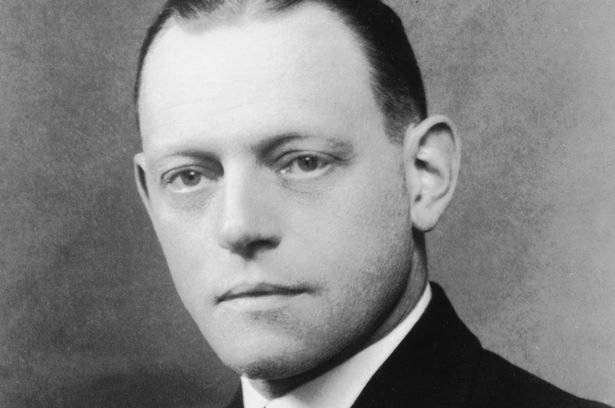 Secondly, next year marks 145 since the birth of Grigori Rasputin and 100 years since the start of the bloody World War I. And there are good reasons to link the tragic demise of this colorful character in Russian history with the further course of the great war for the Russian Empire itself, the collapse of which and the death of Rasputin almost coincided in time. 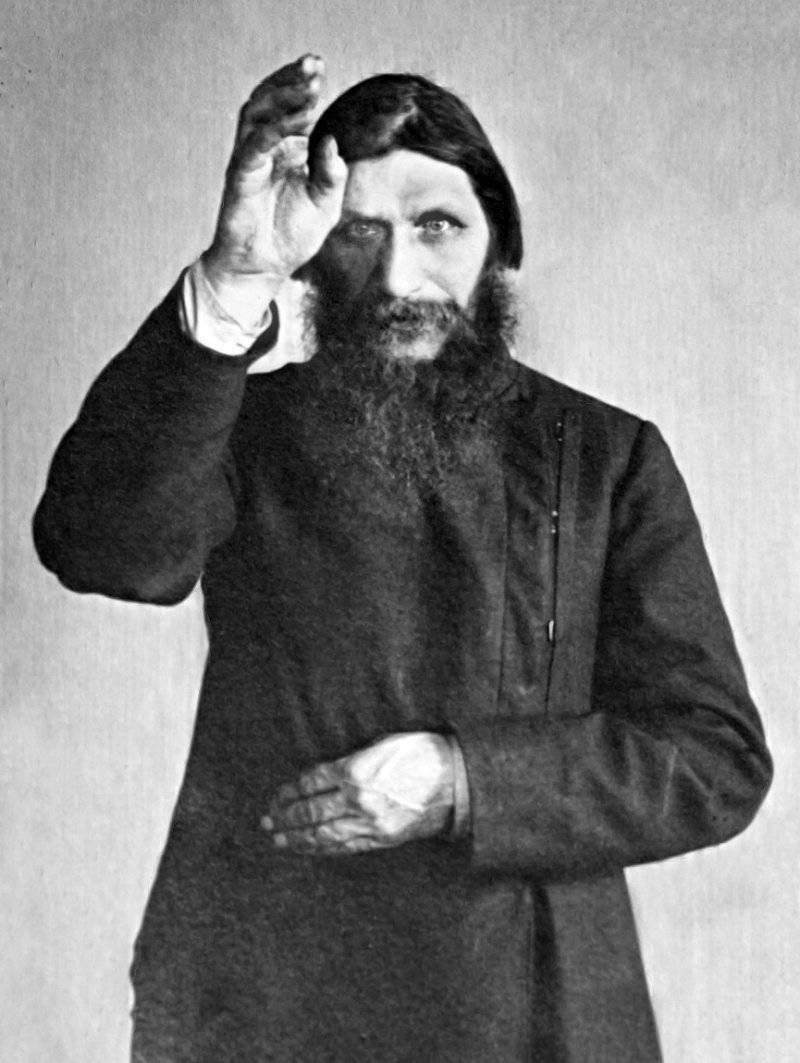 Dozens of books and tens of thousands of articles were written about the murder of Grigory Rasputin, this murder is reflected in memoirs, in documentary and feature films. That is why this material in no way claims to be called a certain new version of the murder of the "old man" or ultimate truth. The material gathers all the major versions for the entire almost century-long history of discussing this issue, all the major inconsistencies in the memoirs of the so-called Rasputin's murderers, as well as the latest publications of the British press about the tragic events of December 12, 16 on cold Petrograd night.

So, Birmingham Mail declares that the publication now knows for sure the name of the person who fired the bullet into Gregory Rasputin, which finally stopped the heart of this odious person. Is this British publication a sensation? - well, maybe with a big stretch. The story of the fact that in the famous Yusupov Palace at the time of the murder there were some unknown persons (besides Prince Felix Yusupov, deputy Vladimir Purishkevich and Grand Duke Dmitry Pavlovich) - discussed, perhaps, from the very first days after the loud murder. And the reason to suspect that these representatives of the unknown belonged to representatives of British intelligence, gave and give some interesting facts.

Just two of these facts - a posthumous photograph of Grigory Rasputin and the conclusion of the medical examiner. The photo clearly shows the hole from the entered bullet. The head of the forensic medical commission, Professor Dmitry Kosorotov, writes in his report that a shot in the head of the dying Rasputin was made almost at close range. These facts are of interest because, in their memoirs, both Yusupov and Purishkevich talk about two shots at the “old man”.

Another fact is a study from photographs of the nature of bullet wounds, which (the study) was carried out much later than the body of Rasputin was cremated in the boiler room of the Petrograd Polytechnic. After a number of numerous examinations, some of the experts came to the conclusion that all three shots were made from different rifle shots. weapons.
The first shot is from Browning (shot allegedly by Felix Yusupov). The second - from Savage gun (allegedly shot by Vladimir Purishkevich). It was as if confirmed by the commission even when there was access to the corpse of Rasputin. However, the most interesting is the third shot (shot in the victim's forehead). According to some estimates, a Webley revolver was fired, which had been in service with the British army and British intelligence since the end of the 80s of the last century.

And, finally, the fourth fact. For nearly four years, Felix Yusupov (from 1909 to 1912) studied at Oxford University. According to a number of testimonies, it is here that Yusupov meets Oswald Reiner, who just one year later enters the service of His Majesty's Intelligence (King George V), and then goes on official business of his department to Russia. Yusupov and Rayner are almost of the same age, they have close views, and not only their views on politics, but also on, let's say, on the features of sexual relations. It was the latter circumstance that gave occasion to the contemporaries of Prince Yusupov to talk about his sexual predilections, especially after Felix repeatedly allowed himself to appear in ladies' dresses and wigs, act in cabarets and other public places, defying the fact that “gentlemen are behind him” ... Rumors about his "adventures" came to his parents ... 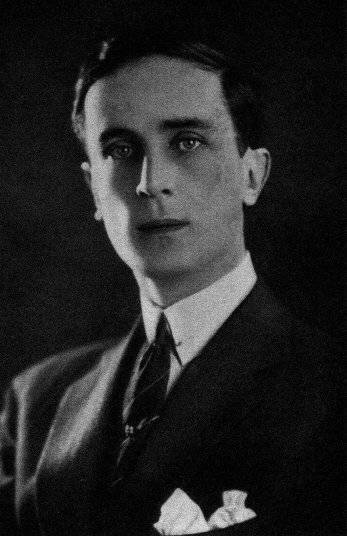 All these facts indicate that the same Osvald Reiner mentioned in the Birmingham Mail edition could have been in the late evening 16 December 1916 of the year in the Yusupov Palace (from the Yusupov Palace on the Moika to the Astoria Hotel, which, according to archival documents, was located the lair "of British intelligence, as they say, hand in hand).
But if we assume that Rainer on that fateful night was in the palace with Prince Dmitry Pavlovich (Romanov), Yusupov and Purishkevich, it turns out that all the testimony (and memoirs) of the last two are at least half-truth. The fact that the memoirs of Yusupov and Purishkevich are half-truths is easy enough to verify if you take a closer look at these memoirs. It seems that two people who wrote their memoirs (on the fact of the murder of Rasputin) at different times, tried in every way to describe a certain one, someone previously described, a script. The script, it seems, was described exactly, but there were enough inconsistencies in the descriptions of the same event by two different people. The main one of these inconsistencies is that the people who originally declared themselves to be the killers of Grigory Rasputin, as it turned out, did not have an exact idea of ​​what Rasputin was wearing on the night of the death.

Felix Yusupov (about how Rasputin was going to his palace):
Rasputin put on a silk shirt embroidered with cornflowers. Girdled with crimson lace. Black velvet bloomers and boots were spick and span. 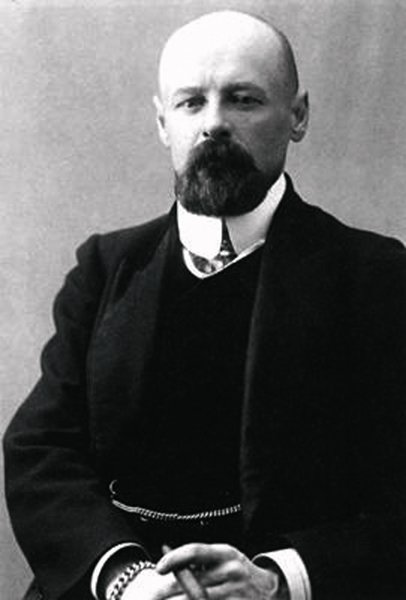 However, the corpse of Rasputin was taken from Nevka, on which was a blue shirt sewn with golden ears (according to the materials of the investigation). But the blue shirt and the shirt embroidered with cornflowers are still not the same, unless, of course, not taking into account that the cornflower-blue pattern could somehow shed in icy water by dyeing the shirt blue. And certainly not the same color blue and cream ...

Moreover, neither Felix Yusupov, nor Vladimir Purishkevich even said that there was a massive gold cross and a gold bracelet with the Romanov monogram on Rasputin. Is it not surprising that Felix Yusupov, who invited (according to his words) Grigory Rasputin to visit him, describes in small details the cord that the “old man” girded around and does not mention the flashy gold items on Rasputin at all. And somehow a person who, according to his recollections, was in the same room with Rasputin for more than two hours before the murder, is difficult not to notice what color his victim’s shirt was.

A considerable dissonance is brought in by the fact that the fur coat of the “old man” was found in the December Nevka along with Rasputin’s body, although Purishkevich claimed that Rasputin’s lifeless body was wrapped in blue fabric. If at that moment there was a fur coat on Rasputin, then it turns out that they either started shooting at Rasputin when he was about to leave, or, all the while in Yusupov’s palace, the “old man” was wearing a fur coat.

Such inconsistencies are explained by a number of historians of different years. According to one version, the same Felix Yusupov had no direct relation to the murder of Grigory Rasputin. His task was to lure the "old man" to where the guard of the latter (and this is the special police department on duty, and the Petrograd security department) could not prevent the murderers from committing a crime. Yusupov solved this problem. He invited Rasputin, with whom he had already known a considerable time, to his palace to meet his wife Irina. The wife of Yusupov, according to the scenario of the murderers, allegedly wanted to certainly meet with the "old man" face to face. That is what the young prince conveyed to the old man. Irina herself, given the data of numerous sources, did not know anything about the conspiracy against Rasputin. The “old man” really accepted the invitation of Felix Yusupov and, closer to midnight, together with Prince Yusupov went to his palace.

Felix Yusupov, in his own memoirs, written in exile already 10 years after the murder of Rasputin, states that the preparation for the murder and the murder itself was committed by him, the deputy Purishkevich and Prince Dmitry (Romanov) solely for the reason that all of them (especially, of course, Purishkevich, who by 1916 had become one of the main adherents of Russia's refusal from autocracy - author's note) was made happy for the king and the Fatherland:

... In this 1916 year, when things were getting worse at the front, and the king was weakening from the narcotic potions with which he daily drank himself at the instigation of Rasputin, the "old man" became omnipotent. Not only did he appoint and dismiss ministers and generals, he pushed the bishops and archbishops around him, he set out to depose the sovereign, put a sick heir on the throne, declare the empress regent and make a separate peace with Germany.
Hope to open the eyes of the sovereigns left. How, then, to save Russia from its evil genius? The same question that I asked asked Grand Duke Dmitry and Duma deputy Purishkevich. Without saying a word, each alone, we arrived at a single conclusion: Rasputin must be removed, even at the cost of murder.

Together with Felix Yusupov, Grigory Rasputin arrived at the palace on the Moika, where he was destined to meet his death.