November 26 2013
29
For the current 2013, the naval forces of the People's Liberation Army of China received eight new project 056 corvettes. The first of them, Bengbu, was laid down in May last year and became part of Fleet East Sea already at the end of February 2013. The ships of the new project in the coming years should replace obsolete frigates of several types of ships. According to reports, the Chinese Navy command intends to receive 50 new corvettes. 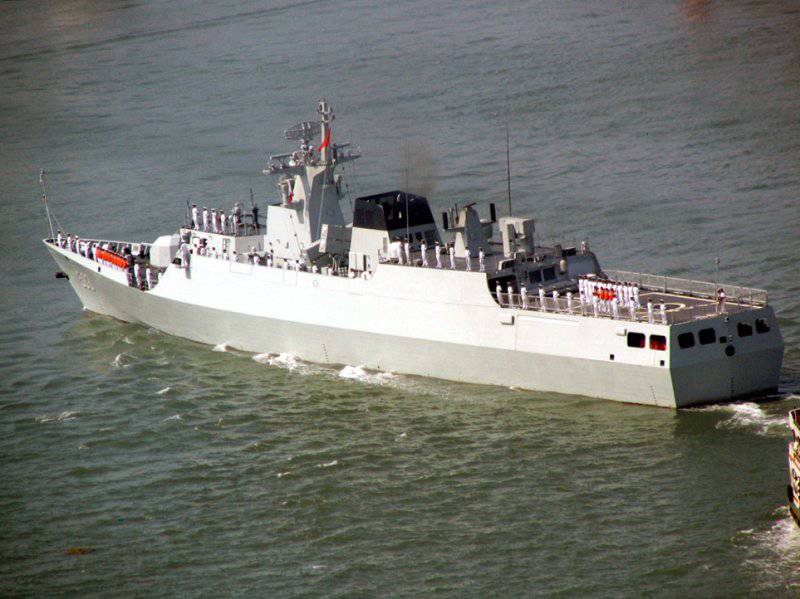 The construction rate of the corvette "Type 056" is unique to Chinese military shipbuilding. The construction of the first series of 20 ships started last spring and to date, eight frigates have replenished the combat strength of the naval forces. Two more ships are currently on trial, and five are launched and completed at the factory wall. The last ships ordered to date are on slipways at various stages of readiness. In particular, on November 20, a regular laying ceremony of one of the new corvettes took place.

One of the reasons for the rapid construction of a large number of ships can be considered a competent distribution of orders. The 056 Type Corvettes construction program involves four plants: Hudong-Zhonghua Shipyard, Huangpu Shipyard, Wuchang Shipyard and Liaonan Shipyard. Each of them simultaneously builds no more than two ships, but, working together, four shipyards are able to fulfill the order of the naval forces in just a few years. Available information on the pace of construction suggests that all 50 corvettes will be ready approximately by the end of the current decade. Official information on this issue is not yet available. 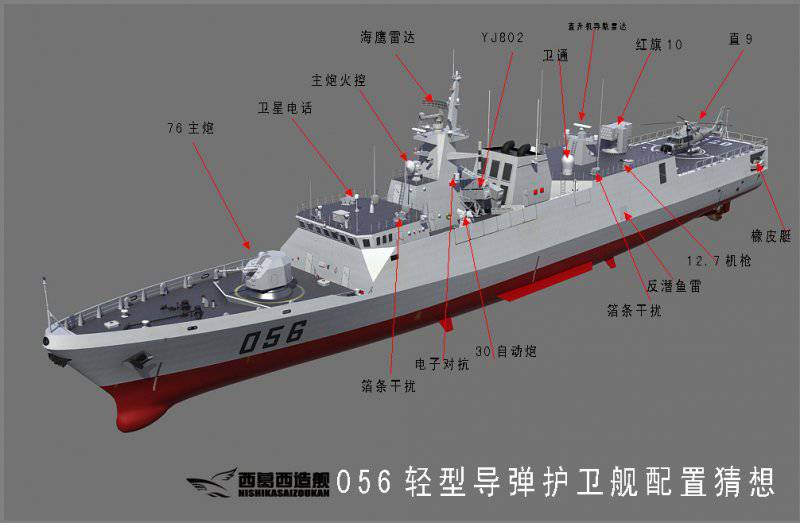 It should be noted that the timing of construction was not only affected by the approach to the distribution of work among several plants. Corvettes "Type 056" are the first Chinese surface ships, built according to a modular scheme. Due to this, the assembly of individual units and their installation on the ship takes much less time, and also ensures a high modernization potential. Thus, in the future, Chinese shipbuilders will be able to relatively quickly and simply replace outdated equipment or weapon modules, enhancing the general characteristics of a ship.

The main purpose of the corvettes project "Type 056" - patrol areas, including at a great distance from the coast. With a total displacement of 1440 tonnes, the Chinese corvettes of the new project have a length of 89 meters and a maximum width of 11,6 m. Draft does not exceed the 4,5 meter. The ships are equipped with two diesel engines, the type of which has not yet been announced. It is alleged that such a power plant allows new corvettes to pick up speed up to 28 nodes. At an economical speed of 18 knots, the ship can go up to 2000 miles. The crew includes 60 people. 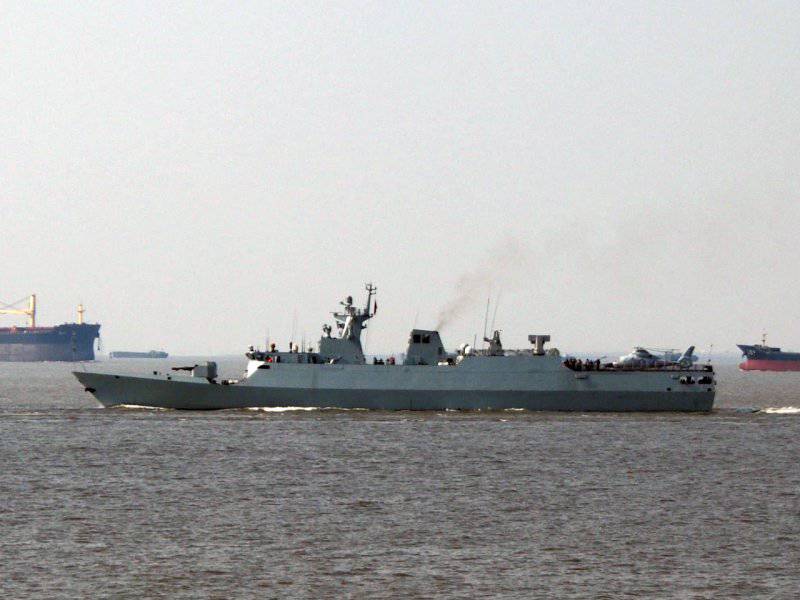 According to open information, the corvettes "Type 056" are able to deal with various surface, underwater and aerial targets, for which they are equipped with the appropriate weapon system. Each new corvette is capable of carrying two launchers with two anti-ship missiles YJ-83 on each. Missile launch range - about 300 kilometers. To protect against an air attack, the 056 Type ships are equipped with the FL-3000N anti-aircraft missile system capable of hitting targets at a distance of up to 9 kilometers. In addition, for air defense ships can use 30-mm anti-aircraft guns H / PJ-17. Corvettes are capable of destroying small surface, ground and air targets with the aid of an H / PJ-26 artillery mount of 76 mm caliber. This system is a Chinese copy of the Soviet / Russian installation AK-176, modified in accordance with Chinese requirements. Attack of the enemy submarines is supposed to be carried out with the help of two torpedo tubes.

It is alleged that the creation of the project "Type 056" used stealth technology. Nevertheless, the appearance of the new corvettes is a little similar to what is usually meant by the word "stealth". Some kind of measures taken to reduce visibility is observed only in the case of the hull and superstructure sides. These structural elements are made in the form of several conjugate planes. The remaining parts of the new Chinese corvettes in terms of reduction in visibility do not differ in any way from the old projects used on ships. 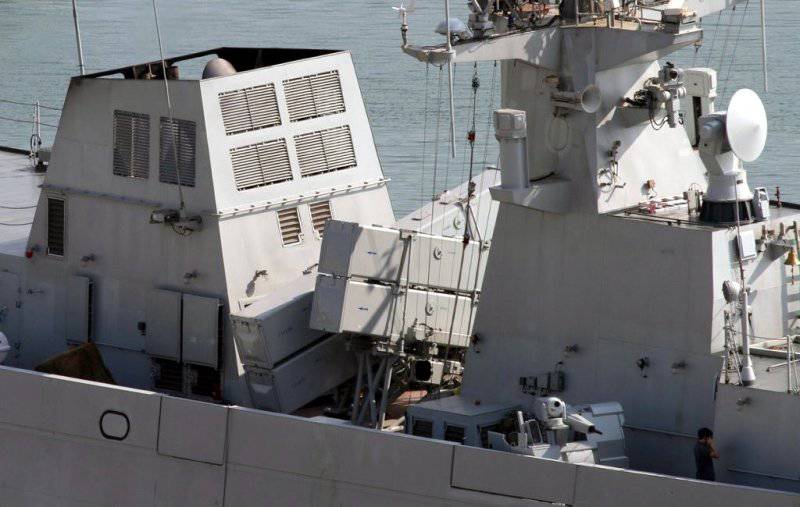 The modular design of the 056 Type ships will provide not only the possibility of relatively simple upgrades, but also, as expected, high export potential. If necessary, the corvette can be equipped with any suitable electronic equipment, weapons or other systems. To date, created three versions of corvettes offered for export. Two of them have already interested foreign customers and have become the subject of a contract. Bangladesh will be the first foreign buyer of corvettes "Type 056". At least two ships of the new project will be built for this country in the foreseeable future.

Thus, we can already say that the total number of built corvettes "Type 56" will exceed for 50 units. Fifty orders of the Chinese Navy, and the rest will go to serve in third countries. As the recent successes of Chinese shipbuilders have shown, it can take only a few years to complete these plans. 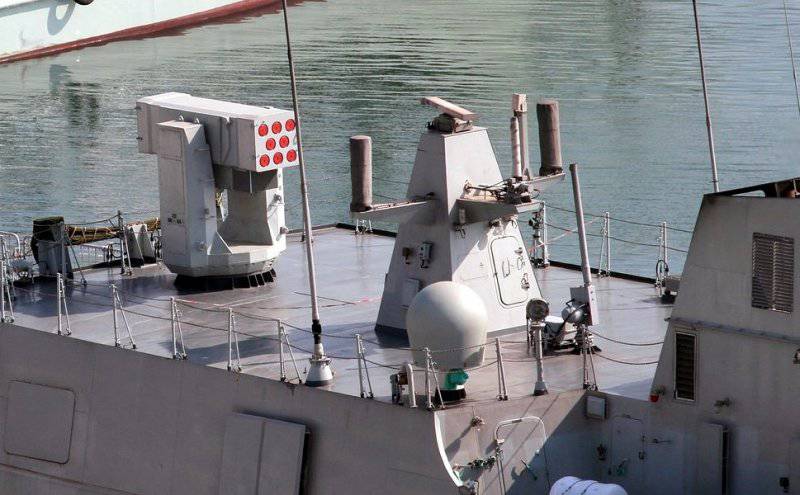 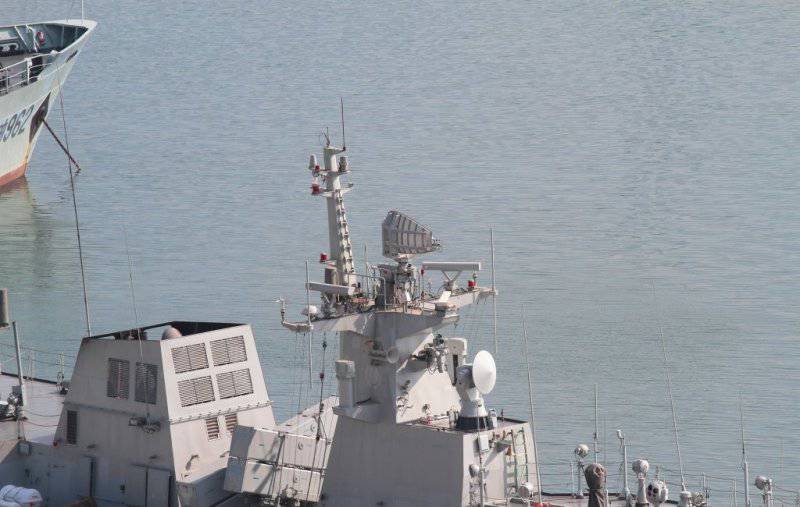 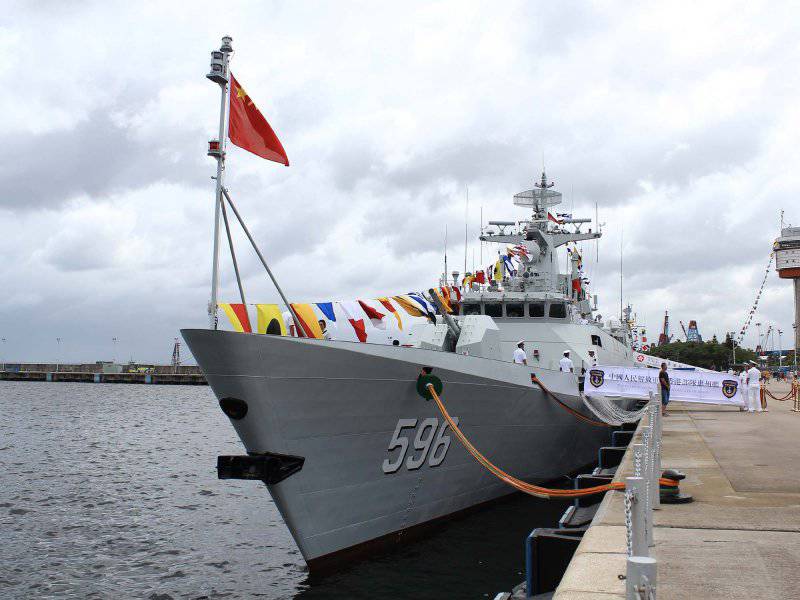 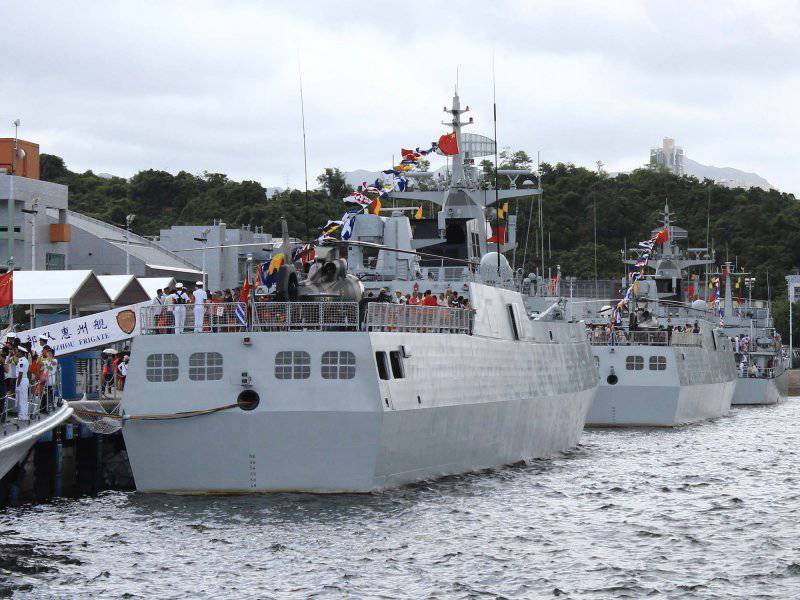 Ctrl Enter
Noticed oshЫbku Highlight text and press. Ctrl + Enter
We are
Romanian frigates in the 21 century. Part one"Svetlana". History of creation
29 comments
Information
Dear reader, to leave comments on the publication, you must to register.