One in the ocean is not a warrior

November 25 2013
173
This material is a response to the article by Oleg Kaptsov "Blow out of the water. The continuation of the disaster". In its quest to prove that ACG is an ineffective organization fleet, O. Kaptsov raised a number of questions, but, alas, gave them answers from the category of fantasy.


O. Kaptsov writes a lot, shows pictures of what can happen to an aircraft carrier if an anti-ship missile hits it. This, of course, is interesting, but here only “if” interferes.

Why would such a conclusion from scratch? Where at least one American aircraft carrier damaged by the enemy in combat conditions after World War II? They are not.

The author writes: "The situation with the Onyx warhead blast on the hangar deck looks no less terrible; a rocket can penetrate the board or fly through the openings of the aircraft lifts." Yes, it probably can, and maybe can not. 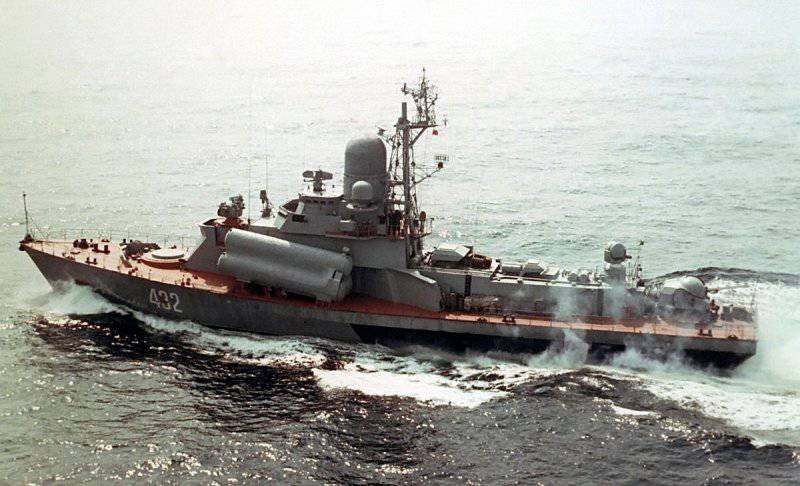 "Ooh! The storm of the seas"

Like this one the boat will chase the AUG (Carrier strike group), and even more so when the fuel runs out (joke), I do not know. Apparently, at the oars, which is also interesting. Moreover, boats are based in the Far East.The rest are cut, disassembled, decommissioned, scrapped and excluded from the Russian Navy, the state of the remaining can only be guessed.

On the 2013 year, these boats remained only in service with the Russian and Algerian Navy (Algeria, too, is the storm of the seas): Libyan naval forces with Ovod boats were destroyed during the NATO military operation in the summer of 2011, in 5 minutes. No, not for 5, for 10 minutes?; Indian ships of this project were withdrawn from the Indian Navy in 1999 — 2004.

Secondly, the Nimitz type aircraft carrier has its own missile defense, which consists of:
2-x installations RIM-7 Sea Sparrow to protect against anti-ship missiles. The speed of interceptor missiles 4256 km / h, the range of destruction of the target 19 km. Since its adoption, the system has undergone a deep modernization and is intended, inter alia, to hit supersonic low-flying / maneuvering targets;
2-x installations RIM-116 (RAM), the range of defeat the target 9 km, the speed of interceptor missiles 2 mach +.

Everyone knows that aircraft carrier one does not go, and he walks at least accompanied by 2-5 destroyers of the “Arly Burke” class, that is, the Onyx must be overcome in order to launch missile defense escort ships. We don’t take into account actions on advancing destroyers with their automated system Aegis and aviation aircraft carrier. Is it capable of a Russian morally obsolete "boat"? Of course not.

The author writes: "The carrier and wing are separate."
No, it is not, they exist together, otherwise it will not be an aircraft carrier, but the Russian "aircraft carrier" Admiral Kuznetsov.

Further, the author reports: "If you pile up 80-90 machines, they tightly block decks, elevators, catapults, etc.".

If the author is referring to the word "machines" multi-ton dump trucks, then yes, they will block everything. But if “cars” are airplanes, then no, since the American aircraft carrier was designed and intended for use in combat conditions up to 90 aircraft of various classes.

The author points out further: "on board the Nimitz, depending on the situation, etc., there is no more than 50-60 aircraft".

That's the way it is, but not so. On board the Nimitz there are as many airplanes as necessary for the assigned tasks, and if necessary, all 90 will be located.

This is from the series that, they say, it is unlikely that the Americans landed on the moon, but they landed there. If necessary, the AUG wing will provide a round-the-clock patrol, including DRLO aircraft.

Author: "Despite all skeptic objections, there is a lot of reliable evidence of a PLO AUG breakout with submarines from different countries. The Calibrov underwater carriers have high chances of approaching the AUG on 50 km, and then shooting it" point-blank. "

In principle, in peacetime, such "breakthroughs" occur every day, for example, in the Mediterranean Sea or the Persian Gulf by various ships: bulk carriers, tankers, sailboats, "Abramovich's yachts, even, they say, Su-27 flew by). But they are not even dreaming about combat conditions, and even more about shootings at close range. Although if the kamikaze crew is on a boat or in an airplane, they may take the risk.

Author: "Low-flying anti-ship missiles are extremely difficult-to-find objects. Their small size, against the background of the underlying water, which in itself is a wonderful reflector - there’s nothing to hope that the Hawkai radar can detect them for a hundred miles. Next, the response time of the fighters - they need to turn around and take the necessary position in space, detect and take on low-flying anti-ship missiles. Finally, AIM-120 missiles need time to reach the target, which by that moment can already detach the warhead and go to Sound (2,9 M) ".

Why “AIM-120 with F / A-18” is not entirely clear, but oh well.
Let me remind you once again, the US aircraft carrier, one does not go, and he goes into the carrier strike group (CSG), namely: an aircraft carrier, 1-2 cruiser URO "Ticonderoga", 3-4 destroyer URO "Arleigh Burke", 1-2 submarine " Los Angeles". 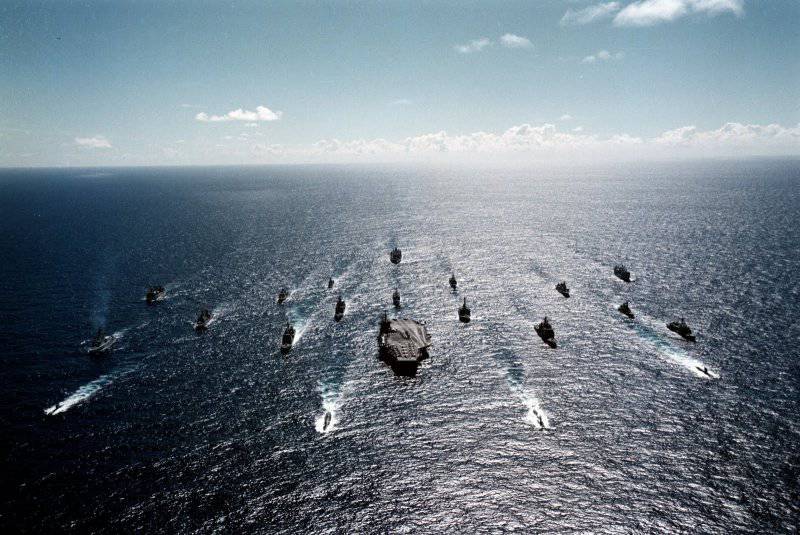 Such compounds have the ability to strike up to 1800 km. The defense of the aircraft carrier is built in several echelons. May be enhanced by anti-aircraft carrier strike groups, coastal aircraft. The total depth of the anti-submarine defense of an aircraft carrier is approximately 200 nautical miles (370 km) and more, air defense is approximately 300 nautical miles (550 km).
Cruisers and destroyers are armed with the Aegis system. This is a ship's multifunctional combat information and control system, which is an integrated network of ship means of lighting the situation, means of destruction.

The main element of the system is the radar AN / SPY-1. The system is capable of automatically searching, detecting, tracking 250 — 300 targets and targeting the most threatening of them before 18 SAM (SM-2, SM-3. ESSM, including artillery). The decision to defeat the targets threatening the ship can be made automatically. 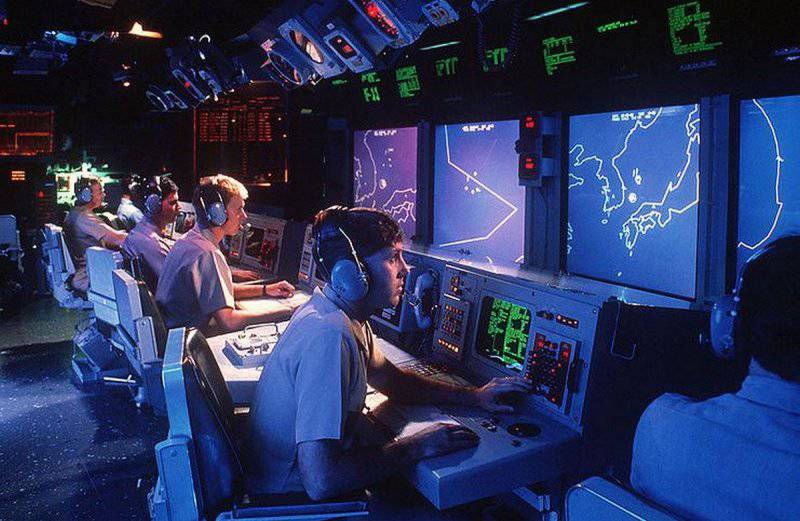 Pay attention to the monitor (photo), 1 ship - and under control: Japan, Korea and part of China

Back in the Soviet Union, it was concluded that the effectiveness of the AUG shipboard air defense increased significantly with the appearance of Aegis. A full onboard volley of a 949A submarine (X-NUMX of P-24 Granite missiles) does not guarantee a breakthrough of AUG anti-aircraft systems even at the level of the presence of only one TiconderoG cruiser and no patrol fighters. One such cruiser has 700 defensive lines and can effectively repel an attack of 3-19 missiles. The presence of effective means of EW allows you to dramatically increase this parameter, since there is a high probability of removing the missile to interferences.

And we already know that the aircraft carrier also has its own missile defense system.
. 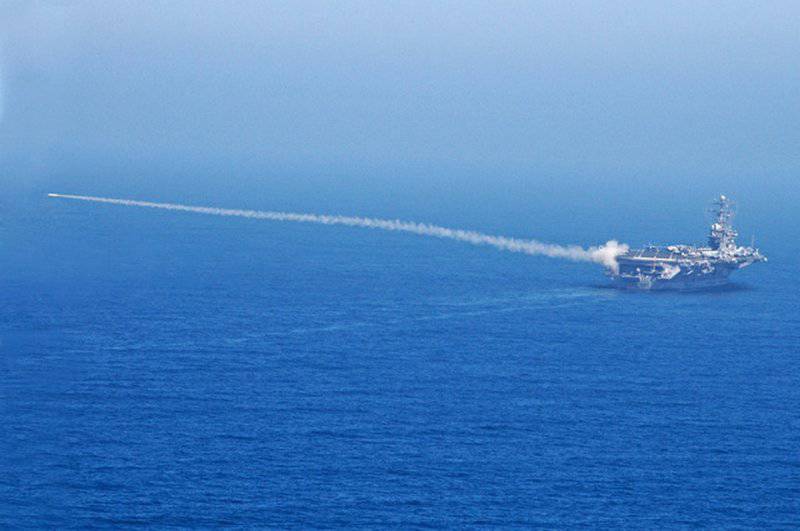 PS In the United States, successful tests were carried out on the vertical launch of new anti-ship missiles LRASM (long-range 800 km). The new missile represents the development of the stealth concept of stealth. The rocket independently searches for targets in a given area, identifies the target even in a difficult jamming environment and independently coordinates the attack plan. Launched into the intended search area, the rocket can be in the air for a long time, until it finds a ship similar to its characteristics — and only then attacks it.

Isoroku Yamamoto after the attack on Pearl Harbor.
All we did was awaken the sleeping giant and filled it with terrible determination.
Of the 22 ships that took part in the attack, only one survived by the end of the war.