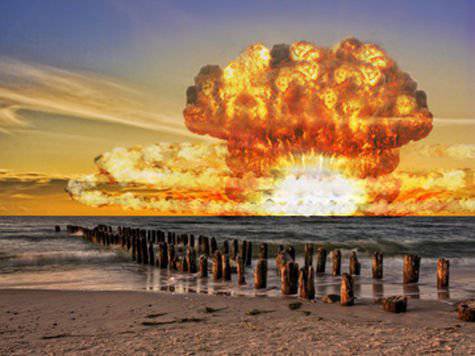 After nearly a week of tense negotiations in Geneva, the Six international mediators (Russia, USA, China, Britain, France and Germany) and Iran reached an agreement on the nuclear issue. This deal has already been called "historical". "Diplomacy has paved the way for a safer world," proclaimed US President Obama. However, the agreements reached do not put an end to the story of Tehran’s nuclear ambitions - rather, an ellipsis.

What does the international community receive from Iran, fearing that the Islamic Republic will soon become the owner of a nuclear weapons?

According to US President Barack Obama, Tehran agrees to abandon the deployment of new centrifuges to enrich uranium, allow international inspectors to enter its nuclear facilities and freeze the construction of a heavy water reactor that is technically capable of producing weapons-grade plutonium.

"Iran has agreed to a number of additional measures. The IAEA’s capabilities to control Iran’s nuclear program are significantly expanding, and we are fully confident that Iran will cooperate in good faith with the agency," Russian Foreign Minister Sergey Lavrov said, calling for "easing the pressure on Iran." .

What does Iran get from the “Geneva deal”?

In response to its concessions, Tehran receives a partial easing of economic sanctions. According to media reports, it is primarily about the defrosting of Iranian foreign assets in the amount of $ 4,2 billion.

US President Obama called the agreements reached the first but important step, opening the way to further negotiations on the whole range of issues of concern to the world community.

As an “insurance”, it is stated that if within half a year the international community does not see the Iranian partners fulfilling the promise, the sanctions will be restored in full.

"The broader sanctions architecture will remain intact and we will continue to use them toughly," said Barack Obama, who called on Congress not to accept new sanctions against Iran in connection with the agreement reached.

Recall that progress in resolving the problem was possible after the election of the moderate Iran Hassan Rouhani in June 2013 of the year, but the first round of talks, held in Geneva on November 7-9, ended in vain.

Despite the optimistic notes that sound about the Geneva agreements, not everyone is in a hurry to rejoice at the deal between the Six and Tehran. First of all - in Israel. The Prime Minister of this country spent the last days in tense negotiations, trying to prevent the conclusion of a deal, which, according to Israel, will only play into the hands of Iran, which is not going to give up its plans to build nuclear weapons. According to the Israeli point of view, the easing of sanctions will give a break to the Iranian regime and will help it even closer to obtaining weapons of mass destruction.

“Israel cannot join the world jubilation based on deceit and self-deception,” said Israeli intelligence minister Yuval Steinitz, who is in charge of the cabinet for issues related to the Iranian nuclear issue. “This is a bad deal, making it difficult to find an acceptable solution in the future.” Like the failed agreement with North Korea, the current agreements could actually bring Iran closer to finding a bomb. ”

Barack Obama decided to reassure Israeli Prime Minister Netanyahu by talking to him on the phone on Sunday. But it is very doubtful that the President of the United States will be able to find words that will be able to mitigate in Israel dissatisfaction with the Geneva agreements.

Moreover, among American politicians, many are extremely skeptical about the possibility of curbing the appetites of Iranian rulers with diplomatic curtsies. Thus, Republican Senator Mark Kirk is confident that easing anti-Iran sanctions will provide the state, which the United States considers to be a sponsor of terrorism, billions of dollars in exchange for cosmetic concessions. And another Republican senator Marco Rubio believes that the Geneva agreement makes "nuclear Iran no less, but more possible." In his opinion, the deal with Tehran strikes at the American allies in the Middle East region (Israel is probably meant first of all - however, Arabian monarchies also have serious concerns about the possible strengthening of Iran) and “sends the wrong message to the Iranian people, who continues to suffer under the repressive rule of their leaders, who think only of their own self-preservation. "

Ctrl Enter
Noticed oshЫbku Highlight text and press. Ctrl + Enter
We are
Iranian Foreign Minister Mohammad Javad Zarif gave an exclusive interview to RTUranium enrichment: Iran has managed to master technologies that are not available for the US
47 comments
Information
Dear reader, to leave comments on the publication, you must to register.