Energy Efficiency in the Service of Economic Growth 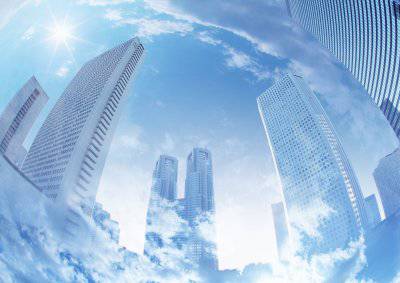 The economic sector of the government recorded growth in the Russian economy in October at 1,8%. If this growth trend continues, the figure in 1,8% will correspond not only to October, but to the entire 2013 year. Today finance news say that in terms of economic growth, Russia ranks last among all the countries in the BRICS, but the economy of the Russian Federation in terms of growth rates is ahead of most of the economies of the EU countries.
22 November during the meeting, Dmitry Medvedev said that it was necessary to find leverage to increase the rate of economic growth. One of the levers is to increase the efficiency of energy saving. As a positive example of energy efficiency today is the Russian capital. Here, over the 2011-2013 period, 16% of consumed water, 8% of gas, and 4% of electricity were saved. These are millions of rubles, which allowed to attract additional investments, to open new jobs, including in the manufacturing sector. The example of Moscow, according to the government, can be transferred to the country as a whole.
A number of experts consider such an initiative reasonable, but they also see certain problems with its implementation. In some regions of Russia, the housing and utilities system, together with infrastructure facilities, is so outdated that with all the desire to save on water or electricity, nothing will come of it. It is difficult to save water in the neighborhood of the city, in which in 80% of houses the pipes have not changed for more than 30 years. Water from such pipes gushing, filling the cellars. It is difficult to save electricity where the wiring was last brought into proper form under the Provisional Government, and yet such apartment buildings in Russia do not just exist, but also local authorities are in no hurry to determine their status as dilapidated housing.
It is necessary to take into account the result of such savings, if it still manifests itself. If the money saved goes to the development of the economy, then this is one thing, and if it is in the pocket of a group of officials, then this is quite another.
Meanwhile, it is energy efficiency, primarily in the manufacturing sector, that is today the engine of the economies of many countries, which are moving from the category of developing to the developed. This must be taken into account in the Russian realities as well, in order not to miss the opportunity to disperse the economy not only due to high oil prices.
Ctrl Enter
Noticed oshЫbku Highlight text and press. Ctrl + Enter
We are
Results of the week. "Either true or all is well"