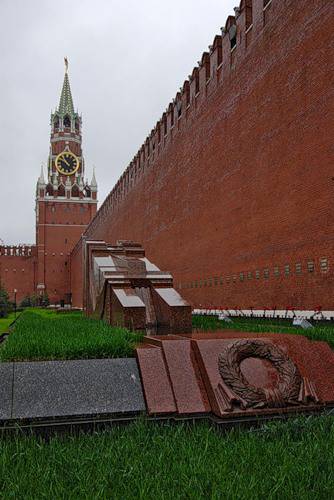 The first half of the 80-s in the USSR is called by some historians the age of elderly leaders. The word "aged" managed to become a stamp. A possible reason for this stamp was the private funeral of the general secretaries, starting with 1982 and ending with 1985. In fact, after the death of 1982-year-old Leonid I. Brezhnev in 75, a far from deep old man came to power in the country - Yuri Andropov. At the time of coming to the post of General Secretary of the Central Committee of the CPSU, Andropov was 68 years old. As they say, it’s far from being a boy, but it is impossible to attribute it to the number of aged politicians of Andropov.
Is it possible to attribute the leaders of Konstantin Chernenko to the number of "elderly"? If we consider a person at the age of 72 to be aged, then yes. Although in the world and by that time there were enough examples when the highest political posts in the state were occupied by much older people.
However, whether to call the secretary general deep old men or not, they died literally one after another. And funeral broadcasts from 1982 to 1985 have already become almost familiar. Someone went away from a stroke, someone from liver and lung failure, someone from a whole bunch of diseases. Despite the official reports on the reasons for the death of the first persons of the state, there were those who did not believe such reports. People talked about the following: didn’t the leading figures of medicine could extend the life of the general secretaries, didn’t they follow? stroke prevention recommendations or other ailments.
Together with such judgments, they began to exaggerate the version that certain "dark forces" helped the leaders to go to the next world. The version of the conspiracy began to spread after people learned that at that hour when Andropov was dying, not professional resuscitators were on duty at his bedside, but a therapist who, according to some sources, underwent only appropriate course training. The number of supporters of the conspiracy against Andropov increased after people saw Margaret Thatcher and George Bush (the elder, of course) at the mourning ceremony.
After that, rumors spread that Andropov was removed by Western intelligence agencies, who then continued their “work” on Chernenko, assisting the coming to power of Mikhail Gorbachev. The version turned out to be extremely tenacious, and they are still discussing it.
Ctrl Enter
Noticed oshЫbku Highlight text and press. Ctrl + Enter
We are
He defended his guardsByzantine intrigues in the Kremlin
2 comments
Information
Dear reader, to leave comments on the publication, you must to register.