Leonid Ivashov: “Some people believe that to be a patriot is to be a participant in lawlessness” 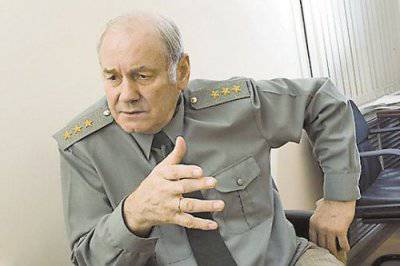 The number of oligarchs grows, injustice grows, the level of corruption grows


A survey of the Levada Center regarding indicators characterizing the level of patriotic attitudes in society has been published. It turned out that the number of respondents who call themselves patriots of Russia has fallen compared to the beginning of the zero years and is 77 versus 69%. The share of non-patriots has increased (19 vs. 16%), while 21% believe that being a patriot means acting for the good of the country. This is noticeably lower than in October 2000, when 35% responded positively to this question.

What do these data indicate? Leonid Ivashov, President of the Academy of Geopolitical Problems, comments on the situation for KM.RU.

Statistics that show a decrease in the level of patriotism in Russian society, of course, sad. It is caused primarily by the actions of the authorities. Not in general, people attribute their non-patriotism to the country, but simply cease to trust the authorities, associating all of Russia with government structures. This is the first reason.

The second reason I see is that the state and the elite governing the country do not set high goals for the development of society and every person. People do not see what modern Russia seeks, what it wants to be in the future. If there is no vision of prospects, it means that people show apathy, anger against the government and do not want to be patriots of that foreign and domestic policy that is being pursued by Russia. Strategic plans are absent, the power gives "promises", they are not executed and no one reports to them. People see no prospects for living in such a country.

The third reason: people notice what real processes are happening in the country. The number of oligarchs is growing, injustice is growing, the level of corruption, acts of terrorism and so on is growing. All the negative volleys hit on the consciousness of each person through the media, through rumors and so on. Some people believe that to be a patriot is to be a participant in the lawlessness that is happening in the country, and that’s what people don’t want. Look at the hackneyed topic, the “serdyukovschina”. People see that they have made a little bit more noise, and now they spit in their face, arranging Serdyukov for a well-paid job. Now he will be engaged in research in the field of engineering.

The worst thing is that the number of people willing to leave Russia is growing on all four sides.

There are discussions: Mrs. Vasilyeva has not thirteen rooms, but only six. And how do people who make ends meet it? In the Astrakhan region - continuous slums, and honest workers live there! People lose faith in everything and everyone, in the justice of this power, and then, associating Russia with power, they also lose faith in it.

But the worst thing is not the fall of patriotism, because patriotism can grow. The worst thing is that the number of people willing to leave Russia is growing on all four sides. This is a complete disappointment in the Russian reality, and for young people and for the country as a whole, it is disastrous. This power came in the wake of Yeltsin and Gaidar. I believe that officials often fight for any position, not in order to be responsible to the people, but in order to plunder and not be caught in it.

Probably, the law enforcement agencies received a command to fight corruption: the mayors had already fallen into this, and the vice-governors. These are the officials who are given the sanction to work, but they are already afraid of digging above. Such is the power, and therefore people have absolutely no faith. According to the number of accidents per thousand aircraft, we are the most advanced in the world, and this indicates that there is no system for managing processes and people in the state.

Ctrl Enter
Noticed oshЫbku Highlight text and press. Ctrl + Enter
We are
What you didn't want to know about EnglandWhat we lost
122 comments
Information
Dear reader, to leave comments on the publication, you must to register.