In Crimea, state tests of the new version of the aircraft L-39M 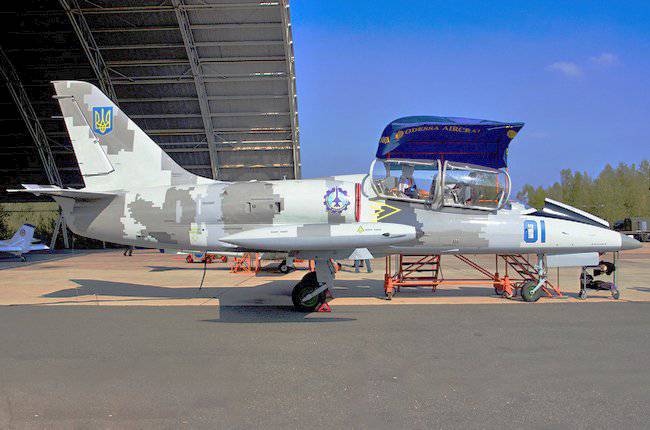 At the military airfield "Kirovskoye" of the State Scientific Testing Center of the Armed Forces of Ukraine, in the Crimea, the state tests of the L-39М aircraft, which differs from the basic L-39 aircraft by the presence of the BTN 39 training complex, take place.

BTK is intended to imitate the work of the aiming complex of a MiG-29 combat aircraft, to form a tactical situation, and to train a cadet or pilot in solving tactical problems using the weapon system of the MiG-29 aircraft. That is, this aircraft is a flying simulator to prepare the pilot for combat work on the MiG-29 aircraft.

At the first stage, flight design tests took place, and now - state tests. Almost half of the program was completed, 20 flights, of which 6 - with combat use on ground targets and, accordingly, 14 - on simulated air targets. The approximate deadline for testing the flight unit is the end of August of this year.

Then - the elimination of the identified deficiencies, the preparation of mass production, the launch of the aircraft into service. Production consists in the modernization of the standard aircraft L-39 with the installation of additional equipment.

Ctrl Enter
Noticed oshЫbku Highlight text and press. Ctrl + Enter
We are
Competitions FSKN Rossi tactical shooting - 2014 yearThe position of the BTK Group regarding publication in the Izvestia newspaper. False information must be refuted
17 comments
Information
Dear reader, to leave comments on the publication, you must to register.