China has adopted a new ACS

November 25 2013
21
IHS Jane's Defense Weekly reports that a new self-propelled artillery mount has been adopted by the People’s Liberation Army of China. The first batch of new combat vehicles, known under the name ZBL-09, according to Jane's source, was transferred to the 162-th light mechanized division. The number of cars in the first batch is unknown. 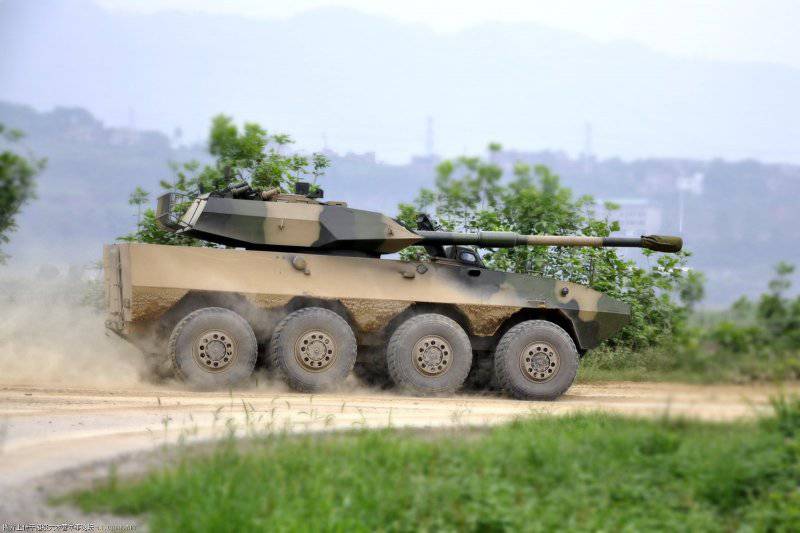 The ZBL-09 self-propelled artillery system was created by Norinco based on the ZBD-09 infantry combat vehicle already used by the troops. The four-wheel wheeled chassis is said to provide high road performance on highways and on rough terrain. The tower of the original design is installed on the body of the combat vehicle. The main weapon wheel self-propelled gun became caliber 105 mm. Thus, the new SAU will be able to use the same ammunition as the light tank, the adoption of which was reported a few weeks ago.

According to some reports, the ZBL-09 self-propelled artillery, being created on the basis of a wheeled infantry fighting vehicle, has a different layout of the internal hull volumes. Thus, the basic infantry combat vehicle ZBD-09 had an engine compartment in the front of the hull, at the starboard side, and the entire middle and rear hull were given to the amphibious troop compartment for transporting soldiers. Due to other tactical tasks self-propelled built differently. Department of management with the workplace of the driver is located in front of the hull and shifted to the left side. In the middle part of the corps there is a fighting compartment with a tower, and the engine and transmission units are moved to the stern. Thus, the ZBL-09 combat vehicle, despite its “origin,” is similar to the tank in the layout of the internal hull volumes, rather than the base BMP.

As far as is clear from the available materials, the body of the ACS was made on the basis of the body of the base infantry fighting vehicle, however, it has several noticeable differences due to a different arrangement of volumes and aggregates. According to some sources, the level of self-propelled defense remained at the level of the base BMP. Thus, the armored hull protects the crew and units from 12,7 mm armor-piercing bullets when attacking from the front hemisphere. The hull sides and stern can withstand the hit of 7,62-mm armor-piercing bullets. There is information about the existence of additional protection modules designed for installation on the BMB ZBD-09. Probably, such equipment can be used with the new ACS, increasing its level of protection. There is also reason to believe that the design of the ZBL-09 used some technical solutions that increase the survivability of the machine when hitting a mine. 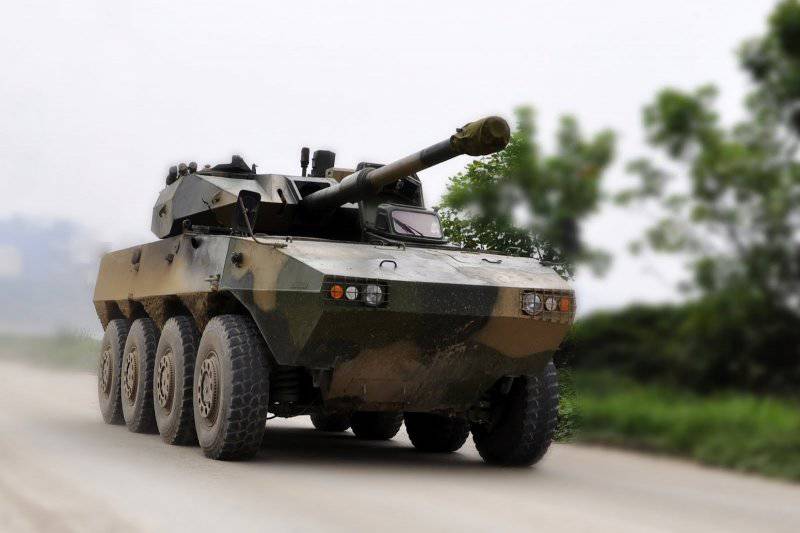 The base BMP uses a Deutz BF6M1015C diesel engine with 440 horsepower. Available information suggests that the same diesel is used in the new self-propelled ZBL-09. Such a power plant provides the combat vehicle with a mass of 21-23 tons of maximum speed on the highway to 100 km / h. In addition, two water cannons in the rear part of the hull make it possible to overcome water obstacles by swimming. Cruising when driving on the highway - about 800 km.

As the main weapons self-propelled gun ZBL-09 uses 105-mm gun. This weapon can use all existing shells in China of the appropriate caliber. There is information about the possibility of using guided anti-tank missiles. As an additional weapon, 7,62-mm machine gun coupled with a gun and 12,7-mm anti-aircraft gun mounted on the roof of the tower are used. Also on the tower there are smoke grenade launchers.

The characteristics and model of the gun used on the new self-propelled artillery installation remain unknown. Probably, the Chinese gun is another development based on the British L7 gun and has the corresponding characteristics. Thus, we can assume that the self-propelled guns ZBL-09 is primarily intended to combat light armored vehicles and tanks outdated models. To defeat such targets, a 105 mm caliber gun will be sufficient, and more serious targets should attack the main tanks. 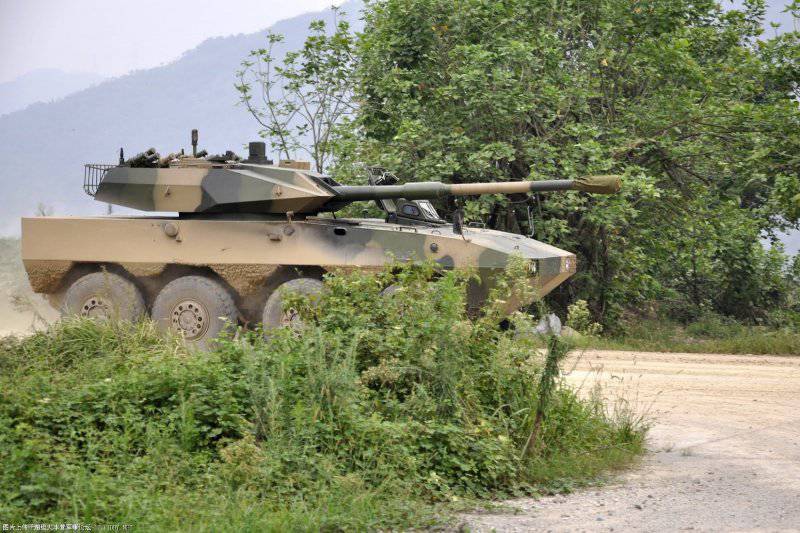 In its appearance, the new Chinese self-propelled artillery installation resembles some foreign machines of a similar class. First of all, I recall the Italian "wheeled tank" B1 Centauro with similar chassis and weaponry. The Italian "Centaur" is used as a reconnaissance and fire support vehicle for motorized rifle units. Probably, the Chinese SAU, as follows from the available information, also belongs to the conditional class of "wheeled tanks" and is designed to deal with enemy armored vehicles, etc. tasks.

SAU ZBL-09 is not the first car of the family. Earlier, on the basis of the infantry combat vehicle ZBD-09, the evacuation and command-staff vehicles were created. There is also information about the work on the creation of self-propelled gun caliber 152 mm, self-propelled mortar and other military equipment.