Agent under the pseudonym "Cicero" 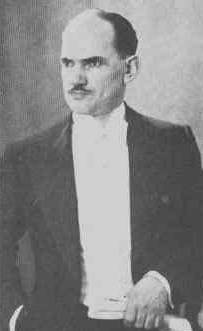 “Extremely valuable information,” “information that has no price,” “intelligence, the importance of which cannot be overestimated,” commented in such expressions the heads of the intelligence services of Reich III on the activities of their agent, working under the pseudonym “Cicero”.

Officially, Turkey during the II World War remained neutral. All attempts by Germany to persuade Ankara, who sympathized with her, to enter the war were not crowned with success. In the winter of 1942-1943, the Turkish government closely followed the course of the Battle of Stalingrad and waited for the outcome of the battle. In the event of the fall of the city, Turkey entered the war on the side of the Axis countries. Stalingrad resisted. Moreover, Germany suffered a heavy defeat, the Wehrmacht suffered unheard of losses. Turkey’s entry into the war was postponed indefinitely.

While the soldiers of the opposing powers were destroying each other on the fields of Europe and in the jungles of Southeast Asia, embassies of all countries participating in the World War continued to function in Ankara. At social events and official receptions, diplomats of the opposing countries preferred to defiantly ignore each other. But in the silence of the cabinets there was another war, without shots of explosions and attacks. On the patch of neutral Ankara they clashed in a silent reconnaissance struggle of all world powers.

Elyas Bazna, who worked for the secretary of the British embassy Douglas Bask, was well aware of this.

Easy way to get rich quick

Elyas Bazna was born in Pristina and was Albanian in origin. Before World War I, the family, in anticipation of difficult times, moved to Turkey and settled in Ankara. Elyas always wanted to get rich. He tried many professions, was a water carrier, a chauffeur, a photographer, even tried to sing, but none of these classes promised him wealth. In the end, Elyas set foot on the path of professional kawasa - servants in a foreign embassy. Bazna served in the Yugoslav, American, German, English embassies, gradually gaining experience and climbing the professional ladder.

One day, while cleaning up Douglas Basque, Elyas noticed that he had put some documents on the table and left the room, leaving the drawer unlocked. Rather out of curiosity than pursuing a specific goal, Bazna polishing the desk top opened a drawer. The top document began with the phrase “Top secret!” (Top secret). It just dawned on Bazna: here they are, money! He decided to become a spy.

Bazna did not rush, fever. As an experienced hunter, he began to wait when a larger game gets into his field of vision. The English Ambassador, Sir Hugh Natchbull-Hughessen, who had an old servant, became the “fat rabbit”. Bazna asked Douglas Bask to recommend him to Mr. Ambassador. Coming to Sir Hugh, Elyas pretended to be an executive, slightly blunt, little, who had difficulty understanding in English and was taken to serve as a valet.

Sir Hugh was of noble blood. Every evening he took a bath for at least 40 minutes. While the hereditary aristocrat enjoyed water procedures, his valet cleaned up the room, cleaned Mr. Ambassador’s clothes. So thought Sir Natchbull. In fact, while the ambassador was splashing, Bazna took out documents brought by Sir Hugh from the embassy from the red box, laid them out on the table and carefully photographed them. The prim Briton did not consider it necessary to lock up the casket, if there was no one in the apartment except himself and the “stupid” servant, either a Turk, or a Greek.

Elyas did not spend time reading and sorting papers according to their importance, but simply took pictures of all documents in a row that were classified as “Top Secret”. That's when his skills as a photographer came in handy!

True, especially important documents Mr. Ambassador locked in the safe, but Bazna soon made copies of the keys, and a familiar artisan made duplicates for him. Elyas got access to all the secrets of the English Embassy. When the film in Lake finished, Bazna decided it was time to look for a buyer for English secrets.

Selling secrets of British diplomacy at a discount

The idea to contact the Turkish special services Bazna rejected immediately. Feeling a sincere appreciation for the country that became his own, the spy nevertheless rightly reasoned that the Turks would pay him pennies (if they paid anything at all, but would not surrender to the British). For the same reason, the American version was rejected. Germany or the USSR? The choice fell on the German embassy.

October 27 1943, Elias appeared to the counselor of the embassy Albert Jenke and offered him a film with a pile of hidden secrets of the British crown for modest 20 thousand pounds sterling. At the same time, Bazna promised to establish a regular supply of “goods” at the price of 15 thousand per coil (for regular customers a discount!). Jenke was afraid to take responsibility for making a decision (what if he was a setup or provocation?) And called Ludwig Karl Moisis, the foreign intelligence officer of the SD, who was listed as an attaché at the embassy.

Moisis talked with Bazna for several hours, trying to catch him on contradictions, but the valet’s answers were accurate and did not allow double interpretation. In the evening, a telegram went to Berlin, in which an employee of the SD reported incredible luck and asked to deliver money urgently. The answer came immediately: "The courier with the money is on the way."

In the evening of October 30, Moisish transferred 20 thousand pounds sterling to Albanian and received a reel with 50 frames in exchange. The German intelligence officer personally showed the film: it was not his career that was at stake, but his head. In the morning, shining Moisis put a little wet pictures on the table in front of the German Ambassador to Ankara von Papen. “It is important!”, “Very important!”, “Extremely important!” - the ambassador commented on the contents of the documents. On the same day, the film together with the diplomatic post went to Berlin.

In Berlin, the "parcel from Ankara" did not cause delight. The Germans simply did not believe in such luck. The information was so valuable, so unique, that it raised doubts about its authenticity. Ribbentrop bluntly stated that to steal so many of these strictly secret documents was beyond the bounds of what was possible and viewed them as disinformation by the British special services, and Bazn himself as an English agent. Schellenberg and Kaltenbrunner, on the contrary, considered Elyas a gift of fate and insisted on the continuation of the operation.

Selling secrets on the stream

While Berlin was trying to resolve interdepartmental differences, Cicero (Bazna received such a pseudonym) continued to supply information, the degree of importance and secrecy of which plunged his German partners into a stupor. Cicero reported on the meeting in Moscow of the foreign ministers of Great Britain, the United States and the USSR and handed over its final documents, reported Churchill, Roosevelt and Chiang Kai-shek meeting in Cairo, about the upcoming conference in Tehran with the leaders of the anti-Hitler coalition countries.

Copies of the top-secret protocols of the Tehran Conference "Cicero" photographed before they were printed for official use in Moscow, London and Washington. Among other things, these documents dealt with Operation Overlord (the landing of the Allies in Normandy) and called its date - May-June 1944.

Why did the Hitlerites, receiving such important information, practically leave it unattended? Operation Overlord, about which Bazna had informed them six months before it began, was a complete surprise to the Germans.

Ribbentrop stubbornly continued to consider Bazn a British agent. Even when the messages of “Cicero” were corroborated by events, the head of German diplomacy stubbornly insisted that this was only a cover for the “big misinformation”, which he considered copies of the minutes of the Tehran conference. Schellenberg, who recklessly believed "Cicero", was so afraid of disclosing a spy that often sent Baznaya information did not go beyond his office. As a result, the Nazis, having invaluable intelligence information, could not use it effectively.

Americans are looking for "Cicero"

No matter how hard Schellenberg tried, but at the beginning of 1944, the Americans found out that a German agent, Cicero, was active in the British Embassy in Ankara, and had access to all secret documents. In January, 1944, a new secretary, appeared in Moisish - pretty young blonde Cornelia Kapp, daughter of a German diplomat. Cornelia worked for American intelligence, and her main task was to calculate the German spy. The duel between the two agents ended in a draw. The American agent has not been able to reveal the secret of the identity of "Cicero", although it came to a solution very closely.

April 6 Cornelia, feeling the closeness of his failure, escaped from the embassy. Upon learning of the secretary's desertion, Bazna stopped his meetings with Moisis and resigned from his service at the English embassy. In August, 1944, Turkey officially broke off diplomatic relations with Germany, and German diplomats were expelled from the country. The roads of Bazna and German intelligence finally diverged.

How the Germans "threw" a spy

For 5 months of espionage work, Cicero received more than 300 thousand pounds from the Germans - a huge sum for those times. Having poked around for some time, Bazna went into business, started selling used cars, and then invested all the money received from the Germans in a grand project to build a tourist center in the mountainous part of Turkey. But his dreams of wealth did not come true. The hangover was heavy. It turned out that the pounds handed to him by the Germans were fake (albeit of very good quality). Deceiving the British Bazna was himself deceived by the Germans. From an ambitious rich man, in the blink of an eye, he turned into a beggar, burdened with debts and under prosecution.

In 1954, Elyas Bazna asked the German government to pay for his work with real money, even with the stamps of Germany. Soon the answer came from the Ministry of Foreign Affairs. In it, the former agent was advised to submit his claims to the government of Adolf Hitler.

Ctrl Enter
Noticed oshЫbku Highlight text and press. Ctrl + Enter
We are
22 June. Brest Fortress. Battle ReconstructionMilitary Intelligence in the Battle of the Caucasus
18 comments
Information
Dear reader, to leave comments on the publication, you must to register.