Buy tanks and canned food. The placement of military orders will Rosoboronpostavka 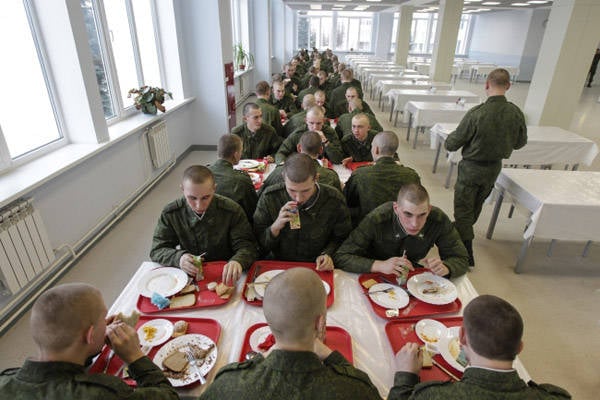 The leadership of the Ministry of Defense is gradually ridding the army of commercial functions. The ministry thinks something like this: Generals, of course, can be taught to trade and bargain, but it is better when specialists do it.


It is they who will soon assume the task of providing the Armed Forces with all the necessary. The role of the main army supplier is assigned to the Federal Agency for the supply of weapons, military, special equipment and materiel. Today, the deputy head of this structure, Mikhail Ivanov, announced: "The Defense Ministry has decided to entrust Rosoboronpostavka, starting next year, with placing orders not only in terms of the state defense order, but also in the entire nomenclature purchased by the Ministry of Defense for our Armed Forces."

This does not mean that the agency’s staff will be calculating in their hands how much missiles are needed for the army and tanks, socks and canned goods. Nobody knows the needs of the troops better than the military, and the formation of a portfolio of orders will remain with the generals. But the selection of enterprises and firms that are ready and, most importantly, capable of supplying the Armed Forces with quality products — whether equipment, weapons, food or fuel — will be taken up by Rosoboronpostavka within the agreed period and at the prices established by the contracts.

It will actually replace the numerous structures of the Ministry of Defense, which in the past few years have unsuccessfully tried to solve the problem: to buy the best from industry and pay as little as possible. A lot of departments and departments of the department were hoarsely arguing over the pricing of military products, changing the rules for placing orders for its production, and the army still didn’t receive what it needed and for which she was paying a lot of money. Of course, it could not do without corruption schemes. Otherwise, how to explain that many open contests and tenders organized by the Ministry of Defense either canceled or won organizations there that were clearly unable to fully fulfill military contracts. But before allowing such firms to compete and place orders there, experts from the defense ministry were obliged to check their reliability.

What these have led to during the implementation of the state defense order-2013 can be judged from the data of the Deputy Minister of Defense Yuri Borisov. According to him, a number of industrial enterprises disrupted the terms of military contracts. As one of the main reasons for this situation, Borisov called the unwillingness of enterprises to supply weapon and military equipment in planned volumes - they simply do not have enough production capacity and qualified personnel. So, for example, it happened to the Arzamas machine-building plant, which produces armored personnel carriers BTR-80 and BTR-82А for the army. The deputy minister associates another reason for the failure with the lack of risk assessment at the stage of pre-contract work and the inaccurate assessment by the leading executors of their capabilities when entering the competition.

All these nuances affect not only the purchase of equipment and weapons. Unfortunately, they are typical of any auction, and this circumstance will have to be taken into account by Rosoboronpostavka’s managers. Moreover, the needs of the army are growing from year to year, and with them increasing funding for the Armed Forces. For example, it is known that the state defense order - 2014 will increase by a quarter compared to this year and will amount to almost 1,7 billion rubles.