Dangerous flight of Americans from Manas to Aktau 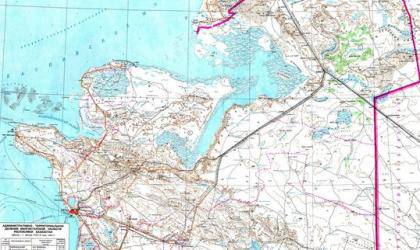 In preparation for the withdrawal of its troops from Afghanistan, Washington does not want to leave the region and intends to transfer its military base from the Kyrgyz airport Manas to the Kazakh port on the Caspian Sea Aktau. Kazakhstan risks becoming one of the hundreds of countries where the Americans have established their military presence. At present, defense cooperation between Kazakhstan and the United States has already assumed a long-term character and is conducted on the basis of five-year planning. The five-year cooperation plan for 2013-2017 years was signed in Washington in November 2012. True, it does not say about the deployment of military bases on the Kazakh territory - the American-Kazakh military cooperation, according to the plan, is focused on cooperation in such areas as military education and peacemaking. Only here it is very difficult to find examples of American peacekeeping all over the world - the US military operations in Iraq and Afghanistan cannot be considered peacekeeping.


As you know, America spends almost as much on the army and armaments as all the other states of the planet combined. At 2014 fiscal year, the Pentagon is asking for 526,6 billion dollars from the congress, in fact, the US Department of Defense can get about 475 billion dollars. A significant part of these expenses is intended to finance an extensive network of permanent American bases covering all continents, as if the United States is going to fight the whole world. The Pentagon is the owner or tenant of hundreds of military bases abroad in all parts of the world, with the exception of Antarctica. The US military, once set foot in a foreign territory, rarely then leaves it at will; they remained even in Germany after its unification. Kyrgyz airport Manas will enter history as an example of the evacuation of Americans against their wishes.

American military aviation must leave Manas on July 11, 2014. The corresponding note from the Ministry of Foreign Affairs of Kyrgyzstan with an official notice of termination of the base was handed over last week to the US ambassador in Bishkek. Recall that the Manas air base began operating in December 2001, almost simultaneously with the start of the operation of the international coalition in Afghanistan. In 2009, then-President of Kyrgyzstan Kurmanbek Bakiyev was about to close the base, his decision was approved by parliament. However, soon the Americans increased the rent by almost five times, and the air base remained, replacing the sign with the more presentable name “Transit Transportation Center”. Now Washington, in an attempt to save its face, says that it is inexpedient to maintain military transport in the same amount after the withdrawal of US troops from Afghanistan in 2014, but the States are actively looking for a new place for their military base in Central Asia. So, getting the Americans consent to use the Aktau base is one of the possible compensations for their loss of the base in Kyrgyzstan. Having flown from Manas to Aktau, according to the calculations of the Americans, you can not only get the shortest transportation route, but also shake Russia's position in the region and help weaken the SCO, CSTO, and the Customs Union.

Back in April, 2013, at the conference of foreign ministers of the Istanbul process on Afghanistan, Nursultan Nazarbayev, said that Kazakhstan was ready to open the port of Aktau for NATO cargo to complete the Enduring Freedom mission in Afghanistan. Until the final decision to terminate the American presence at the base in Manas, the topic of using the port of Aktau then did not arise. The signature of the President of Kazakhstan under the Agreement on Security Cooperation in the Caspian Sea, reached by the leaders of the five Caspian littoral states 18 in November 2010 in Baku, in principle, should exclude Astana’s consent to provide its port Aktau for deployment at a local airport of the US military base. The very first article of this document ratified by Kazakhstan defines that “ensuring security in the Caspian Sea is the prerogative of the Caspian states”. Astana did not withdraw from this Agreement, but even if it were going to do it, it is obliged to adhere to its obligations before the expiration of 12 months after notification of such a decision. By this time there should be no Americans in Afghanistan. At least, those who should be evacuated will already be far away from Aktau, and from Central Asia in general.

If you look at the timetable for the withdrawal of American troops from Afghanistan, it will become absolutely obvious that after July 2014, when the lease period for the Manas airbase will be terminated, the United States will not need cargo transportation through Aktau, the main part of the antiterrorist coalition should have left Afghanistan. Therefore, recent statements by officials from the Ministry of Defense of Kazakhstan on participation in helping peacekeeping forces in order to maintain peace and order in Afghanistan are not very clear - we can talk about supporting the planned continuation of the US military presence in the DRA at nine bases with the remaining 10-12 thousand people ... And, of course, at this stage of the American occupation of Afghanistan, US troops are not going to solve peacekeeping tasks, they will fight to preserve America’s influence. It turns out that the Kazakh military, giving Aktau at their disposal, will help them in this? In vain, Rafik Tairov, head of the Directorate of the Center for Military Strategic Studies of the Ministry of Defense of Kazakhstan, reassures the public by saying that the presence of Americans in Aktau means only the transfer of not combat cargo, but mainly building materials, furniture and kitchen utensils. How they fail to withstand the criticism and assurances of the Kazakh general staff that the base in Aktau does not affect the interests of Russia in Central Asia.

In the documents of the Shanghai Cooperation Organization, it is not difficult to find a requirement to stop using the Manas airbase. This issue is also present in the decisions of the CSTO. All members of both organizations are well aware that no one was going to secure the right to permanently lease the Americans of Manas Airport for all time. In Kyrgyzstan, there is also a Russian airbase - in Kant, where attack aircraft of the RF Air Force are based, which are part of the collective security forces, where the Kazakh armed forces are also represented. For the Pentagon to remain in Kyrgyzstan, and after the withdrawal of its troops from Afghanistan, it means to throw a direct challenge to the interests of Russia.

According to the US Embassy in Astana, the cooperation between NATO and Kazakhstan is of a purely commercial nature, in which contractors transport goods for the American troops through the Northern Distribution Network. At the same time, less than 1% of cargo is being exported from Afghanistan through Aktau. So what's the commercial interest?

Washington’s assurances that the Americans will limit themselves to the creation of a transit center in Aktau look more like a cover for solving another task - ensuring the US military presence directly at the border with Russia. Distance from Aktau to Astrakhan 363 km, 40 minutes of flight in a passenger plane. Placing a contingent of US forces here would be an unprecedented step. In this way, the Americans would very much like to demonstrate to the world their disregard for the role of Russia in the Caspian region and to make an attempt to gain access to the Caspian oil and gas resources. The already fragile regional security architecture is staggering. And what do the statements of the Minister of Defense of Kazakhstan Adilbek Dzhaksybekov, who, at a recent meeting with his American counterpart Charles Hagel, point to in common with Astana and the Pentagon, an understanding of the issues of strengthening peace and stability, in these conditions?

Russia, as the successor of the USSR, assumed responsibility for stability in Central Asia not only in connection with threats emanating from Afghanistan. The regional hegemony of the United States and NATO in Central Asia and the security of Russia are incompatible. Speech on the establishment of any "parity" in the military balance between Russia and the West in this region can not be. In the 12 years of NATO’s presence in Afghanistan, it was already clear that American foreign policy in this region of the world, neglecting the interests of Afghanistan, India and Russia neighboring Afghanistan, failed. This strategy has no future in Central Asia.

Ctrl Enter
Noticed oshЫbku Highlight text and press. Ctrl + Enter
We are
Who is it NATO? Talk about the American military base in the port of Aktau - the purest fantasy
167 comments
Information
Dear reader, to leave comments on the publication, you must to register.