November 22 2013
0
The Reuters publication reports on another test of the new Israeli missile defense system. A big problem for the Israeli army are rockets made by handicrafts in Palestine and the Gaza Strip. Great damage caused by attacks using a similar weapons, has forced Israel to start developing its own missile defense systems. So, on November 20 passed the regular tests of the complex “Sharvit Ksamim” (“Magic wand”), also known as “Kela David” (“David's Sling”). 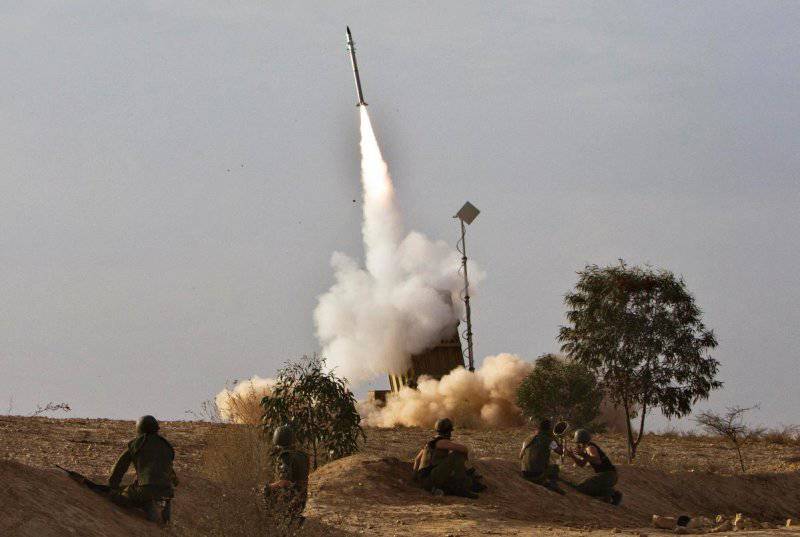 According to the available information, during the tests, the interceptor missile of the complex under test successfully hit a target that simulated an operational-tactical ballistic missile. Detailed information about the tests is not available. An official press release from the Israeli Defense Ministry states that the testing and refinement of the Sharvit Ksamim anti-missile system is an important step in the development of the country's armed forces, as it will help ensure security from the threats of present and future.

The Sharvit Ksamim complex is a joint Israeli-American development. The Israeli company Rafael and the American Rayrheon participated in the creation of this system. American scientists and engineers shared their experience with their Israeli colleagues, which allowed them to quickly create and test the anti-missile system. It is worth noting, Israel is not the first time seeking help from the United States. Thus, the Hets anti-missile system was created in cooperation with the US Anti-Ballistic Missile Defense Agency. 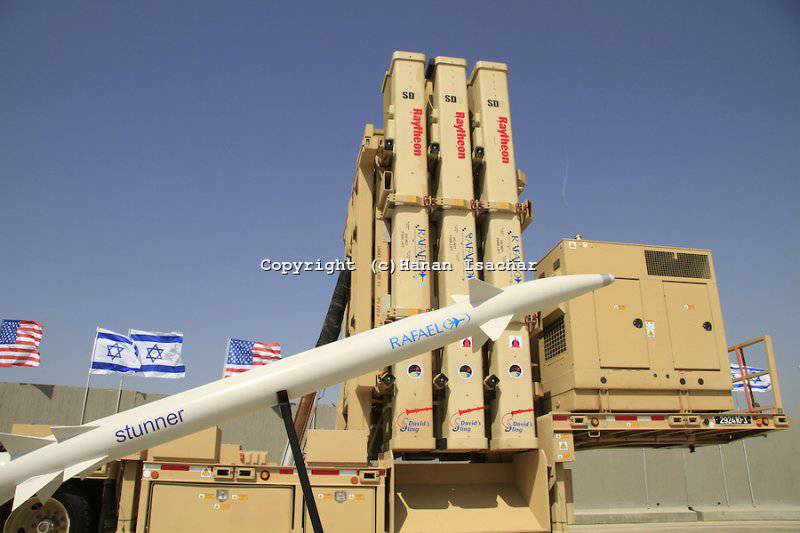 According to reports, the Sharvit Ksamim complex includes enemy ammunition detection systems, a control system and anti-missile launchers. The two-stage interceptor missile is equipped with two guidance systems. She finds targets using radar and optical-electronic homing heads. The simultaneous operation of two guidance systems provides an effective search and defeat of the target. Earlier it was reported that one anti-missile complex "Sharvit Ksamim" costs about 1 million US dollars. This is quite a large amount, especially in comparison with the cost of potential targets, which can be much cheaper than an interceptor. Nevertheless, the Israeli Ministry of Defense believes that this difference in the cost of missiles and anti-missiles is fully compensated by the fact that intercepting enemy ammunition can prevent damage that can amount to tens of millions of dollars.

The first tests of the Sharvit Ksamim antimissile system took place on November 25 2012. Then the complex, located on one of the landfills of Israel, successfully hit the training target. It is known that the target imitated some operational-tactical ballistic missile. According to the results of these tests, the development companies took some measures and finalized the project. The improved antimissile system was tested on November 20 with the same results: the interceptor missile successfully destroyed the conventional target.

Probably, the current tests will be the last or the penultimate. The Israeli military claims that the Sharvit Ksamim complex can be put into service next year, and at the same time the construction of serial complexes will begin with their subsequent placement on positions. Thus, by the end of next year, Israel can complete the construction of its missile defense, which still lacks a system designed to intercept tactical missiles.

The Israeli-American project of the Sharvit Ksamim antimissile system, even at the development stage, interested potential buyers from third countries. So, in the middle of November 2010, the management of the company Rafael announced the first export contract. According to that information, new missile defense systems in the future should get into the armed forces of India. Since then, there have been no reports of system shipments. Probably the reason for this was the current stage of the project: for obvious reasons, the delivery of the complexes to customers is possible only after the completion of the development and testing.

Creating a full-fledged echelon defense will allow Israel to protect itself against some of the threats peculiar to the region. Thus, the Kipat Barzel short-range complex in the first year and a half of its service shot down Qassam-type rockets and others like them around 400. According to some data, the work of the antimissile system made it possible to destroy 90% missiles that could have fallen in populated areas in the air. Because of its tactical niche, the Hetz complex has not yet been used in a real situation: there are simply no missiles in Palestine or the Gaza Strip that it is intended to destroy. The same with certain reservations can be said about the complex "Sharvit Ksamim." 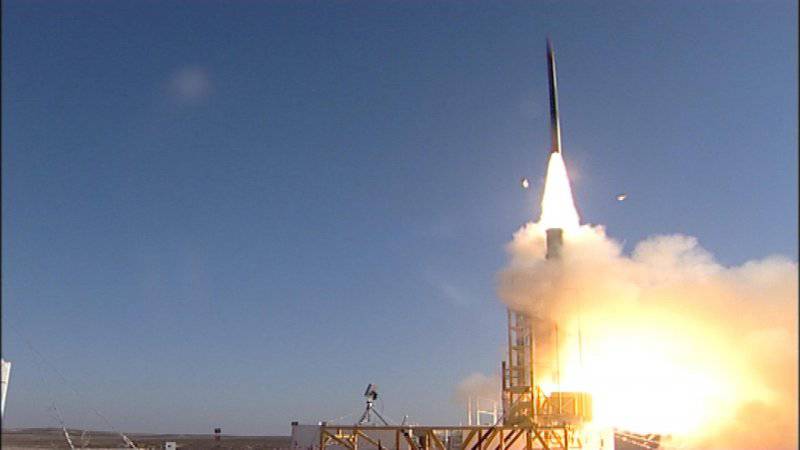 Obviously, the creation of medium-range and long-range missile defense systems designed to intercept operational-tactical ballistic missiles and medium-range missiles is being carried out, first of all, for political reasons. Israel has strained relations with several neighboring countries at the same time, which is why it has to take into account the state of their armed forces. One of the consequences of this is the active work on the creation of anti-missile systems.

Ctrl Enter
Noticed oshЫbku Highlight text and press. Ctrl + Enter
We are
Sling under the domeIsrael has successfully tested the David Sling complex
Add a comment
Information
Dear reader, to leave comments on the publication, you must to register.