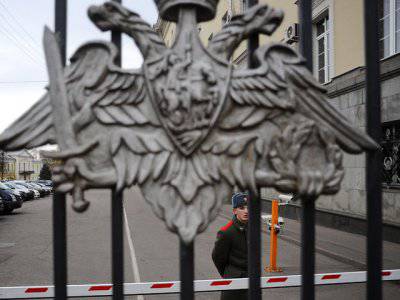 One of the defendants in the Oboronservis case, Yulia Rotanova, intends to ask for help from the European Court of Human Rights, the Izvestia newspaper writes. The woman has been in the SIZO for more than a year now, as well, by the way, as her immediate superior - the general director of the Slavyanka company controlled by Oboronservis, Alexander Elkin.


Recently, the Moscow City Court judge Lyudmila Smolkina again refused to Yulia Rotanova to change the preventive measure on her own recognizance. Behind the lattice it is now to be at least until mid-February. At the same time, another person involved in the Oboronservis case, Evgenia Vasilyeva, has been under house arrest all this time, regularly visits boutiques and uses the services of a maid, the publication notes.

The preventive measure for Rotanova is extended automatically, referring to the fact that she has an apartment in Bulgaria, where the detained can escape. Not taking into account the fact that her Bulgarian visa expired long ago, the lawyer accused Andrei Borovkov is perplexed. It was extended even this time, although a woman had breast cancer during her stay in the SIZO: the pain began in the summer, the disease develops rapidly. The survey began only recently - after numerous complaints, the lawyer said. At the same time, the Federal Penitentiary Service of the Federal Service for the Execution of Punishments assures that the person under investigation receives assistance in full, based on the capabilities of the department.

According to Rotanova's relatives, she is not released because she did not give revealing testimonies either to the ex-defense minister, Anatoly Serdyukov, or to her immediate superior, Elkin. “They wanted her mother to admit that she carried bags with money to Serdyukov, and what should she tell her if she saw the minister only on TV?” - said her daughter Alina.

The Oboronservis case has been under investigation for over a year. According to the RF IC, employees of the company invested huge budget funds in the most liquid and prestigious real estate properties at the disposal of the Ministry of Defense, and then sold them at a greatly reduced price to commercial structures associated with Oboronservis. At the same time, investigators are convinced that the money was stolen, including money stolen from the company itself.

Criminal case has 385 volumes. Rotanova started to get acquainted with him. According to investigators, assistant Yelkina participated in financial frauds and cash withdrawals. The total damage that she personally caused is estimated at 53 million rubles. The defense claims that Rotanova only issued money from the safe at the request of the management, and she herself in the “Slavyanka” did not even have the right to sign, Interfax reports.

The total amount of damage to the state, according to estimates, is about four billion rubles. In this criminal case, the former Minister of Defense Anatoly Serdyukov himself goes as a witness. At the same time, the head of the TFR, Alexander Bastrykin, made it clear that after conducting financial and economic examinations, the status of Serdyukov, who, by the way, is currently part of the structure of the Rostec state corporation, may change.

Ctrl Enter
Noticed a mistake Highlight text and press. Ctrl + Enter
We are
Ekaterina Smetanova: with things on the way out ...Sit, but at home. Evgenia Vasilyeva arrested in the case of Oboronservis
57 comments
Information
Dear reader, to leave comments on the publication, you must to register.