The Pentagon cannot report on how trillions of dollars were spent 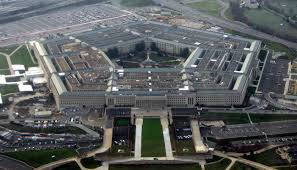 The Pentagon in recent years has spent no one knows where trillions of dollars. According to the auditors, we are talking at least about the inability to calculate their own expenses, but embezzlement and corruption are not excluded. Holes in the budget "shut up" with the help of banal additions, follows from the investigation.


The journalistic investigation conducted by Reuters revealed the Pentagon’s inability to manage its own expenses and internal accounting. “Because of its unpredictable attitude to numbers, the Pentagon remains the only state structure that does not comply with the law on annual state listening,” the investigation says.

“This means that 8,5 trillions of dollars owned by taxpayers and allocated by Congress from 1996 of the year have not been taken into account. This amount exceeds the total value of the entire Chinese economy for that year, ”the newspaper notes.

According to a source from the US Department of Defense Finance and Accounting Service (DFAS), which is responsible for depositing amounts in the general statements, the military did not provide clear monthly reports on the money spent. Although DFAS specialists contacted relevant personnel to find accurate data, a significant part of them remained a mystery.

After that, employees were forced to enter into the report simply false numbers or so-called gags, which fully corresponded to what they wanted to see in the US Treasury. “Very often there were problems with inaccurate amounts,” former DFAS employee Linda Woodford told Reuters. “We didn’t have any details about these amounts, so many of them.”

Based on the fact that the use of “reporting plugs” was a standard procedure for DFAS, the agency concluded that it was “impossible to determine” which part of the 565 billions of dollars that Congress sent to the Pentagon through the budget in the 2012 year was spent exactly as it was intended initially

The inability of the Pentagon to calculate its own expenditures became the reason for the wholesale purchase of unnecessary equipment and the accumulation of equipment with an expired use period that flooded the warehouses. Huge sums are also made by unaudited contracts with private companies.

It was not only the country's budget that suffered from these expenses; in the period between 2003 and 2011, the army missed almost 6 billion dollars in equipment. Ultimately, this was reflected in the fact that some units did not receive the equipment necessary to conduct full-fledged exercises. For comparison: the entire budget of the Pentagon this year is 633,3 billion dollars. In the 1996, the Pentagon’s budget project only pledged an amount in 246 billion dollars.

The problems of the Pentagon are aggravated by the fact that he spent tens of billions of dollars on upgrading his systems, but at the same time almost nothing can be presented as evidence of real changes. The Air Force set about creating a new, expensive tracking system back in 2005, and only a year ago discovered that it was not working. In a statement, the leadership of the Air Force indicated that they needed a little more than 1 billion to complete the program by the year of 2020.

Although Secretary of Defense Chuck Hagel refrained from commenting on this situation, in August 2013 he made a video message to the Pentagon, stating: “The Ministry of Defense is the only federal service that has not yet submitted financial statements ready for audit, as required by law. It is unacceptable".

Some lawmakers are also starting to lose patience. Senators Tom Coburn (Republican of Oklahoma) and Joe Manchin (Democrat of West Virginia) presented a bill restricting funding for new programs and imposing a ban on the purchase of new information technologies in the event that the Pentagon is not ready for an audit by 2017 year. It will also prevent the Pentagon from acquiring new information technologies that require more than three years to be implemented.

Vadim Kozyulin, Professor of the Academy of Military Sciences, Director of the Project on Conventional Armaments and the PIR Center ATC, notes that such questions are raised not for the first time. “Every time, especially during serious cost campaigns, the public begins to consider the costs of the military, as far as they are reasonably carried out. Any golden toilet bowls are detected, the simplest military equipment, which is estimated at fantastic amounts, ”Kozyulin told the VIEW newspaper.

The expert stressed that the military department does not generate income, so it’s difficult for him to limit himself and need an external body that does this. “Such a problem is natural not only for the United States, but also for other countries, including Russia,” Kozyulin said.

According to him, in the USA it has repeatedly been found that military equipment turned out to be more expensive than the initial estimate. "In the same Iraq, it is still unknown where 100 lost thousands of small units weapons. This suggests that the military not only money, but also the equipment itself is poorly taken into account. I am not talking about the colossal costs in Afghanistan. Very little efficiency. This is not so much connected with military spending, as with the ability to bring the situation under control, defeat corruption and adequately assess the needs of the United States, ”the expert noted.

It is worth noting that the publication does not hint at specific facts of the theft committed by employees of the American defense ministry, questioning not their honesty, but rather their professionalism and sense of proportion.

Recall that in Russia are also investigated violations related to the budget of the Ministry of Defense when he was Minister Anatoly Serdyukov. His subordinates are accused of multimillion frauds associated with the sale of non-core military assets.

The damage inflicted on the state by the activities of the former leaders of the Ministry of Defense estimates the result at about 5 billion rubles, while Russia's military budget in 2012 amounted to 1,6 trillion rubles. The defendants themselves deny their guilt. So, Evgenia Vasilyeva, the former head of the department of property relations of the Ministry of Defense of Russia, in her open letter, states that all transactions were carried out in the “order established by law”.

According to Kozyulin, “there were also problems with the control of military expenses in Russia,” and Anatoly Serdyukov undertook to solve them. “It seems that it was not always successful. But something went with him. He toughly entered into conflict with the defense industry, trying to lower prices, but there were serious excesses. Parallels with the United States suggests themselves. Having received enormous powers in possession of state property, Oboronservis went out of state control, and the result is not yet fully known, but preliminary information is depressing. Everything suggests that the military department always needs tight control. Otherwise, it becomes too costly and inefficient, ”Vadim Kozyulin is sure.

Ctrl Enter
Noticed oshЫbku Highlight text and press. Ctrl + Enter
We are
Radical update of the Chinese army
34 comments
Information
Dear reader, to leave comments on the publication, you must to register.