The gunman who gave the order of the terrorist attack in Volgograd, destroyed in Dagestan 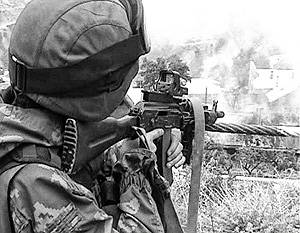 One of the militants liquidated on Wednesday in Makhachkala, the leader of the gang Murad Kasumov, as it turned out, was directly connected with the recent terrorist attack in Volgograd. It was he who instructed Dmitry Sokolov to make a bomb, which was then blown up by a suicide bomber in a bus. In addition, it became known how Kasumov began his gang activity - with a series of robberies of old men.

Murad Kasumov, liquidated on Wednesday, was indeed involved in the explosion in the Volgograd bus, the National Anti-Terrorism Committee of Russia (NAC) said.

“Dmitry Sokolov, at the direction of Kasumov, manufactured a bomb to carry out a terrorist act by a suicide bomber in the city of Volgograd,” ITAR-TASS reports with reference to the NAK.

According to the data at the headquarters of the committee, Kasumov led his gang at the beginning of this year. In addition to involvement in the terrorist attack in Volgograd, he was also involved in other crimes, in particular, the organization of terrorist attacks in Makhachkala.

And on the way of the terrorist he got up after leaving the places of imprisonment:

“Kasumov was convicted in 2008 for robbery and robbery. He attacked elderly people in the evening in the park areas of Makhachkala, beat them, took money and telephones. In prisons, he began to adhere to religious extremist views, took the nickname Abdu'l-Nur and, after leaving the places of imprisonment, joined the bandits, "- in turn, referring to the NAC, RIA reports"News».

Also, the department said that after the liquidation of Kasumov, the Saiga carbine belonging to him personally, equipped with optics and a device for silent shooting, was discovered with him.

In the UK in Dagestan, they confirmed that it was Kasumov and his accomplice who were killed in Makhachkala.

“November 20 in the course of a special operation on Rakhmatullaev Street in house No. 55 while rendering armed resistance was neutralized by Kasumov Murad - Amir of the Makhachkala sabotage and terrorist group. The personality of the second neutralized is established, ”the investigators told.

The destruction of the Emir was preceded by several attacks on police officers from the same militant group, in which, apparently, he was.

So, on Tuesday, it was reported that unknown persons shot dead two law enforcement officers in Makhachkala, after which they fled the scene. In the IC of Russia it was told about it like this:

“On November 19, at about 15 hours, two unidentified persons approached the DPS inspectors of the Ministry of Internal Affairs in the city of Makhachkala, who were on duty near 1 number on Aziz Aliyev Street (next to the Muslim Religious Board building), and fired at them with firearms. The lieutenant and the senior sergeant of police died from the wounds caused. And the suspects fled the crime scene on a white Lada Priora car. ”

The criminals, who, apparently, were three, managed to catch up with hot pursuit. Their car was blocked in front of the house number 26 on Akushinsky Avenue in Makhachkala. But the people in “Zhiguli” started shooting again and wounded three more policemen: ensign, junior sergeant and sergeant of the Ministry of Internal Affairs.

The 39-year-old Mercedes driver, who happened to be on the scene, was fatally injured.

The police then managed to eliminate only one of the three intruders. Moreover, the assistant of the alleged organizer of the terrorist attack in Volgograd, Dmitry Sokolov, Ruslan Kazanbiyev, was killed.

On account of the latter as many other crimes.

"According to the investigation, Kazanbiev was wanted for committing attacks on the life of a judge of the Supreme Court of the Republic Magomedmuhtara Shapiev, a federal judge Zainudin Madanova, terrorist attack 20 May 2013 years in front of the bailiffs' service management in the city of Makhachkala, the assassination of former lawyer Guchuchalieva, the owner of a petrol station" TSS "on the avenue named after Sultan of the city of Makhachkala and his nephew, explosions of shops on Dakhadaev street and a number of encroachments on the life of law enforcement officers," - doba or IC.

And the NAC, in turn, noted that it was from a weapon found in the militants killed on Wednesday - the Stechkin pistol and the Saiga carbine - that the Dagestani judges Madanov and Shapiyev were killed along with their son.

After the liquidation of Kazanbiyev, the two remaining gangsters ran into the private house No. 55 on Rakhmatullayev Street, where they were blocked by the police.

On Tuesday, a special operation to neutralize them could not be completed. In the active phase, she entered on Wednesday, with the onset of morning. After that, the remaining two militants were destroyed, among which, in particular, was the “ordering the terrorist attack in Volgograd” by Kasumov.

We add that on Tuesday in this area there is a counter-terrorism operation.

Thus, Kasumov is not the first person involved in the terrorist attack in Volgograd, which has been destroyed by security forces lately. And not even the second. Judging by official reports, at least the third.

So, last Saturday, the NAK confirmed that during the special operation in the village of Semender, Kirovsky district of Makhachkala, five militants were eliminated, including Dmitry Sokolov.

Before that, Sokolov claimed responsibility for the explosion in the Volgograd public bus and said that he personally had made an explosive device, which then set in motion a suicide bomber Naida Asiyalova.

Recall, October 21 at a bus stop "Lesobaz" Asiyalova blew up a bomb in a bus. As a result, seven people died and more than 50 suffered.

30-year-old native of Dagestan, Naida Asiyalova, had not previously been wanted and was not brought to criminal liability. But it is known that she was the common-law wife of the “Russian Wahhabi” Dmitry Sokolov.

Later, investigators constantly restored the actions of the suicide bomber and found out that she initially planned to carry out the terrorist act in the Volgograd shopping center "Aquarelle". But because of the small number of visitors, Asiyalova changed her target.

Ctrl Enter
Noticed oshЫbku Highlight text and press. Ctrl + Enter
We are
Results of anti-terrorist work on Dagestan in April 2014The organizer of the terrorist attack in Volgograd eliminated
48 comments
Information
Dear reader, to leave comments on the publication, you must to register.