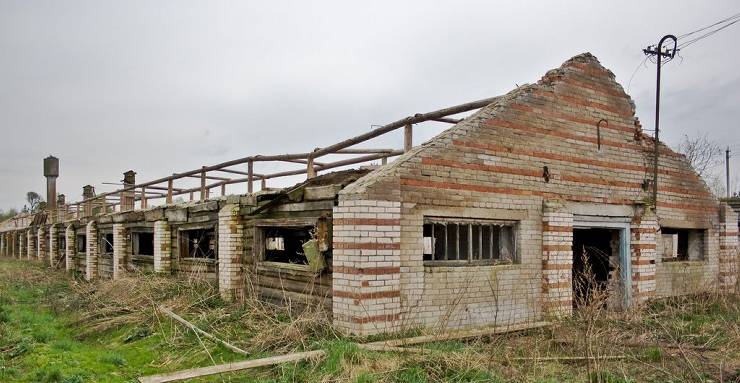 One of the persuasive arguments in favor of insane spending on media projects such as the Olympics, Universiade, World Cup or the APEC summit is the development of infrastructure in the area where the country's leadership intends to throw dust into the eyes of the world community.


The argument is serious - only here the Saturday catastrophe in Kazan just in such public relations shows the price of this seriousness. A beautiful and modern airport with a beautiful and modern system of security and service did not prevent the ancient rydvans from landing on the elegant runway (and now they are falling) with the appropriate service and staff. Today, for example, at the press conference of the general director of "Tatarstan" it turned out that the company has wage arrears to pilots and other employees. This is despite the fact that the average wages in regional companies are well lower than those of giants like Aeroflot or Transaero. One can imagine the mood with which people fly or service equipment in such conditions.

And with the airport itself is not so good - "Lufthansa", spitting on the constant problems with the airport in Kazan, refused this year from flights to the capital of Tatarstan in favor of Nizhny Novgorod and Perm. Apparently, the principle of "sharing should be" was not translated into German.

It seems that the shoals of PR projects, which by the time of delivery are carefully smeared, after the end of the event, begin to creep out so that it is no longer possible to hide them. And the crumbling roads in the Far East, and the Saturday disaster in Kazan ... Who knows what will happen after the Olympics - if even now stories are available, how exactly they drive in piles and save on strengthening the soil at a construction site ... Although if the goal is to scatter beads and to cut another trillion, then why not ...

The main problem of all these dust trapping projects is their total non-system. It is completely incomprehensible why Kazan, which was one of the centers of the Soviet aircraft industry, has a fleet of its aircraft, in which there is generally imported trash. Why Kazan, in which there is a leading university of aviation KAI, quoted at the level of the Moscow counterpart, has problems with servicing several dozen aircraft - including for this reason the Germans did not dare to continue relations with the airport.

It is absolutely not enough to build a beautiful air terminal - this is only a small part of all the tasks, since you decided to develop a transport infrastructure. We need personnel, we need aviation, engine building, we need the production of legal and certified spare parts with the closure of any opportunities to buy "gray" and cheap shit. We need higher and secondary special institutions that prepare the whole range of specialties, we need a unified state control system, and not three, like today. Need a system of moving pilots - the higher the responsibility, the higher the class and experience. And not vice versa...

Non-system is the calling card of the modern Russian authorities. We now have dozens of automobile factories and even the VAZ began to produce not only the "six" - but the quality of anti-tank roads kills the whole point of the development of the domestic automotive industry. The way out was found - now there will be another front building - Moscow Region Ring Road. Only here on what roads will cars get to this very ring road? Yes, for the same - shitty. There are still enough of them for the president’s ceremonial trip on three yellow special vehicles, and then - sorry ... The federal two-lane highway is quite a common occurrence over thousands of kilometers of our open spaces. And if there are three lanes on it, then, as a rule, in a year it will be all in the pits and potholes, and the vehicles maneuvering over it will be chosen - either in the pit, or head-on.

The human factor to which the investigation into the catastrophe in Kazan is proceeding with confidence - it is not only in the air. First of all, he is on earth. And it is not the pilot who is to blame for the accident, although legally, of course, all the blame now falls on him. Yes, in general, and not to the general director of "Tatarstan" questions - but much higher. Although if our president is forty-four years old with the only sensible specialty, the janitor, then what are the questions to the general directors. They can be bundled immediately with the exam to dial ...

People in power have stolen the country already ten generations ahead - but they cannot stop, as motorcyclists. Stopped - fell. Colleagues in robbing you with pleasure vmazhut in the asphalt and add gazku.

Already no one is surprised история with the mayor of Astrakhan - when he cannot even appoint his successor from the chamber - all the vice-mayors also sit. No matter how his last name is, the other will do the same. And will not - will be removed. For it is not divided. Does not send.

I do not believe in the fairy tale that the boyars are bad and hide everything. There are no separate boyars and a separately weary czar - there is just one team, plundering and killing the country. And what are their contradictions there among themselves - for the country there is no difference. It is unlikely that even the death of his own son will force the Tatarstan president to change the existing system even within the republic - they will not give it. Even if he wants.

Ctrl Enter
Noticed oshЫbku Highlight text and press. Ctrl + Enter
We are
Conveyor conveyorTatarstan authorities will restore order in the republic - Sharia
94 comments
Information
Dear reader, to leave comments on the publication, you must to register.