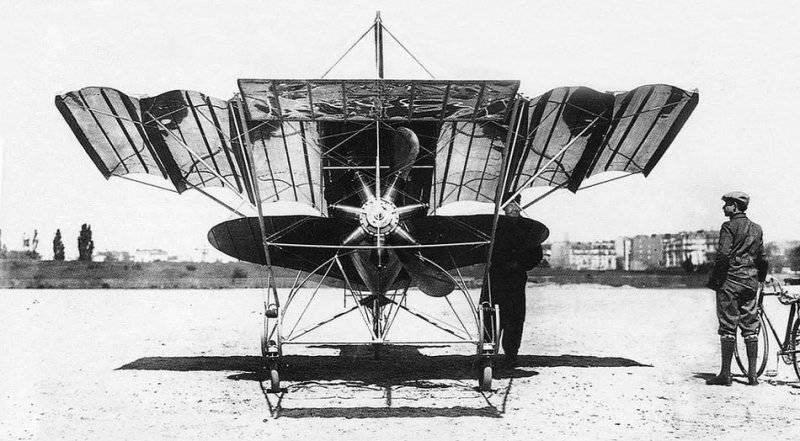 The picture shows the world's first all-metal aircraft, designed and built in 1909 by an American of French origin, John Moisin. It consisted of a semi-plan with a forward-facing horizontal rudder and peculiar frameless wings of thin steel sheets with transverse stiffening ribs. In this case, the upper wing for some reason made a wavy. Another interesting feature of the car is a three-bladed propeller installed between the rotary engine and the fuselage. 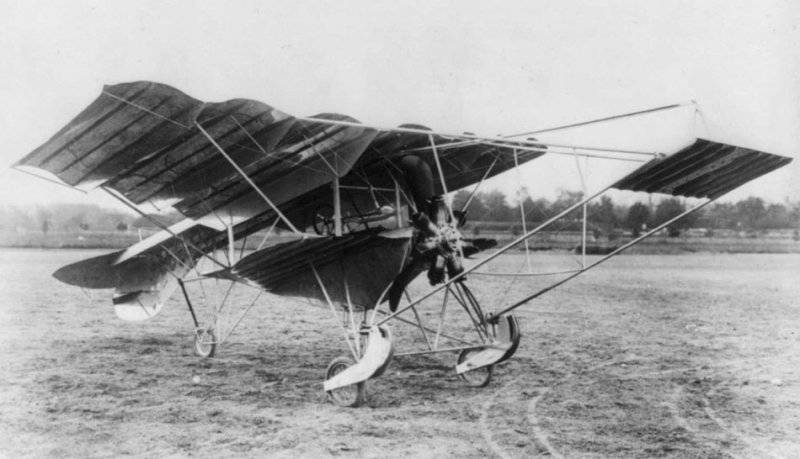 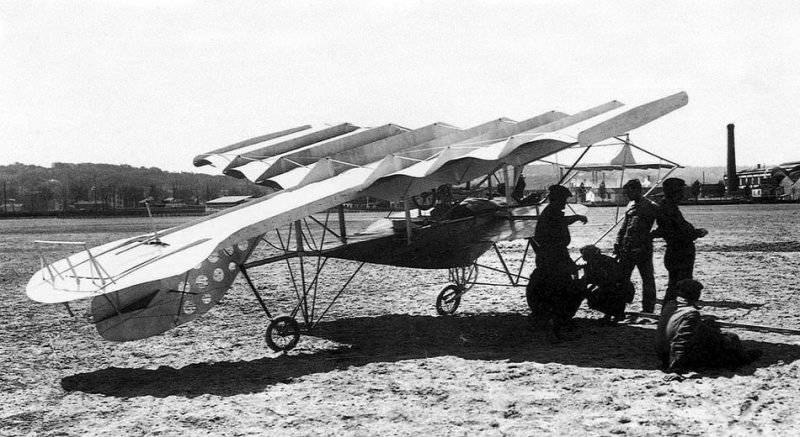 It is difficult to say what motivated Moazen to develop such an intricate design, however, the then airplanes sometimes looked even more bizarre, because their creators, having no scientific basis, were guided only by their own imagination and intuition.
Muazen's intuition let him down - his plane crashed in the first flight, flying only 30 meters, which is not surprising, since there were no roll control devices on it. 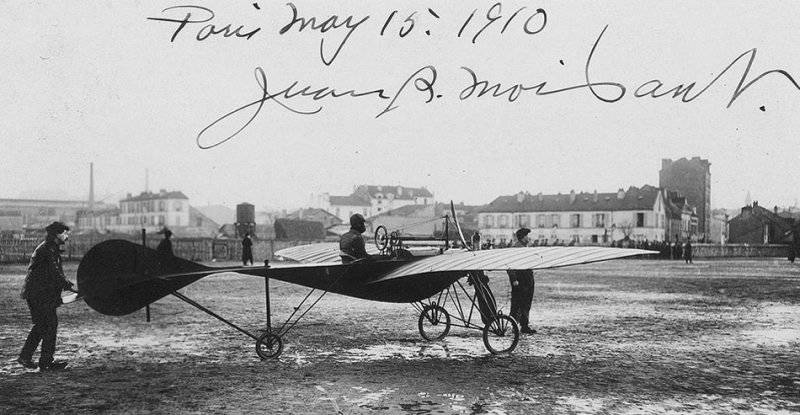 The following year, the aviator made a new attempt, making the airplane a more traditional scheme with linen covering of the bearing surfaces, but it also flew poorly and unstablely. Realizing that the aircraft designer had not left it, he decided to pursue a career as a professional pilot and purchased from the Louis Blerio company a double monoplane Blerio-11.
At first, he was successful: having performed 17 on August 1, the first stories flight from Paris to London with a passenger on board, Moisin hit the front pages of newspapers. It is noteworthy that for him it was just the sixth independent airplane flight. 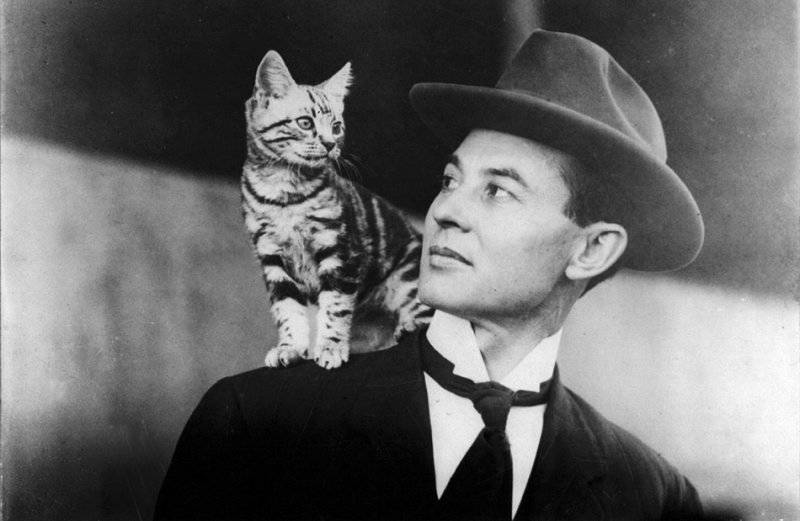 In the flight of Muazen from Paris to London, in the cockpit of his Blerio, in fact, there was not one, but two passengers. The second was Fifi - the first cat that made the air travel over the English Channel. 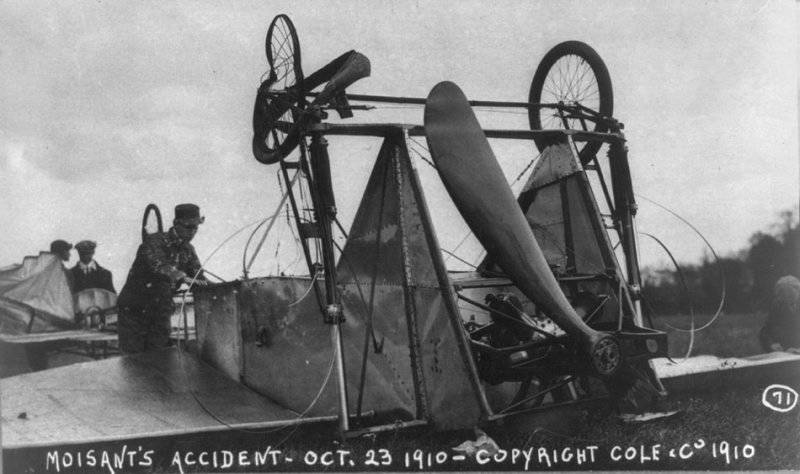 Unfortunately, the summer career of John Moisen was short-lived. October 23 1910, he took part in the race for the Michelin Cup in Louisiana. On the run-up before takeoff, one of the wheels of his plane collapsed, the device crashed and the pilot received a fatal spinal injury. In the endless list of dead aviators, his name is under the number 28.

Ctrl Enter
Noticed oshЫbku Highlight text and press. Ctrl + Enter
We are
Winged metalAn-12 in Afghanistan
8 comments
Information
Dear reader, to leave comments on the publication, you must to register.