November 21 2013
33
The rather rapid expansion of the activities of private security companies (private military companies), given their participation in various world conflicts, is causing a lot of controversy today. What are they? Good luck soldiers who are looking for an easy way to make money, or are they still professionals with a strong sense of responsibility? It is quite difficult to answer these questions, because the faces of these people are impenetrable (a necessary requirement of this type of activity). In any case, it is always a highly qualified team of specialists. To date, the development of PMCs was the beginning of the formation of a new direction in the military field, including in our country.


It is no secret that private military companies go mainly to earn money, while continuing to do what they love, what you were well trained for. The backbone of all PMCs are retired military, special forces soldiers and other trained specialists. The payment of a specialist in the protection of a ship from pirates per day can vary from 500 to 700 dollars (possibly more), when a ship is in the port, payment falls 2-3 times.

According to the estimates of modern experts, if at the beginning of the 90s of the last century, 50 recruited military personnel accounted for the 1 "private trader", but today this ratio is already 10 to 1 and has a tendency to further decrease. Currently, only in Iraq and Afghanistan several hundred PMCs and security companies are involved, in which more than 265 thousands of contract servicemen work. Ponder this figure. The development of private military companies has quite reasonable prerequisites. First, private military companies have clear advantages to all - efficiency, efficiency, responsibility, high professionalism, financial advantage. Today PMCs are a kind of alternative to either the state or the crime. It is an insurance and guarantee in areas of instability, effective risk management and quick resolution of problems. 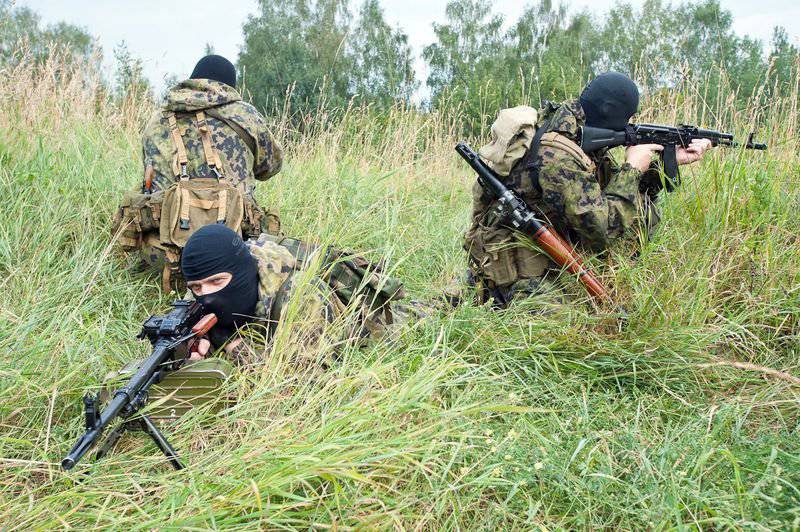 Considering all this, Russian companies that are quite successful (by Russian standards) have appeared on the PMC market, including RSB-Group, Redut-Antiterror, Feraks, Antiterror-Orel, Tigr Top Rent. Security. These companies worked in Afghanistan and Iraq, Sri Lanka, Kurdistan, as well as other not the most peaceful spots of the globe. In order to better present what they are, let us tell you a little about the RSB-Group company.

RSB Group is a private military consulting company that provides its clients with a full range of security and armed security services outside of Russia. The company was founded by professional military officers, a reserve officer of the border agencies of the FSB of Russia, with extensive practical command and combat experience gained at the Tajik-Afghan border.

To solve problems on the territory of the Russian Federation, there is a licensed private security company (PSC) in the reserve of the RSB-Group, and a private intelligence company for information and analytical support. The company employs about 30 people who work in various areas (lawyers, operational managers, team leaders, area managers, etc.). To solve operational and special tasks outside Russia on the territory of other states, the company has a personnel reserve of about 250 people. The personnel reserve consists of reserve officers who served in special subdivisions of various types of troops and have personal operational and combat experience behind them. To solve the most complex tasks that require a rapid response from the company and actions in different parts of the world, RSB-Group actively cooperates with PMCs from New Zealand NavSec International Ltd and a number of Iraqi and British security companies. 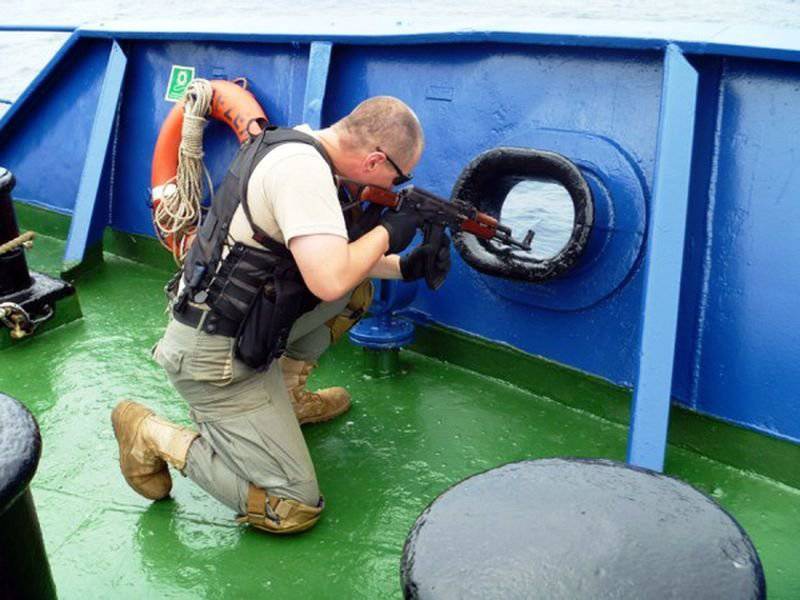 A common service of the company is armed and unarmed escort of ships (in this case, passive protection and acoustic guns are used) in the pirate-dangerous regions of the planet - in the Atlantic and Indian oceans. Land operations - escorting convoys, VIP security, safety of production activities. When coordinated with the legitimate governments of other states - help in maintaining public order during an emergency, protecting state objects from criminals and marauders. Protection of important civilian objects - seaports, airports in areas with high terrorist activity. In addition, the company provides services for mine clearance, exploration and analysis, training, technical protection. That is, the range of services provided is quite diverse.

On this basis, it becomes obvious that modern PMCs are able to solve quite specific tasks abroad, allowing governments to avoid various uncomfortable questions. In order to understand the promise of PMCs for Russia, it is necessary to understand the objectives and the meaning of their existence as a whole. First of all, the meaning of private military companies is the presence of a “uncontrolled” society and the parliament as a whole, military force that can be used to solve specific tasks outside the country. The use of PMCs in some cases allows you to avoid inconvenient debates and lengthy procedures that would inevitably arise if a regular army were involved. In addition to this, which is of great importance, the losses of PMCs are not taken into account by the state structures in any way, which makes it possible to avoid the uncomfortable questions that always arise when losses are borne by the regular army.

In a number of countries that have weakened state institutions, such companies may well replace the armed forces, effectively protecting employer’s facilities and solving a wide range of military tasks. Quite often, private companies are involved in training local armed forces. And, for example, in Afghanistan today PMCs actually took full control of the organization of the supply of international forces in the country, which allows NATO to avoid losses during the transportation of goods. Of course, it costs a lot of money, but reducing political damage justifies cash costs. 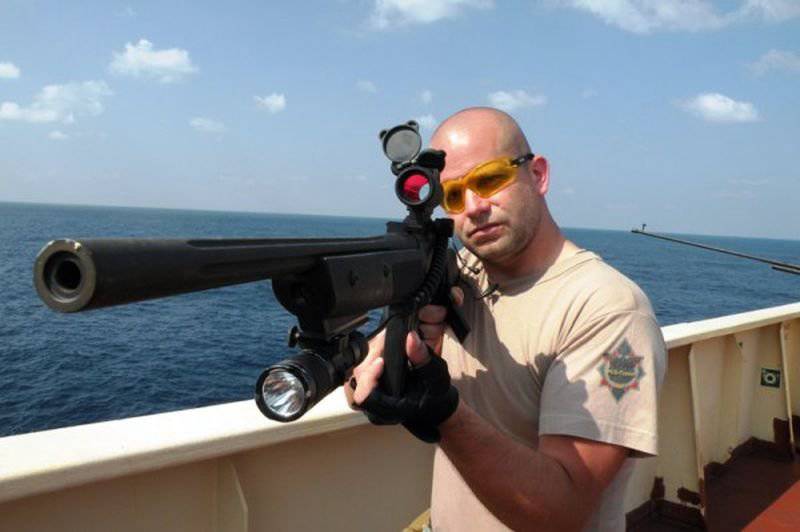 Despite this, truly PMCs and related business still cannot take root in the Russian Federation. First of all, this is due to the lack of the necessary legislative base in Russia. In our country, this very dangerous and difficult profession is essentially equivalent to mercenarism (Article 359 of the Criminal Code of the Russian Federation). Also a deterrent to the development of private military companies in our country is Art. 208 of the Criminal Code of the Russian Federation. The creation of armed formations in the country is not provided for by federal laws, and the financing and management of such formations is a criminal activity.

In recent years, the legal status of PMCs in our country has been the subject of quite active discussions. In 2012, the problem was addressed by Russian President Vladimir Putin, then still in the rank of Prime Minister. In April, 2012, he noted that the activities of such companies are in the national interest of our country. At the same time, deputy Mitrofanov introduced a bill on state regulation of the activities and creation of private security companies to the State Duma, but this project was rejected; experts noted that the project was “raw”. One way or another, there is interest in the problem, but without bringing it into the legal mainstream, it is unlikely that the situation can be radically changed.

Without the relevant laws, PMC activities in Russia will continue to remain in the “gray zone”. The activities of such companies are not regulated by law, but they are officially registered and work on the territory of our country, acting as consulting companies. 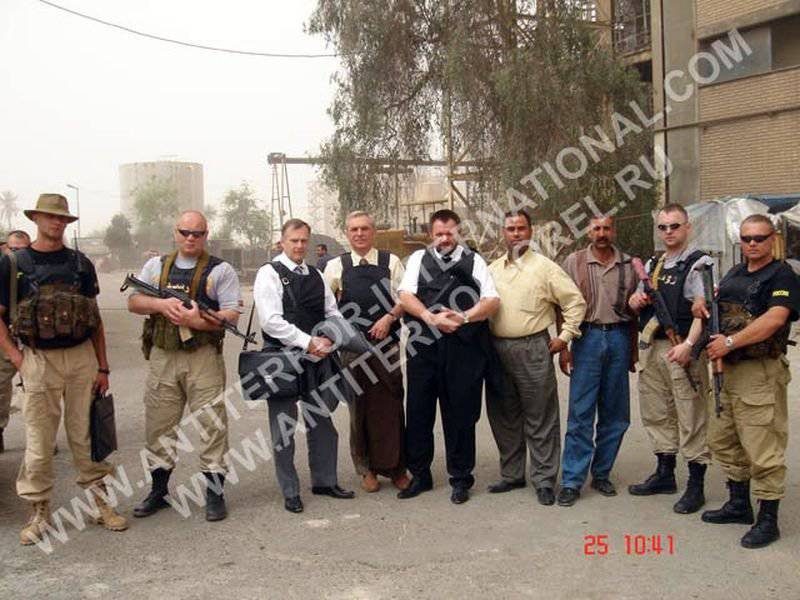 The main customers of the services of private military companies in Russia are shipowners, private companies, large industrial corporations, such as Gazprom, LUKoil, Tatneft, and Inter RAO UES. Information about the use of PMCs by the Russian government agencies is not available. At the same time, it is not possible to talk about the 100% Russian origin of all the PMCs listed above, the true beneficiaries are for certain unknown. The exception is Antiterror-Orel, but this statement, as noted by the specialists of the Center for Strategic Estimates and Forecasts, is based only on available, open sources of information.

Obviously, in such a large country, as Russia is, PMCs are not able to replace the regular army, therefore, Russian politicians, when considering this issue, should clearly define goals and objectives that can be solved with the help of these companies so as not to become dependent on them. . In this regard, the experience of China can be useful for Russia, which today is quite actively using the capabilities of private security companies to conduct its own policies, primarily in Africa. In any case, with competent development of PMC laws, they can become a very important and subtle tool that would help the Russian Federation conduct its own policy in various regions of the world.

The use of PMCs by foreign states is due to the perception of war, a change in the image of its conduct, tactics, concepts and strategies of military operations. Today, the attitude of society to the losses in an armed conflict is very important, and it does not matter what the causes and objectives of this war are. For Russia, whose society reacts very painfully to the participation of its own armed forces in military conflicts, which is connected with the rather tragic experience of Afghanistan, and then of Chechnya, this is more than relevant. 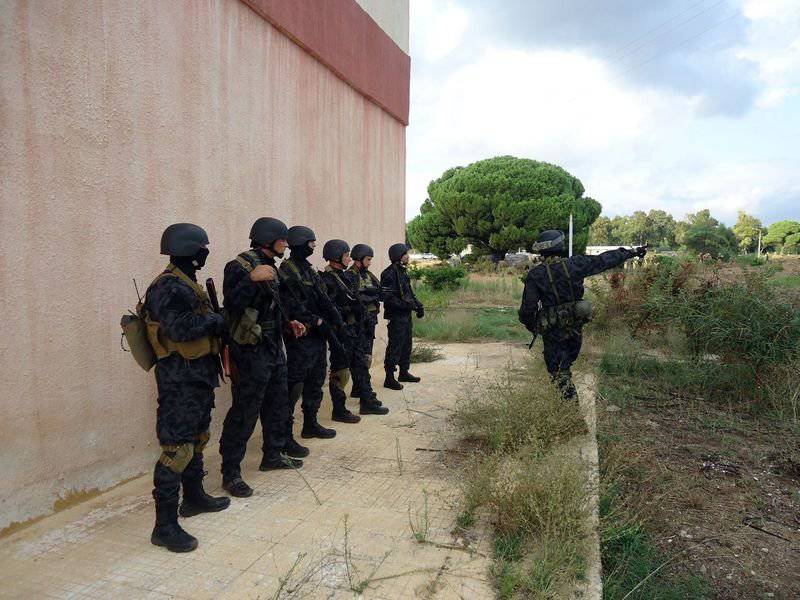 To date, the controversial is the question of the economic efficiency of the use of PMCs. This question, at least, is not fully understood. At the same time, it seems logical that short-term operations are cost-effective. Savings in this case is achieved due to the fact that the country does not bear the costs of maintaining the army and training additional soldiers in peacetime. In this case, if necessary, in a relatively short time, the state will always be able to get at its disposal professional soldiers, who will be provided to them by private security officers. Accordingly, in the case of conducting long-term operations, money savings are leveled by the high cost of contracts with PMCs in comparison with regular armed forces - regardless of the principle of recruitment. Also, the question of the economic feasibility of using PMCs should be considered comprehensively: this activity is able to bring substantial benefits to the Russian budget only if conditions are created in Russia for registering such enterprises in our country, and not in foreign offshore zones, as is happening today.

In any case, the main arguments in favor of adopting a law on state regulation of the activities of private military companies are the possibility of extracting economic benefits from this (taxes, as well as protecting the interests of Russian business abroad), getting into their hands a new tool to solve quite specific tasks. In addition, in our country PMCs could perform an important social function - the employment of former military personnel.