The concept of public security of Russia determines the main threats

November 21 2013
70
On November 20, the concept of public security was approved by Russian President Vladimir Putin. The concept in this case is a system of views on public security issues that (views) have acquired a documentary form. The main directions of this concept are not only identifying the sources of threats, but also setting goals and objectives aimed at improving the security system in Russia. Goals and objectives are set for the authorities of all levels, as well as for those organizations whose work is initially aimed at systematically building reliable barriers to threats and countering the challenges for Russian society.

The signed Concept itself does not give answers to the question of exactly how the state is going to fight the same corruption or the threat of the spread of extremism in the next seven years. Its main goal is to provide a legislative base that could be actively used to solve the problems voiced in the concept. The first phase of the implementation of this base will last until 2016 year. At this stage, the state plans to coordinate the work of various regional, let us say, institutions, to begin the development and trial launch of targeted programs, including those of a preventive nature. For the period from 2017 to 2020, the second phase of the Public Safety Concept is outlined, during which the most workable targeted programs will be implemented in full with a designation of the circle of state structures responsible for such implementation.

In addition to the above-mentioned threats, the Concept highlights others. This, for example, unimpressive state of transport infrastructure, natural disasters, man-made disasters.

In this connection, it is interesting to note that the other day in the State Duma the first reading was a bill in the field of information security. Under this project, employees of the Federal Security Service receive more authority in the operational-search work to counter information security threats. The authors of this bill explain why they came up with the idea of ​​a substantial expansion of the powers of the FSB in matters of information security. One of the main reasons is to record the growth of attempts to spread malware over the Internet, which then begin to manifest themselves as information weapon. The proponent of increasing the powers of the FSB in accessing personal information on the Internet (of course, exclusively for good purposes ...) is Irina Yarovaya. And not only she. Other representatives of the United Russia faction in the State Duma also expressed support for the bill.

Irina Yarovaya:
The faction "United Russia" and the relevant committee support this initiative. We believe that this bill can be considered a priority.

After the words expressed by the deputy of Spring, it is somewhat strange that information security is not mentioned in the Public Security Concept for the period up to 2020 of the year, which was signed by the President. Whether information security and public safety are inconsistent concepts, or the authorities have made a serious mistake in preparing the document.

If we return to the main challenges that are defined in the Concept, then undoubtedly apart is corruption. It is corruption ticks that attract all other threats and challenges that are fixed today in relation to Russian society. The same problem of illegal migration is easily solved if one assumes that officials of one level or another disaccustomed to “take to the paw” if the FMS works in the manner prescribed by law, and not in the manner that the local “king” decided.

The same with the spread of drugs. It is difficult to talk about the concept of combating drug trafficking, when some representatives of regional internal affairs agencies are wiping their backs with all state concepts, collecting “cream” from those who poison young people with potions.

Here you can at least ten concepts to accept, even a trillion to direct each to implement - there will be zero sense, since corruption paralyzed the system for monitoring the implementation of laws. It’s like a rusty rat-trap that lies in a closet, the owner of the house puts pieces of cheese into it (sometimes more, sometimes less), and the rats, realizing that the mechanism will not work anyway, eat this very cheese, lounging almost Rat trap ... 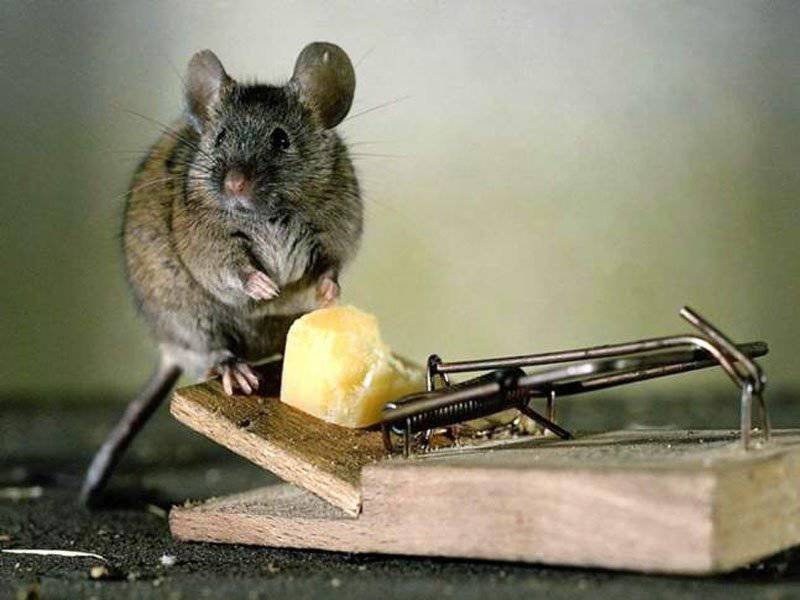 And some do not run away even when the door to the closet opens - they expect that the owner is weak-sighted, and therefore he still will not see ...

Ctrl Enter
Noticed oshЫbku Highlight text and press. Ctrl + Enter
We are
Pentagon CybermenMilitary doctrine of the Russian Federation
70 comments
Information
Dear reader, to leave comments on the publication, you must to register.