"Whether in Somalia, or in Afghanistan." The expert spoke about the consequences of the war in Libya and the reasons for the collapse of the country. 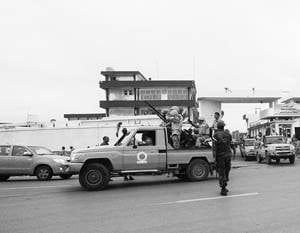 “Libya cannot live in constant danger - oil production is declining, followed by income. Therefore, it is necessary to achieve security, and, as all Arab newspapers write, if the authorities fail to disarm all the numerous armed detachments, the country will disintegrate further, ”diplomat Veniamin Popov told VZGLYAD newspaper. So he commented on the latest news from Libya, where the central authorities are trying to expel the militants from Tripoli.


As a result of violent clashes, units of the national army of Libya on the eve began to take up positions on the streets of the capital Tripoli. The city includes armored vehicles of the regular armed forces, the newspaper VIEW. At the same time, the authorities demanded that all militants leave the capital within 72 hours.

The Russian Foreign Ministry called Tripoli on Monday to take measures to restore order in the country, and recommended that the Russians refrain from traveling to Libya. Moscow "calls on the Libyan authorities to take all necessary measures to restore law and order and legality in the capital and other parts of Libya." “This also implies the restoration of an effective state apparatus, law enforcement agencies, as well as the speedy reintegration into the peaceful life of former insurgents,” the ministry added.

Recall that the situation in the Libyan capital became sharply aggravated on November 15, when ex-revolutionaries from Misurata shot demonstrators in the Gargur region. Later, on Saturday, militants from Misurata seized a military base near Tripoli, looted military depots and took everything that was there. weapon in Misurata. Tripoli declared a state of emergency. Meanwhile, the deputy head of the Libyan intelligence service, Mustafa Noah, who was kidnapped on the eve, was released on Monday.

However, good ones came from Libya on Monday news - after an almost two-week break, it resumed gas exports to Italy via the Green Stream gas pipeline. The gas pipeline was inactive due to disagreements between the government and the leaders of the Berber tribes. The latter demanded the expansion of their political rights. At the same time, the Berbers seized a number of gas terminal production facilities in Mellitte, which led to the termination of exports through the Green Stream.

How many militants will actually leave Tripoli in 72 hours and what is the probability of a complete collapse of the country and the second civil war in general, the former Russian ambassador to Libya, foreign relations director of the Islamic Culture Support Fund Veniamin Popov told the newspaper VIEW. 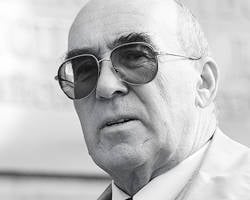 VIEW: Veniamin Viktorovich, the central authorities of Libya gave the armed groups three days to leave Tripoli. Will the militants submit to the authorities?

Veniamin Popov: One can only guess. In a country where there were a lot of weapons, these weapons were seized by tribes and separate groups, and now they are trying to dictate their conditions to the central government. The authorities failed to properly create an army and police, so now it is difficult to say what will happen next. Those who started these skirmishes, the so-called Misurata militia, started them because their commander was killed.

This event led to such a huge number of victims, about fifty people were killed and more than four hundred injured. In one of the areas of Tripoli, there was a real massacre. Misrarat rebels say they will leave Tripoli during 72 hours, but at the same time they promise to withdraw all their representatives in the High People’s Council and in the government. I call it the "half-life."

A few days earlier, Cyrenaica announced that it intended to create its own national company, and there are main fields there. Before that, a statement was made by the Fezzan authorities that they were creating their own army. This is a “half-life” because central authority still exists nominally.

Libya cannot live in constant danger - oil production is declining, followed by income. Therefore, it is necessary to achieve security, and, as all Arab newspapers write, if the authorities fail to disarm all the numerous armed groups, the country will fall apart.

VIEW: Livia turns into a second Somalia? Is there any way to stop the disintegration of its territory into separate clan sections?

VP: Only the lazy one did not write that Libya is turning either into Somalia or into Afghanistan, where the warlords practically determine the life of the people. This is all a consequence of the NATO bombing, Libya has existed since 1951 as a single state, it was so under the king, it was so under Gadhafi. Now came the militants, and what happened to the country?

Two years have passed, and they still cannot provide order. In addition to Libya itself, the neighboring state of Mali was split into almost two parts. A direct consequence of these same actions was also the creation of a hotbed of tension from Algeria to Somalia. It spreads like a disease, which countries it still covers, I do not know.

Politicians had to not only lead, but think about the results of their actions, try to anticipate possible developments. The blame for the events lies largely in England and France.

Now the Americans are trying to find out who killed their ambassador and other diplomats, offering ten million for information and still cannot find anything. More than a year has passed. The military invasion in our time does not lead to good, in the twenty-first century it is impossible to act by the methods of the nineteenth.

VIEW: Are the forces of the national army and various field commanders comparable? Including the number and armament.

VP: The “Misurata militia” has heavy weapons, an arsenal that belonged to the troops of Colonel Gaddafi. It is not by chance that Lebanese weapons are still found in Syria, where they are used by “oppositionists”. Now it is not known who is stronger there at all.

The central government would have long since expelled the militants who are locally in Libya if they had the opportunity. And if in Benghazi they create their own oil company, then it is quite logical that they will refuse to provide for Tripoli. Why do they need this central authority? All these are serious steps to the final collapse. Many Libyans fled from the war abroad to neighboring countries, so we can say that the real army does not exist.

VIEW: Does the Libyan authorities have any opportunity to prevent energy collapse? Is full-scale conflict possible between Berbers controlling the Libyan fields and the national army?

VP: Berbers are different tribes, they have a different ethnic community. Now I would not use such words as “collapse”, no one wants to completely stop the extraction of oil, they just want to appropriate part of the profit to themselves. This is a dangerous path, another path leading to the collapse of the country.

For two years, Cyrenaica did not agree with Tripoli, an attack was committed on the Russian embassy, ​​and militants kidnapped the Libyan prime minister. How can this be? The central government has no levers of pressure on the separatists. Tribes are much stronger, at least they have their own well-armed combat formations. What will happen next is hard to say. Many offer to hold new elections in order to create a new, more active and efficient government.

VIEW: Was it possible to prevent all this? Was a compromise between Gaddafi and the rebels in 2011 possible, for example? Why the West did not push the rebels to national reconciliation?

VP: At first there were a lot of attempts to reach an agreement. A lot of people, including those from Arab countries, attempted to mediate between the rebels and the government of Gaddafi. These were both special representatives, for example from Jordan, and other missions that made certain efforts, for example, representatives of the African Union. There were also Europeans who personally knew Gaddafi. I think that the West, and above all England and France, considered Muammar Gaddafi to be a very inconvenient partner, who threatened many revelations and other troubles. For them, the decision to remove it was quite acceptable.

When Tanks Gaddafi was approaching Benghazi, NATO planes bombed these columns, apparently, just before that, Gaddafi wanted to try to negotiate with the rebels. He offered them their own areas and so on, but most likely, the Western countries did not want this.

They considered Libya a good prize, a unique country. Firstly, because of the unique, practically sulfur-free oil, which does not need to be refined. Secondly, there are good lands and the richest crops in the Middle East. Third - almost two thousand kilometers of the Mediterranean Sea. That is, the development prospects were very good, given the ancient historical Monuments inside the country. Libya was a wonderful trophy.

Ctrl Enter
Noticed oshЫbku Highlight text and press. Ctrl + Enter
We are
"Failed" states in the plans of WashingtonOleg Valetsky about the wars in the Balkans, their causes and Russian volunteers
13 comments
Information
Dear reader, to leave comments on the publication, you must to register.