On glonassofobiya USA: why America is not going anywhere from our satellite navigation 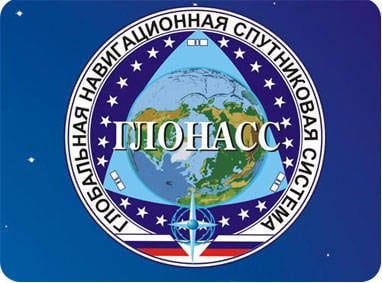 The US State Department has denied Russia the deployment of GLONASS stations on its territory. American media reported that, despite the initial positive decision, the Pentagon and the CIA intervened in the matter, who said that the Russian satellite signal correction stations in America would allow Russia to direct cruise missiles to Americans with an accuracy of one meter, as well as spyware operations and generally threaten "American dominance in the field of satellite navigation."


Note: the accusations that the Russian weapon will gain a significant advantage due to the expansion of the GLONASS station network, delusional, simply because neither Russian rockets nor Russian planes rely on satellite navigation signals in their work. The satellite signal can be of help, however, as the flight of Russian strategic bombers across the Atlantic a few years ago showed, it can suddenly be turned off or hammered by interference, so military systems are oriented primarily towards other navigation methods. Below is about why the rest of the claims of Americans are just as crazy and how GLONASS got to the USA in general.

Why do we need these stations 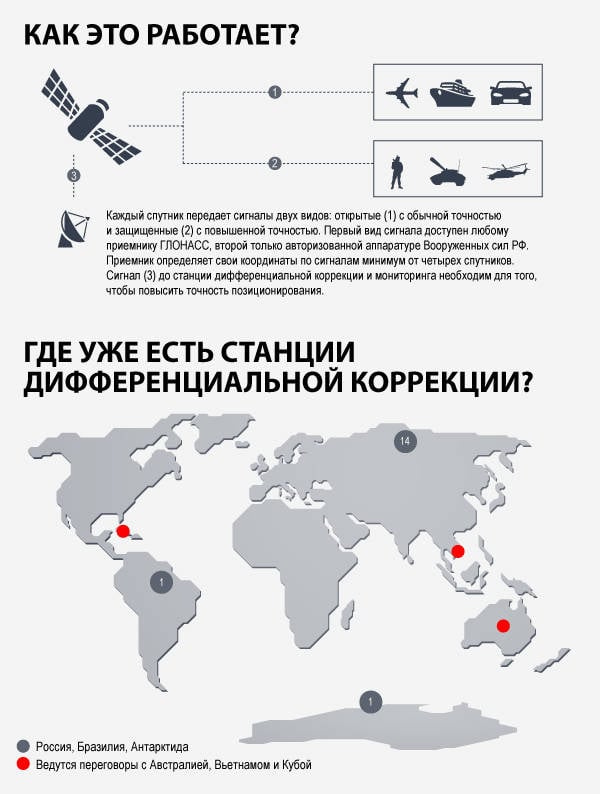 Satellite groupings of positioning systems that GLONASS and GPS are organized in the same way. Speaking primitively, several satellites constantly hang in orbit, each of which sends signals with its own coordinates on the air, and ground receivers catch these signals from several vehicles at once and, based on the signal delay, calculate their distance from each of them, getting a point on the earth's surface . The more satellites are visible, the more accurate the calculations. This system is capable of operating without any additional ground stations, but then its accuracy would be extremely low. It is impossible to achieve perfect work because the clocks of receivers and satellites are not synchronized, the ionosphere and the Earth’s atmosphere affect the signal, the satellite orbit is not perfect and can be deflected even under the influence of the perturbation of the magnetic fields of our planet.

Differential correction and monitoring stations are needed in order to improve positioning accuracy. They are located in geodetic points, adjusted to the millimeter, where they can listen and analyze signals of the satellite constellation. If the satellite begins to report to the station incorrect data about where it is located, the station is able to quickly track down the fault and transmit data about it to the base site. He will calculate the error for all regions of the planet, from where the stalled satellite is seen, after which he will transmit a corrective indication into orbit, and the satellite will begin broadcasting new coordinates that already correspond to the standard. As an option, the data will transmit to another satellite with the correction function, but the result is the same - the system will quickly fix itself automatically.

The accuracy of the GPS system is ensured by three zones in which ground monitoring stations are densely installed. These are WAAS in North America, EGNOS in Europe and MSAS in Japan. In Russia, the network of GPS stations is not, however, individual adjustment units work. In particular, since 1998, St. Petersburg has an open-access base station, supplied by a tender from the Ministry of Transport of the Russian Federation. It broadcasts signals with differential correction of coordinates, which are received by devices along with signals from satellites, and thus can improve the performance of all GPS receivers in 150 km radius. However, such stations operate only as a satellite substitute in a limited area and are not able to regulate the satellite constellation.

GLONASS has three stations of control in Antarctica and sixteen in Russia, thanks to which in the Arctic the signal of our system has much higher accuracy. However, it is not difficult to beat the Americans here, since the NAVSTAR / GPS grouping is rejected to the south and regularly gives an error in the polar regions up to 800 meters. However, until recently in the rest of the world there were nothing and no one to correct minor errors of our satellites. This year, a ground station was opened in the north of Brazil, which needs the most accurate positioning in its jungle, soon the same station in the south of the country and another in Cuba will join it. Negotiations are underway with Australia, Indonesia and several European countries that could set up EGNOS to adjust our satellites too.

What to expect in the future

These are still single objects, but they are already capable of qualitatively improving the signal of the Russian system. It must be said that GLONASS does not necessarily place ominous black boxes with unknown equipment surrounded by barbed wire and KGB employees on the territory of other states. The organization of the work of the system is such that only a local contractor can service a ground station in another country, of course, with proper control from Russia. This completely eliminates the possibility of collecting any extraneous data through GLONASS devices, which some US senators have already intimidated their public.

If we exclude American hawks from the equation, then there are no opponents of placing GLONASS stations in the world. GLONASS and GPS systems are competing only in the reality of the Cold War, and in the modern world all geodetic receivers and more than a third of domestic signal receivers are already working with both systems at once for one simple reason — positioning eight to ten satellites is much better than three to four . For the whole world, there is practically a single aggregate orbital constellation of satellites, and if a part of it earns with improved accuracy, then absolutely everyone will benefit from it.

Therefore, the US State Department, interested in softening relations with Russia, should soon inevitably side with the lobby of surveyors and electronics engineers against the lobby of the CIA and the Pentagon. Otherwise, the stations of Russia will still appear either in Canada, or in Greenland, or in Cuba - only this time America will not be able to bargain for it. The construction of the Russian stations will require the holy for America market, which has already felt the benefits of two coexisting systems. Thus, America’s undivided dominance in the field of satellite navigation also turns out to be an urban legend, and not a real state of affairs.

It is noteworthy that Russia asked the United States for the possibility of locating its monitoring stations, primarily in Alaska. This means that if GPS traditionally provides high-quality reception in the USA and Europe, then GLONASS intends to stake out the Arctic. “However,” he regularly talks about why and how Russia returns to the Arctic.

Ctrl Enter
Noticed oshЫbku Highlight text and press. Ctrl + Enter
We are
US foreign military bases on the images of Google earth. Part 1Situational analysis of the death of the MH17 flight (Malaysian Boeing 777), made on the basis of engineering analysis from 15.08.2014
75 comments
Information
Dear reader, to leave comments on the publication, you must to register.