Still the gods of war 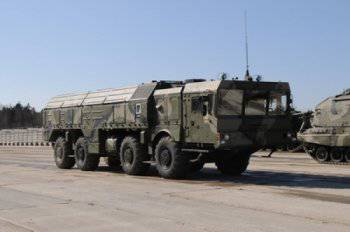 The results of combat training, new models of equipment and the prospects for the development of rocket forces and artillery of the Ground Forces were told to Red Star by the Chief of the RVAA Ground Forces Major General Mikhail Matveyevsky. 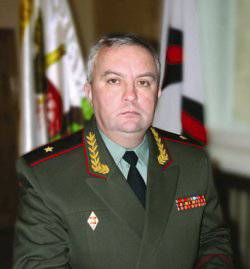 - Mikhail Mikhailovich, recently the troops completed the final checks for the past training period. What were the results of the rocket forces and artillery at the end of the year?

For the better, according to the results of the final inspections, the formation of MFAs of the Western Military District was assessed (Colonel Oleg Kuvshinov, head of the RVAA ZVO). Thus, of the eight verified formations of the MTAA ZVO, only the 9-I Artillery Brigade of the 6-I Army (commander of the brigade, Colonel Andrei Salikov) received a satisfactory rating, the rest were rated as “good”. Special thanks to the commander of the Iskander-M 26 Rocket Brigade, Colonel Alexei Vyakhirev.

- How did artillerymen and missilemen prove themselves during the joint West-2013 strategic exercise?

- In the course of the Zapad-2013 SSA, all the missile and artillery formations involved in the exercise showed good training and solid knowledge in the performance of the assigned combat missions, including during the launch of the missiles and artillery firing. The level of training of commanders and staffs of formations (divisions) ensures the steady control of subordinate divisions during the conduct of combat operations. During the joint strategic exercise “Zapad-2013”, the MTA and RNF successfully accomplished the assigned tasks, and the objectives of the exercise were achieved.

- This year the competition for field training of officers of the rocket forces and artillery of the Ground Forces and the final of the All-Army competitions of commanders of artillery batteries were held for the first time at the Totsk range of the Central Military District. What did the all-round artillery show?

- For the first time at the combined-arms range (Totskoye settlement) of the Central Military District, founded almost 100 years ago as the Totsky artillery range, in July of this year. The final stages of the competition for field training officers of the rocket forces and artillery of the Ground Forces and All-Army competitions of commanders of artillery batteries in the form of artillery multiathlon took place.

47 officers from the Ground Forces, the Airborne Troops, and the coastal forces of the Navy fought for the title of the best commanders of missile, artillery divisions and their deputies, commanders of artillery batteries fleet and internal troops of the Ministry of Internal Affairs of Russia.
Rocket-artillery all-round includes officers competition in more than 10 types, which include tactical training, control of missile strikes, shooting and fire control, implementation of individual standards for special training, technical, physical, firing training from rifle weapons and driving.

The results, which were shown by the commanders of batteries and divisions for shooting and fire control this year, differ from the results of previous years for the better, and significantly. If in the 2011 year, the commander of the artillery battalion who took the 1 place completed two fire tasks out of three, and those with a satisfactory rating, this year the winner of the competition commander of the 5 division of the general military army of the Eastern Military District captain Sergey Sviridov completed all three tasks perfectly well". He received incentive points for overlapping standards for the execution time of the fire mission and accuracy of fire. The winner of the All-Army competitions among the commanders of batteries from the 56 of the airborne assault brigade, Captain Yevgeny Kartashov received two excellent and one good marks.

It is worth paying attention to the high density of the results of the contest winners. As an example I want to give you - the winner of the competition outperformed the “silver” prize-winner by only three-tenths points. 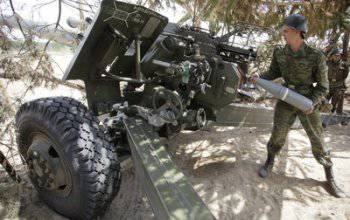 - Please tell us about the new and modernized models of weapons and military equipment entering the rocket forces and artillery?

- Taking into account the directions of further development of the MFA RVAA, the ultimate goal of building a kind of military has been defined - the rocket forces and artillery of the Ground Forces should move to a qualitatively new state and become a reconnaissance and fire system. And, as a result, one of the main areas of activity is to equip MFA troops, units, and subunits with highly effective automated control and reconnaissance complexes, as well as modernized or advanced missile and artillery complexes, and all-round support and protection means.

Thus, the upgraded artillery units receive the upgraded 152-mm self-propelled howitzers Msta-SM, which are fully integrated into the MFAA ESU TZ control subsystem. They have an increased rate of fire and the possibility of implementing the “simultaneous fire raid” mode, when for a short time each self-propelled howitzer shots at different height trajectories at one target, which ensures the simultaneous fall of projectiles at the target. That is, each weapon for fire performance replaces the 6-8 guns.

The Tornado-G multiple rocket launcher systems, which are also fully integrated into the MFA and ESU TZ subsystem and have the ability to automatically target the combat vehicle, began to enter the jet units.

The new all-weather anti-tank missile system "Chrysanthemum-S" enters the anti-tank units, which has the unique ability to destroy enemy’s armored targets in conditions of limited visibility and knows how to penetrate the armor protection of all modern tanks.

- What are the effectiveness and development prospects of unmanned aerial vehicles used in the missile forces and artillery and automated control systems for units and fire?

- Given the evolving trend of long-range fire damage to the enemy, missile forces and artillery are increasingly using all available reconnaissance assets, including unmanned aerial vehicles, which allow real-time detection of enemy groupings and the correction of fire and impact of the formations necessary for MFA. MTA. And these are not theoretical studies, but realistic reconnaissance-fire and reconnaissance-strike circuits, put into practice, which was implemented during the joint West-2013 strategic exercise at the Luga training ground.

With regard to the use of automated control, I would like to say that the rocket troops and artillery is one of the few types of troops, which in the 90-s of the last century had the first complexes of automated fire control. And, of course, we are not standing still and constantly moving forward. Today, automation systems have been developed from an artillery battery to an operational management level inclusively, which ensures steady, continuous and operational management of all units of the military service. 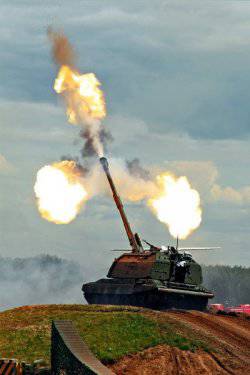 - Do the soldiers on appeal during a year of service have enough time to master the rather sophisticated armament and military equipment of the rocket forces and artillery, which require specific personnel knowledge and skills? What is being done to improve the effectiveness of combat training?

- Rocket and artillery formations are characterized by greater independence on the battlefield, a stricter distribution of the functional duties of personnel during combat work, a close dependence of overall success on the skills of each specialist, and limited time to perform fire tasks. Of course, all this imposes its own characteristics on their combat training.

Along with high combat coherence of the calculations (departments), subunits and parts of the MFA, a comprehensive knowledge of the functional duties in the combat work of each calculation specialist (department) is required. In general terms, the importance of these specialists is explained by the fact that they perform the most complex and demanding operations. Therefore, due to poor training in the calculation (separation) of at least one such specialist, in some cases, the entire combat mission may be under threat. For example, an error made by a range finder in determining the distance to a target, a gross error of a calculator or a gunner, an error in the preparation of a charge can lead not only to the failure of the task, but also to fire on their troops.

Currently, improving the effectiveness of combat training in the performance of assigned tasks on modern IWT samples is being solved by improving the selection system for training centers (training of specialists) of the kind of troops, including to positions that determine the combat capability of military formations; increasing the number of military personnel under military service under the contract; manning MTAA formations that are armed with high-tech weapons and military equipment that are difficult to study and operate with on a contract basis.

- Are you satisfied with the quality of training of young artillery officers who graduated from the Mikhailovsky Military Artillery Academy in recent years? How do they show themselves in the army, especially in the course of increasingly frequent exercises of various sizes and sudden inspections?

- Currently, officers for rocket troops and artillery are trained on the basis of the Mikhailovsky Military Artillery Academy (St. Petersburg). This year more than 500 specialists graduated from it.

The quality of graduates' military professional qualifications, including the management of units and subunits in combat and in peacetime, the level of field training, command and methodical skills and educational work skills meet the qualification requirements for graduates, and are generally rated as “good” .

Most graduates of the Mikhailovsky Academy are able to correctly assess the situation, draw conclusions and make informed decisions on enemy fire engagement, timely assign tasks to subordinate units and subunits, and manage missile strikes and artillery fire in various types of combat. The last example: during the preparation and application of a combat missile strike with the Iskander-M and Tochka-U missile complexes, the graduates of the Mikhailovsky Military Artillery Academy 2010-2013 successfully supervised the combat calculations of the Russian Armed Forces. Thus, the launch of the Iskander was made on October 30 by a graduate of the Mikhailovsky Military Artillery Academy 2012 of the year, Lieutenant Sergey Grinenko.

Ctrl Enter
Noticed oshЫbku Highlight text and press. Ctrl + Enter
We are
Where are our guns?
8 comments
Information
Dear reader, to leave comments on the publication, you must to register.