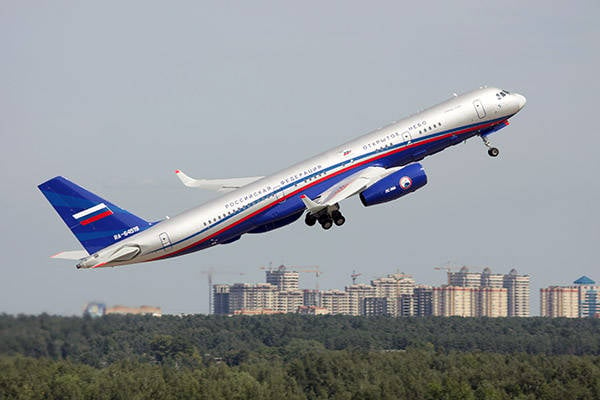 A group of Russian officers are now flying over the military garrisons of Denmark. Their aerial inspection will last until November 22, and the Aalborg airfield is chosen as the starting point.


In the framework of the international program "Open Skies", which participants are Russia and Denmark, representatives of the Russian Defense Ministry from the board of the An-30B aircraft take pictures and video of the Scandinavian partners and naval facilities. What kind of “goals” have already appeared and will still fall into the lenses of observers, they prefer not to spread to the military departments of the countries.

- We submitted an application in advance, where we indicated the alleged inspection sites. It was examined in Copenhagen, after which they agreed to the control flights. To ensure that the Antonov’s crew didn’t stray from the route, Danish specialists will accompany our inspectors in each flight, the RG correspondent was told in the Russian Ministry of Defense. The capabilities of international controllers are practically unlimited. They have the right to record the movement of troops and ships, as well as to remove any objects of the army and naval infrastructure. This procedure is universal, and it has been adhered to by our military for many years during inspections abroad. However, their current trip stands apart. The fact is that in Denmark for the first time they are testing new digital control equipment. According to Sergei Ryzhkov, head of the National Center for Nuclear Danger Reduction, Russia became the first state party to the Open Skies agreement, which installed modern optoelectronic systems on its observation aircraft. In late September, they underwent an international examination with 58 experts from 22 States parties to the treaty. What kind of technological innovations are used in this equipment, the military, for obvious reasons, are silent. However, it is known that photo and video materials made with its help are of high image quality. Which fully complies with the requirement of the contract: the basic types of military equipment should be clearly recognized in the pictures and, for example, the crane should not look like a rocket launcher.

I must say that for such inspections in Russia, two types of aircraft are certified - An-30B (flights over European countries) and Tu-214OH (video control in the USA and Canada). Tupolev was specially made for the Open Sky program and is currently undergoing pilot operation. For him, they created a unique electronic "stuffing" and integrated the controls, information receiving and processing equipment, onboard equipment and a number of ground complexes into a single complex. According to the general designer of this system, Vladimir Verba, now for one flight you can get four types of information - from digital aerial cameras, infrared and conventional video cameras, as well as from a side-looking radar.

- In Alaska and the Aleutian Islands are located US military facilities. The sky above them more than 300 days a year closed by clouds, limiting the possibilities of space reconnaissance. Our surveillance system allows the aircraft to fly under the clouds and get information. Of course, we will not see the stars on the epaulets, but we will see the marina, the missile shaft or the radar guaranteed, - Verba promises.

Ctrl Enter
Noticed oshЫbku Highlight text and press. Ctrl + Enter
We are
"Army Games". Masters ABT. Part 1OSCE Inspection - a courtesy visit or security control?
22 comments
Information
Dear reader, to leave comments on the publication, you must to register.