The Curse of Bolshevism: the cult of peasantry 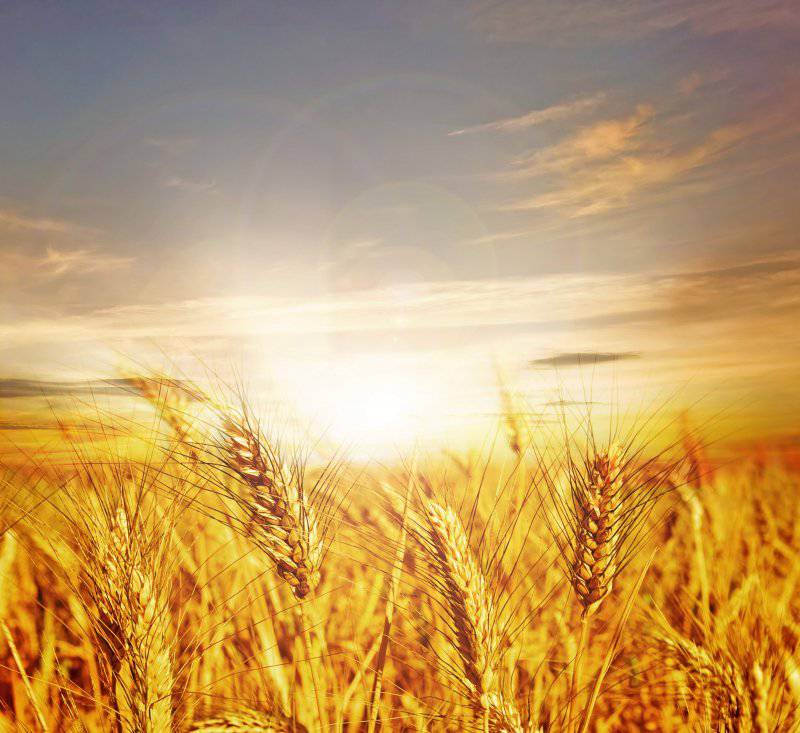 What may be obvious to mere mortals is not always obvious to Ukrainian politicians and experts. At the same time, if earlier I thought that the representatives of our elite were talking nonsense, they are fooling me, but lately I have been inclined to think that they are sincere in their madness. This is hard to believe, but Kiev political analyst Andrei Vajra is right in calling Ukrainian officials oligophrenic. Let me once again quote an excerpt from the article "On some manifestations of oligophrenia in Ukrainian politics", which was published back in January 2006:


“Anyone who has the joy of communicating with Ukrainian politicians / officials can easily point out a number of distinctive features of their mental organization, among which the main ones are the weakness of abstract thinking and the inability to generalize. At the same time, it’s purely substantive, concrete, situational thinking of this social stratum of Ukrainian society is characterized by a striking primitiveness of judgment. The horizon of the leaders of Ukrainian politics is extremely narrow, it is characterized by a poor vocabulary, a simplified construction of phrases, frank illiteracy. Attention and memory are generally weakened, although some of them have a well-developed mechanical memory with selective memorization of certain facts, names, figures. It should also be noted that the sovereign husbands of Ukraine have significantly reduced the level of motivation and initiative, activity, as a rule, devoid of meaningfulness, consistency, and often purposefulness.Most of the representatives of the Ukrainian political elite are characterized by heightened suggestibility, inability to logical understanding of events facts and facts, lack of ability to make adequate decisions not only in difficult, but even fairly simple situations, as well as low self-criticality.

Do you know what is the most interesting in the above described portrait of a typical representative of the Ukrainian political elite? The fact that he gives clear symptoms of such a group of mental diseases as oligophrenia, characterized by congenital or acquired mental underdevelopment in early childhood. It sounds unbelievable, but oligophrenic ruling Ukraine, in the truest sense of the word! No, of course, most of our political elite (with rare exceptions) do not have such severe forms of oligophrenia as idiocy or imbecility, but the fact that its main mass is on the verge between moronity (mild oligophrenia) and the lower limit of the norm (manifested before total in dementia) is a fact! "

Well, the diagnosis of Vajra is severe but fair. However, if someone thinks that a Ukrainian is by nature incompetent and vicious, then I categorically disagree. Ukrainian nature is generously endowed with talents, which is the mass of evidence in the past and present. Only all these talents cannot unfold in Ukraine for a number of objective reasons, rooted in Ukrainian. history.

A huge pig for the Ukrainians was planted by the Bolsheviks when they founded the Ukrainian national state. The fact is that the criterion of selection in Ukraine was not knowledge and business acumen, but ethnicity. Imagine, two people are applying for the position of leader, for example, the Russified German and the native Ukrainian. The German may be much more talented, but a Ukrainian will be appointed as the head. After all, when choosing the leadership of "fraternal Ukraine," you should look at the public opinion of the titular nationality. And then fair competition goes into the background, the weather begins to make "Ukrainians". At the same time, under the Soviet command-administrative system, the violation of natural selection in URSR was not critical for the people and the state (for the sake of truth, the great merit of Soviet Ukrainizers in 32-33's hunger is worth noting). Ukraine’s leadership was not required to make responsible decisions or take initiative. Therefore, these human traits were atrophied by the Ukrainians. The main quality of the leaders of Ukraine was the ability to exquisitely flatter in Moscow and unconditionally fulfill the decisions of the leading and guiding party.

We laugh all the time from the way modern Ukrainian politicians roam across Europe and Russia, begging for preferences, seeking support from the powerful. Do you think they have become so today? No, the Soviet authorities made them such, having laid the gene of licensedness and sycophancy in the Ukrainian elite. Indeed, why bother, if you can go with the “Shmat” of fat to the first-altar, drink vodka, fight off the hopak and settle all the issues in the best possible way at the expense of Russia. Until now, the leaders of Ukraine have been resolving this way, not only in Moscow, but also in Brussels, Washington. Alas, that is the tradition.

In Ukraine, a lot of things decide communication. Qom is a high-class specialist of the widest profile. Do you think by chance? Not at all. Ukraine is peasantry. The so-called Ukrainian nation was fashioned not from the Russian city, but from the village. And in the village, family ties and close acquaintance were always of great importance. Unlike individual townspeople, villagers live in community. These are the rules. A well-known expression, my hut on the edge, speaks not about the clearly expressed individualism of Ukrainians, but only about the attitude to property. Besides, which of the villagers is the elite? Only this, what we see today in the walls of the Verkhovna Rada of Ukraine: loud-voiced, pugnacious and primitive-minded.

Modern Europe is the civilization of the city, and Ukraine is the "civilization of the village." Therefore, Ukrainians will never become Europeans. To do this, we must abandon our peasantry, and not cherish it in ourselves every second and plant it on top at the state level. But then Ukraine disappears with the whole set of its rural values. Then the Ukrainians must give up their titularity and compete on an equal basis with the Russians, including giving the state status to the Russian language. However, how can they go for it, if Ukrainian objective language cannot objectively compete with the Russian language, just as Ukrainian culture cannot compete with Russian imperial culture. Ukraine is a dead end of civilization.

Some say that Ukrainians are deprived of imperial ambitions. Nonsense. The fact of the matter is that Ukrainians-Little Russians are the imperial people. If they did not have a longing for the Empire, they would never have sought to be a Second France and would not compare themselves with the Europeans or Russians. For twenty-three years they would not give a damn about what was happening in neighboring Russia. They would live their quiet provincial life. But the fact of the matter is that Ukrainians want to feel like a great nation, to have their own great scientists, commanders, statesmen. They cannot find such in their history, therefore, willy-nilly, they have to turn on their imagination and write to the great those who were not great. We have to find a thousand excuses why in the past the Ukrainians did not succeed and the main excuse is Russia's imperial oppression. Say because of tsarism and sovietism, the Ukrainians have achieved nothing outstanding. Alas, it was thanks to Russia that the genius of many prominent Little Russians took place. The great is born in the great. The cult of peasantry is the cult of the small. But the main problem of Ukrainians is that peasantry and statehood are contraindicated to each other. The cult of the village inevitably leads to the collapse of statehood.