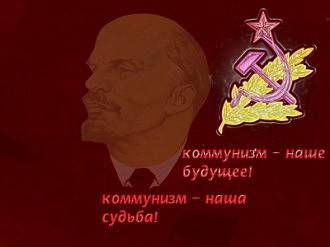 Switzerland will hold a referendum on the introduction of the so-called "unconditional" or "guaranteed basic income." The Swiss referendum is of great interest all over the world: if suddenly supporters of a “guaranteed basic income” turn out to be in the majority, Switzerland will become the world's first social state of a fundamentally new type.


The idea of ​​a "guaranteed basic income" is extremely simple: modern developed countries have long been rich enough to ensure a decent standard of living for all their citizens, and each of their residents should receive a certain amount from the government that will guarantee it a comfortable existence.

Swiss social reformers offer to pay a certain amount (for example, 2,500 Swiss francs, that is, about 2,800 dollars) to each adult resident of the country. They are not afraid that free money will deprive people of the incentive to work, - in their opinion, the overwhelming majority of the population will continue to work. Moreover, labor will become more meaningful and productive, since it will be motivated not by the fear of poverty, but by the desire to take a worthy place in society, to benefit, etc. Deprived of cheap labor for the poor, the economy will receive an additional incentive to introduce technological innovations that increase labor productivity - not to mention the beneficial social consequences of the total eradication of poverty.

With all its extravagance and even seeming “insanity”, the idea of ​​replacing a complex system of social benefits and benefits with one and the same government benefit for all has been seriously discussed in the West for more than a dozen years. The global movement for the introduction of guaranteed basic income, created in 1986 in Belgium, has evolved from a marginal group into a rather broad organization uniting economists and social activists from different countries.

The idea attracts not only the “left” advocates of social justice. The benefits of a “guaranteed basic income” are also advocated by radical libertarians, including such free market advocates like Milton Friedman.

“Liberal fundamentalists” believe that, as long as the modern welfare state still collects huge taxes and spends billions on supporting the poor, it’s better to divide this money equally among all citizens: this will at least eliminate the accumulation of bureaucratic structures that helping the poor, they themselves "eat up" a significant proportion of the tax funds allocated for this assistance. In addition, under such a system, citizens will choose for themselves what to spend government money, rather than receive it in the form of subsidies for various purposes determined by government officials.

Swiss law obliges to submit to the popular vote any initiative that brought together more 100,000 supporters. The initiators of the introduction of "guaranteed basic income" overcame this barrier in early October, and on November 24 every Swiss will be able to express his attitude to their idea. The initiators of the reform do not really hope to win: they believe that the idea is still too radical for conservative Swiss, but they expect that the referendum will at least make people seriously think about it, and over time, innovation will make its way into public opinion.

Enno Schmidt, the founder of the Swiss movement for the introduction of guaranteed basic income, explains that the principle of universal state benefits was put to the referendum, and not its amount - the group says “only for example” about 2,700 dollars, the amount of benefit is to be determined later in a separate discussion, and the reform development process at all levels of government will take from two to four years.

As the American magazine The Week notes, the idea of ​​guaranteed basic income was repeatedly advanced in the United States, although in much less radical ways: American economists suggested setting the size of guaranteed income at the “poverty line” level. The growth of interest in this idea is due, in particular, to the fact that in the past decades, the working poor in the USA is growing - wages no longer provide a decent existence in the lower labor force market, although wages of educated and qualified specialists are growing at an unprecedented pace. Many see that in their current form, the American and European "welfare state" does not reach the declared goals, and are looking for new ways to solve social problems.

The date of the referendum on the guaranteed basic income has not yet been announced. On November 24, the Swiss will hold a nationwide vote on another legislative initiative - on the introduction of a limit on the salaries of managers of joint-stock companies. If the initiative passes, top managers will not be able to receive more than 12 salaries of the lowest paid employee of their company.

Ctrl Enter
Noticed oshЫbku Highlight text and press. Ctrl + Enter
We are
Rich in WarWhat we lost
153 comments
Information
Dear reader, to leave comments on the publication, you must to register.