President Putin’s sabotage initiatives, and how to deal with it 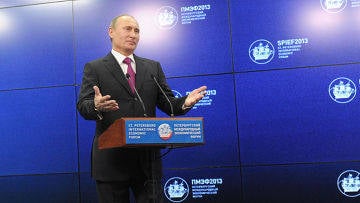 “Power is the ability to manage in practice”
Coba

Dear compatriots, colleagues, 5 in November, the press informed us that Alexey Kudrin, the former Minister of Finance of Russia, was included in the list of members of the Public Council under the Ministry of Internal Affairs. The material was posted on Lenta.ru under the heading "Alexey Kudrin joined the public council at the Ministry of Internal Affairs"

I read the material posted on the Internet and thought. What would it mean? Did the former minister have opened up new talents that could give a new impetus to the fight against crime in Russia? A few words about the read material, and then my thoughts on this topic:

The council, organized by 2 a year ago on the orders of former Interior Minister Nurgaliyev, included a 34 man. 5 November expired term of office of the specified Public Council.

Here is an excerpt from the material I reviewed:

“Interior Minister Vladimir Kolokoltsev signed an order approving the new composition of the public council under the ministry. The order is published on the site office.

Among the 37 people included are former Finance Minister Alexei Kudrin, human rights activist Lyudmila Alekseeva, chief editor of Ekho Moskvy radio station Alexei Venediktov and others. The first meeting, at which the chairman of the council will be chosen, will be held within a month after the signing of the order.

In addition to Alekseeva, the first member of the board was retained by the chairman of the first composition lawyer Anatoly Kucherena, the deputy general director of the All-Russian State Television and Radio Broadcasting Company Anton Zlatopolsky, the deputy general director of the First Channel, Kirill Kleimenov, the chief editor of RIA News"Svetlana Mironyuk, president of the Foundation for the Study historical prospects ”Natalia Narochnitskaya, deputy director of the TV channel“ Russia ”Eduard Petrov, lawyer Henry Reznik, spokesman for Rosneft Vladimir Tyulin and others ....

... Public councils under the Ministry of Internal Affairs and territorial internal affairs agencies were formed in 2011 in accordance with the law “On Police”. In total, more than 14 thousand people joined the boards of various levels. ”

Many of the visitors to the city’s Internet portal NEWS in Tomsk, where I try to be present whenever possible, resent and stigmatize President Putin for failing to bring order to the country. However, it is difficult to bring order to huge Russia in conditions of unbridled sabotage of ideas and proposals, as well as the decrees of the President of the country. In words, the bureaucratic fraternity takes under the visor, such as "obey!", But in practice?

The very idea of ​​creating such public councils at ministries and departments has a positive direction, because it implies feedback from the management echelon of power with the people. In today's conditions, they (public councils) can be useful for the functioning of a social system, because without them, unfortunately, it does not have a clear idea of ​​the paths towards social prosperity. He doesn’t have it, because the leadership is full of incompetence, but because the development concept of society, supported by the society, is not made public and approved, there are no clear development goals and ways to achieve them (NO PLAN, there is no unifying population of the country theory, ideology, CONCEPT). The current situation in the country can be compared with the movement “somewhere, we don’t know where”, when the power at any given moment in time is determined in the situation, space and tries to realize what to do next. That is, we are going as if we will be wandering in an unfamiliar area, still hoping for a positive outcome of our march in an unknown direction. This is reminiscent of the movement of the undecided crowd for the same undecided blind guide.

From common words to specifics.

Here is today's message - the inclusion of Kudrin in the public council under the Ministry of Internal Affairs. Understand the essence of the incident, like about nothing that does not speak to the average person?

According to Putin’s plan, this council should include respected and morally clean people who can help the leadership of the Ministry of Internal Affairs to see and identify the causes of the emergence and prosperity of crime, as well as ways to eradicate it in Russia. And now the direct question is - what can Alexey Kudrin, who is far from being respected by the people and not listed in the ranks of moral people, can advise the Ministry of Internal Affairs? Save, on the acquisition of gold beds, on the salaries of district commissioners, to hide people's money behind the cordon, to save for a rainy day in banks outside Russia? Why is it needed in the public council? The answer, in my opinion, is unequivocal - it is necessary to attach the former somewhere nearby, and what if it is still useful? The leadership of the Ministry of the Interior itself needs it, like a hare, a “stop signal” (just like the Public Council itself). However, included in the Council, it means someone needs it!

I think that the presence of 5-7 people really capable of fruitful analytical work for the benefit of society is enough in the council. However, as reported in the material, their whole 37 people. Consider a few of the announced last names? Let's start with their professional and social status.

Venediktov - Echo of Moscow, Mironyuk - RIA Novosti, Zlatopolsky, Petrov and Kleimenov - from the top of television broadcasting, all represent the media, whose role in spreading negative and aggressive, often blurring the conscience and moral standards of information sometimes discourages its cynicism and sophistication.

All of them, in fact, are ardent anti-Soviets and can not give decent advice in the public interest. They represent not the society, but the nascent bourgeoisie of Russia and precisely its interests. Apparently, someone needs this!

Speaking of public councils, President Putin is referring to the beginnings of people’s participation in governing the country (so far a timid message to becoming not declarative, but true democracy), through introducing him to state affairs. The bureaucratic army twisted everything, sending its Companions to the Soviets, ensuring the inviolability of the liberal bezpredel they created.

This is the very direct, but invisible to the full for the supreme power, but obvious to simple people who can reflect on people, the sabotage of presidential aspirations to change the social life of Russia. The same is happening on the ground, on the periphery. To solve the numerous problems of society below, at the level of the constituent entities of the Russian Federation and the municipal authorities, numerous councils are created (in the Ministry of Internal Affairs alone there are 14000 people) and commissions on any occasion, which usually do not have the necessary effect in the work, which are on paper but do not accept any serious decisions that can not seriously affect our being.

And in Moscow, vigorous reports about the events held (meetings of the commissions) are rushing; the vigorous activity of the administrations to transform our life with you, compatriots, is indicated.

Lenin and especially Stalin called this “headache” and determined the characteristic of these actions - TAMPER AND THREAT TO THE SOCIETY!

To date, the government represented by the multi-million dollar bureaucratic “guard” that has occupied managerial posts does not want to recognize and publish for discussion by the population of Russia the Public Security Concept (BSC), which is able to provide answers to the burning, versatile questions of not only Russia, but the whole of humanity. Today, a more adequate theory of the development of society simply does not exist. Only BER, if it is mastered and adopted by millions of ordinary workers, entrepreneurs, schoolchildren, students, scientists and military personnel, including law enforcement officers, people of managerial work who have not yet lost their conscience and have not forgotten their duty to the Fatherland, will allow us to solve all of our problems, before which the current government, in the form as it has now, despite the presence of a truly worthy leader, is in the person of most of its representatives simply powerless. Sabotaging President Putin’s decisions, distorting his ideas in the course of implementing decisions, simply not fulfilling the tasks prescribed by him under the guise of the presence of insurmountable obstacles, not recognizing his mistakes, stubbornly hushing up KOB, moreover, hindering its distribution, it is, in fact, anti-people, because which impedes our movement towards development and righteousness, does not allow us to confidently get out of dependence on those forces, both internal and external, which have made a lot of efforts to destroy the Union of Soviet Socialist Republics, to destroy its economic, defense, scientific, cultural and spiritual potential. Our people will honor the memory of a single powerful Fatherland for a long time, which we were not proud of for money, but because it was our Motherland, for its glorious history and worthy contribution to the development of mankind. We must continue and will not only honor his memory, but also do everything in our power to make it revived and become even more beautiful, for our land is loved by us!

The fact that managers misunderstand the need to master the BER (acquaintance and in-depth study if it is taken as a basis for revising the worldview towards righteousness) should become a criterion for us when considering them from the point of view of their use for the Russian Civilization.

I think that all of us should, as far as possible, expose the empty flowers of various councils and commissions, which are created to cover specific socially useful cases of empty talker, judge the work of management structures of any level only by the specific results of their activities, by the usefulness of these results for all of us, for the whole society, and not just for the fattening minority in the majority.

We all must necessarily express our opinions on the decisions taken at the top, each in an accessible way. The government must constantly remember that we are not indifferent to what decisions it takes, what are the results of its activities. We have to change our attitude towards the authorities and the people around us, only this will force it to rethink what is happening and either change or leave the dull managerial posts.

Ctrl Enter
Noticed oshЫbku Highlight text and press. Ctrl + Enter
We are
MIA: some old men go to battle?Superblits for Rashid Nurgaliyev
93 comments
Information
Dear reader, to leave comments on the publication, you must to register.