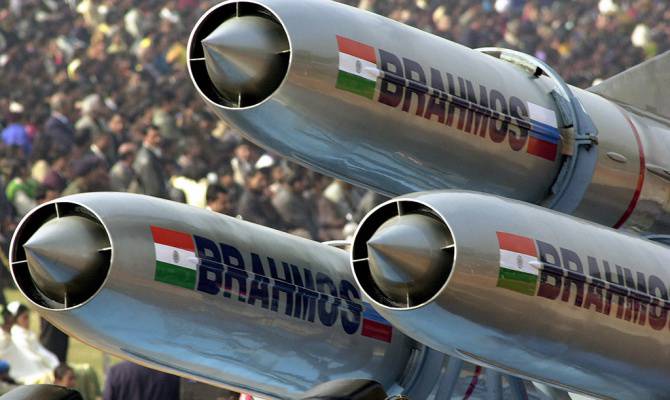 The rocket was launched at the Pokhran test site in the western part of the Rajasthan desert at 10.55 local time (8: 25 MSK)


As the official representative of the company BrahMos Aerospace reported from the Rajasthan test site, the rocket was launched from the ground-based mobile autonomous launcher MAL (Mobile Autonomous Launcher), deployed in full configuration with the Mobile Control Post MCP (Mobile Command Post).

According to a company representative, “this launch fully confirmed the possibility of defending strong targets with the BrahMos missiles.”

The commander of the land forces of India, Lieutenant-General Amit Sharma, who was present at the test together with other commanders of the Indian army, congratulated the crew, who launched the missile, with a successful test result.

The “BrahMos” missile in the Block III variant is designed for highly accurate destruction of highly protected ground targets and at the final part of the trajectory it is climbing and followed by a dive to the target, which allows you to hit the assigned targets during combat operations in mountainous terrain.

Currently, the Indian army has two regiments with BrahMos missiles, and the third regiment is being formed.

In the near future, the Indian government is expected to form a fourth missile regiment with highly maneuverable BrahMos missiles, which will be deployed in mountainous areas.

The BrahMos missile can be launched from land, surface, underwater and air carriers. The ground forces and the Indian Navy have already adopted this missile, and flight tests of the BrahMos air-based missile will be carried out by the Indian Air Force in the near future, BrahMos Aerospace said.

Ctrl Enter
Noticed oshЫbku Highlight text and press. Ctrl + Enter
We are
The Brahmos missile was almost completely integrated with the Su-30MKI fighterPromising projects of the BrahMos family of missiles
28 comments
Information
Dear reader, to leave comments on the publication, you must to register.