November 19 2013
24
Currently, Russian security initiatives on the Internet are becoming more widespread and popular. Until recently, the steps of the Russian government were perceived in the West as an attempt to impose state control over the global network and impose censorship. But after the revelations that followed from Edward Snowden, those theses that were submitted by Russia to the UN should be considered from a different angle: it became clear to the world community that it was not Russia, but the United States that violated the rights and freedoms of people, Internet users. Despite this, the opposition from the American side does not think to stop.


Edward Snowden, as Julian Assange used to be, caused a constant headache for the American special services, as well as a source of tension in the camp of the allies in the NATO bloc. Currently, scandal is gaining momentum, which is associated with extensive US intelligence activities launched in Germany against the citizens of this country and senior management. A possible overhearing by the American special services of the telephone of German Chancellor Angela Merkel is being discussed. All this caused a rather serious scandal, in which the United States' main ally in Europe, Britain, was also drawn.

It is worth noting the fact that experts, in principle, were not very surprised by the fact of espionage from Washington. New in this stories The fact that one of the friends is secretly following the other, and on a gigantic scale, said Bernd Schmidbauer, who worked from 1991 to 1998 for a year as state minister in the office of the chancellor and coordinated the work of the German intelligence services. The scale of intelligence operations that were deployed by the United States, James Bamford compared in strength and range with the atomic bomb, whereas the capabilities of other countries' intelligence services today can be compared with ordinary artillery.

Currently, the NSA, which employs about 35 thousands of employees, is the largest of all intelligence services around the world. At the same time today, most of the leading Internet companies are located in the United States. In addition, the lion's share of Internet traffic also passes through the States. According to Bamford, this is simply a unique position that allows the United States to be tapped around the world. 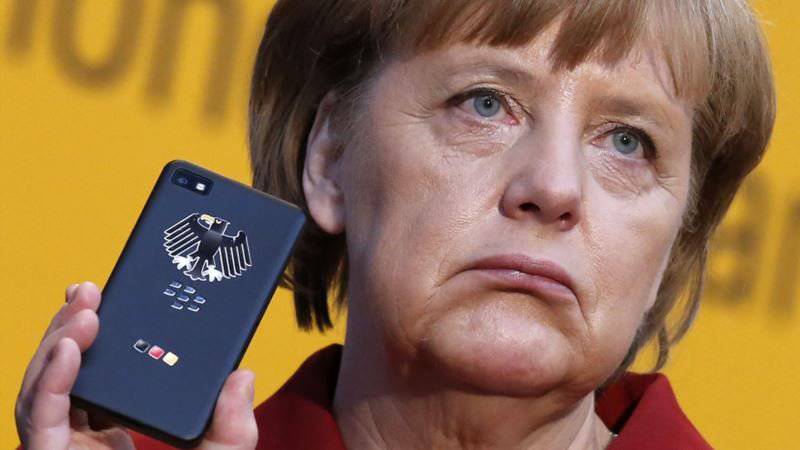 Information about the organization of the surveillance conducted by the United States with the help of the Internet was recently revealed to the world community by former CIA officer Edward Snowden, who was forced to go on the run after giving a number of secret documents to representatives of the Western media, which reported that The government uses global surveillance both against US citizens and against foreigners, including high-ranking officials from foreign countries.

In particular, in the summer of this year, the general public became aware of the existence of the top-secret US state program PRISM. Excerpts from her presentation, thanks to the information transmitted by Snowden, were published in The Guardian and The Washington Post. The PRISM program was described in them as a set of administrative measures allowing access to in-depth monitoring of the traffic of users of various Internet resources.

According to information disclosed by Edward Snowden, the PRISM program envisaged conducting mass surveillance of negotiations between US citizens and foreign citizens via the Internet and telephone. According to Snowden, the PRISM program allows the NSA to listen to voice and video chats, view emails of users, view videos, photos, track files they send, and learn other details from social networks. According to him, Microsoft (Hotmail), Yahoo !, Google (Google Mail), YouTube, Skype, Facebook, AOL, Paltalk and Apple participated in the program.

After disclosing this information, a former CIA officer asked for political asylum in several countries, and as a result of this 1 August 2013, Snowden’s petition was granted by Moscow. Russia granted the former CIA employee temporary asylum for a period of 1. After the publication of information that was made public by Snowden, he is unlikely to ever be able to return to the United States. Edward Snowden explained his action by the principle proclaimed by the Nuremberg Tribunal. According to this principle, any person has obligations to the international community, which are placed above the obligation of subordination to local laws. Therefore, in order to prevent crimes against peace and humanity, citizens must violate the internal laws of the country. 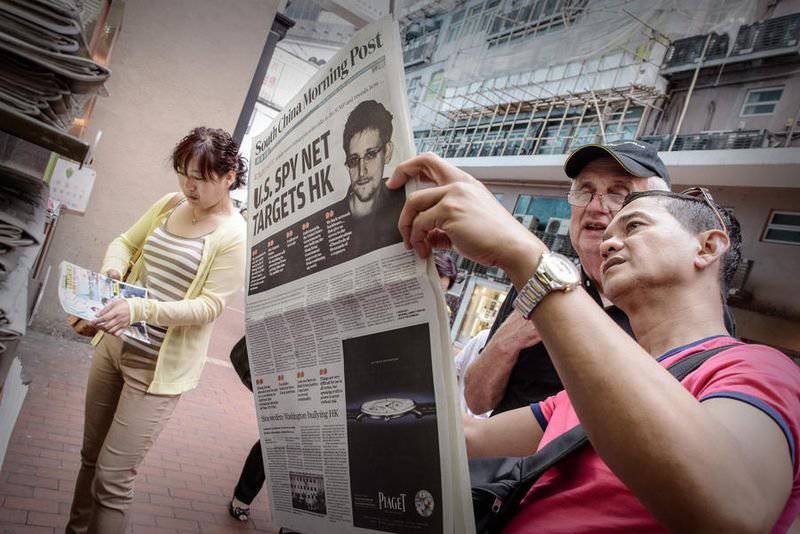 Even before the appearance of information that was made public by Edward Snowden, the Russian Foreign Ministry came up with a number of proposals to counteract electronic espionage. They were accompanied by the following clarifications: respect for human rights should not be opposed to other principles of international law, such as respect for the national sovereignty of states and non-interference in their internal affairs. Some experts believe that this may mean that the state should have sovereign rights over the national segment of the Internet. Naturally, the United States categorically disagree with this wording.

Igor Nezhdanov, the head of the information wars department of the Advanced Development Laboratory, spoke about the reasons for the reluctance of the United States, even to a small extent, to lose control over the Internet of the Voice of Russia radio station. In order to try to answer this question, you first need to understand what the Internet is and why Washington is so jealous of it. In the form in which the global network exists now, the Internet was created by the USA. Although its counterpart was developed in the USSR even earlier, it is a question of the control system of the country's strategic forces. However, the creator of the commercial version of the Internet is the United States. Having created it, they were able to master it better than anyone else and are currently taking full advantage of it. The United States dominates the Internet, and from the point of view that the main servers are located on their territory, they are the holders of the root infrastructure. However, they are also a leading manufacturer of processors, software and services.

Of course, today many states are also developing a global network for their goals and objectives. In addition to Russia, India and China are working quite effectively in this direction, but they are unable to catch up with the United States. However, this task is very important, given the fact that the effective use of the Internet gives an advantage in the conduct of modern wars, said Igor Nezhdanov. We are talking about new wars in the information space. Here we can distinguish 2 main types of wars: information wars and cyberwar. Information warfare is the manipulation of people's minds with the help of modern Internet technologies. Many protest movements, the overthrow of governments, the same “Arab spring” in many respects became possible thanks to the development and use of social networks. Cyberwar is the impact on information or on the infrastructure of the enemy. The use of programs, Trojans, viruses, DDoS-attacks, as well as theft, destruction, change information, social engineering. 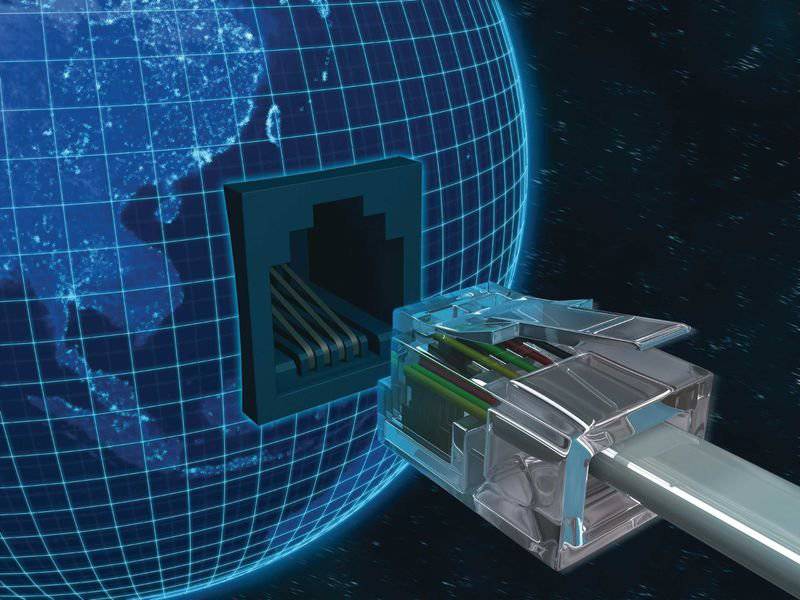 In parallel with this, in the USA more and more new ways are being developed to counter possible attacks in cyberspace. Not so long ago, a project was launched in the United States that involves the development of an automated cyber-attack detection system. The project that DARPA is working on is in many ways reminiscent of what was shown in the science fiction film “Terminator. Judgment Day". However, according to Igor Nezhdanov, this is no longer a fantasy, but a given.

Washington’s reluctance to abandon its advantages on the Internet is understandable, but what can US opponents do to defend themselves? According to Igor Nezhdanov, building a “virtual fence” on the Internet - that is, to ensure that traffic does not enter or leave the country’s borders - will contribute to achieving the goal of protecting the state’s internal cyberspace. However, as a result of the construction of such an iron curtain, the country loses most of the advantages that the Internet provides. A much milder approach is needed. It is necessary to work on creating a structure that would allow very quickly, in real time, to assess whether there is normal communication or this destructive effect, if we talk about the psychological component, the manipulation of people. Whether the data is transmitted normally or destructively affected when it comes to the cyber component. This approach requires serious financial costs, but avoids closeness and leaves the possibility of interaction with anyone.

Ctrl Enter
Noticed oshЫbku Highlight text and press. Ctrl + Enter
We are
Edward Snowden as a phenomenon of an empty chairEdward Snowden vs Big Brother
24 comments
Information
Dear reader, to leave comments on the publication, you must to register.