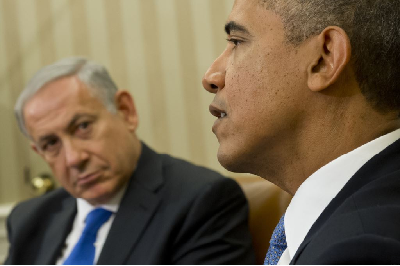 The article, written by one of the authors at the beginning of this year, correctly showed the prospects for the development of Israel, although it would be more correct to call it stagnation. Israeli readers then resented, they say, how can you predict that Israel chooses, if there were no elections themselves? As I remember, there were only a few days left before the elections.


The answer here is simple: there are analysts to predict the development of events, and the article “Israel chooses collapse” is a clear confirmation of this. Of course, we pay tribute to the foresight of our colleague, but let's compare some moments that occurred after those elections and, most importantly, let's see how Israel’s relations with the United States are developing in the context of this forecast. To all this, it probably makes sense to attach and some expectations of the Israelis themselves, who are frankly surprising.

As mentioned earlier in the article, the main reason for the collapse of Israel’s foreign policy is the nearness, ignorance and even Netanyahu’s bitterness. But there is nothing for Netanyagu to do here, because he is not a mushroom that grew in the prime minister’s place, he was chosen by his own citizens. Hence the responsibility of all Israel for their fate. This approach is very important and allows us to draw conclusions about the system error of modern Jewry. As one indignant reader said: "We voted for Netanyahu because he is our only hope for the denunciation of the Camp David Agreement and the Helsinki World." So I want to ask, do these people have brains? Is it really not clear that these agreements, which they so hate, are that today they retain at least the appearance of peace. If it really occurred to someone to cancel these agreements, then, in addition to the existing problems, Israel would face new, much more dangerous problems, where Israel would not have to initiate processes, but act in response. Thus, we see that the threat of the collapse of Israel comes primarily from stupid citizens and politicians of Israel. However, fortunately, now nothing depends on Israel, and in this case, as they say, God did not give horns to an awesome cow. Orthodox say: "A fool can get hurt by a cross."

However, no matter how short-sighted the policies of Israel are, there are things that still need to be noticed. So, in one of our past articles, the author noted a forced decrease in the rhetoric of the Israeli prime minister on the Iranian nuclear program under pressure from the head of the State Department Kerry. Netanyagu then said: "We are forced to retreat in order to retain the right to build 1500 houses in the occupied territory." It must be said that this move could be considered correct, because staking the ground behind oneself is the highest priority in comparison with the Iranian threat. However, it was already clear then that the US was simply squeezing Israel, and the first step (reducing rhetoric on Iran) would be followed by a second step - a moratorium on the construction of those same houses. That is, the author then again turned out to be right with respect to US policy. Vladimir Putin formulated this doctrine briefly when he said that the weak were beaten. Israel is weak, and it is already being beaten and will be beaten in the future.

The Israeli Prime Minister may have wanted to make Israel stronger, but this is not an easy task and, in fact, not for silly heads. In his aspirations Netanyagu decided that the ram is the most effective tool for translating his political aspirations. This is the deepest mistake. Where the eyes of Israeli analysts, it is not clear. The whole world knows that one of his names causes Obama's “gagging urge”; nevertheless, the Israeli prime minister is persistently calling the American president. According to reports from a source in Washington, the Obama secretariat, not wanting to even say a word to the Israeli prime minister, switches Netanyagu’s calls immediately to Kerry. And by the way, Mr. Netanyagu has something to say to Obama.

The United States forced Israel to abandon the idea of ​​bombing Iran, and Netanyahu then made his statement about the possibility of preserving the construction of 1500 houses. After the United States began to insist on the need to freeze even now the construction of houses, Israel felt itself "thrown" by the girder Kerry. It would be a good time to turn to the patron and “throw eyebrows on his forehead,” but the secretariat, as mentioned above, switches Mr. Netanyagu to the “looker” in the Middle East, Kerry. Some impression is created that the President of the United States considers the Israeli prime minister "not a gangster of his level." So, the author of this article once became a random witness of a conversation between two gangsters, arguing on some issue. Then the phrase above said: “you are not of my level”; The gangster's nickname was “Tramp.” A week later, the one who was convincing in his low level shot the "tramp" from a machine gun when the latter left the restaurant after a hearty lunch. To some extent, what happened then is very similar to what is happening today. Netanyagu is ready to tear and toss.

Now that Obama has "lowered" Israel, Netanyagu understands that he will not be let out of the circle of offended, and will never be allowed to the "higher worlds." Israel is struggling with this today, however, so far without success. Nevertheless, Israel wants to declare its “high birth”, and is trying to initiate some actions that would show its great potential. After US pressure, Netanyahu began to look for allies among "his own kind" and found, of course, another such "offended" in the face of Saudi Arabia.

It became known that Saudi Arabia allowed the passage of Israeli aircraft to bomb nuclear facilities in Iran. In fact, it makes little difference. Everyone knows that Israel cannot bomb Iran, it simply does not have such an opportunity. There is only one option that could suit Israel, but it lies beyond the limits of Israeli possibilities. Israel's planes never bring the Bunker penetrators to the goal. But even if you use the latest MOP (Massive Ordnance Penetrator GBU-57A-B, Penetrator bunkers), which weigh 10 tons, there is no guarantee that they will be able to disable the object, which is under rocks at a depth of hundreds of meters, but already Iran will be out of reach for negotiations. But even for this we need, again, American aircraft. For delivery, you must use either B-2 or B-52. Now imagine that there should be a lot of targets, which means there will be too many planes. Add to all the refuelers, and you will receive in the sky dizzying traffic of aircraft, a total of at least 50 units. For Iranian air defense it will be a “good hunt”.

From all of the above, it can be said with confidence that the Israeli plan only more strongly demonstrates Israel’s dependence on the United States. Israel will have to accept and take a place in the second, or even the third echelon, prepared for him by Barack Obama. Strictly speaking, there is a process that puts the pieces on the board in a slightly different order, according to the latest foreign policy achievements of Iran and Russia. Israel is on the weaker side, and in this case the Jewish state has been in the role of ballast, which, according to President Obama, is the time to dump. The Israelis themselves believe that Obama, with his policy, has mated them in these very “two moves”.

Ctrl Enter
Noticed oshЫbku Highlight text and press. Ctrl + Enter
We are
Commentary on A. Petrov's interview “Fire and Tactics in the Russian Army: Another Look”About Stalin and Khrushchev
194 comments
Information
Dear reader, to leave comments on the publication, you must to register.