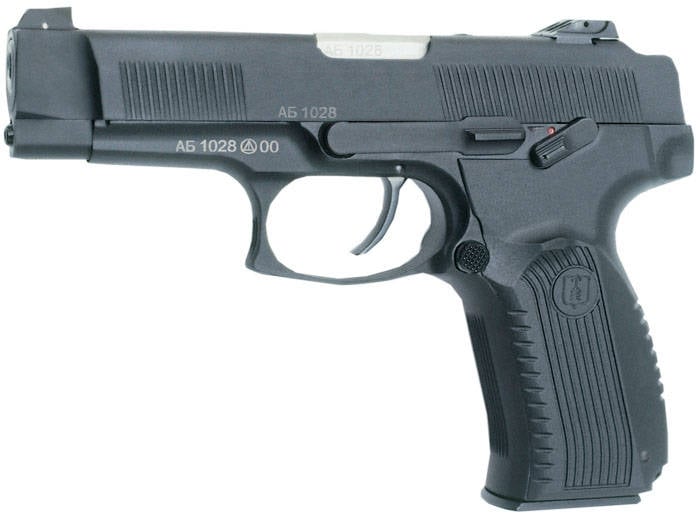 In Paris, the most anticipated product, the interest of which was previously expressed by the French gendarmerie, will be the Saiga-12 smooth-bore self-loading rifle, used for firing both conventional ammunition and stop-action cartridges - shot, canister and rubber bullets. The gun is equipped with a full range of modern devices, as well as a muzzle nozzle for knocking locks and doors. An analogue of this product - a gun "Vepr" - a few years ago was delivered to France by the Vyatsko-Polyansky plant "Molot".


For the first time on MILIPOL-2013 «Kalashnikov" will demonstrate the products included in the group of the Izhevsk Mechanical Plant - caliber pistol Yarygin 9h19 mm Makarov pistol, a Makarov pistol upgraded PMM with high capacity magazines (in 10 and 12 cartridges) and a self-loading pistol compact PSM. Also at the exhibition will be presented other products demanded by law enforcement and military departments of various countries, including the Bi-7-2KO carbine (civilian analogue of the CB-99) for targeted shooting during counter-terrorist operations in limited space conditions, the carbine " Saiga-9 ”for stopping pistol cartridge, sporting gun for practical shooting Saiga-12 isp. 340, VP-AK training rifle (AK-74М electropneumatic analogue) and combat weapon - sniper rifles of the SVD, ADS, SV-98, Kalashnikov assault rifles of the “100th series”, GP-34 and AN-94 and a number of other civilian and military products.

As part of MILIPOL-2013, the general director of the Kalashnikov concern, Konstantin Busygin, plans to hold a series of talks with potential partners from Europe and Africa.

The Kalashnikov Concern (formerly Izhmash) is the largest Russian manufacturer of automatic and sniper weapons, guided artillery shells, and a wide range of civilian products - hunting rifles, sporting rifles, machine tools and tools. The company was founded in 1807. Included in Rostec State Corporation. Kalashnikov united the largest state enterprises of the Russian rifle industry (NPO Izhmash and Izhevsk Mechanical Plant OJSC). In the future, the concern will include the Vyatsko-Polyansky Machine-Building Plant "Molot", the Koshkin Design Bureau, and the Progress NITI. The products are shipped to 27 countries of the world, including the USA, the UK, Germany, Norway, Italy, Canada, Kazakhstan and Thailand.