Military property is returned to the unit. 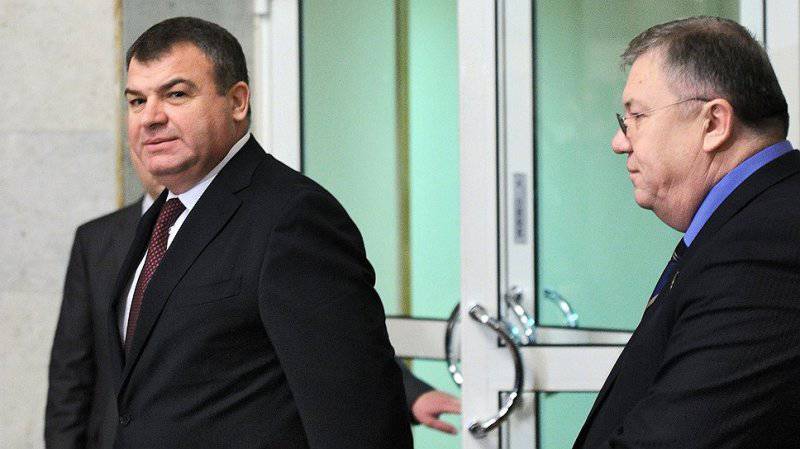 The sale of military assets was discovered during the verification of the fulfillment of the terms of the existing contracts for the construction of GUOV facilities. In the course of the audit that began in March of this year, one of the initiators of which was the renewed board of directors of the company, it turned out that the GUOV had debts in the amount of 6,42 billion rubles, which was the result of the actions of Stroyimpuls. So, being one of the largest subcontractors (more than sixty contracts for the construction of more than a hundred objects of the Ministry of Defense were transferred to it), it provided loans to third parties for the purchase of real estate owned by Oboronservis. Note that similar conclusions were reached by the auditors of the Accounts Chamber, which carried out a comprehensive audit of the use of funds for the development of the infrastructure of the armed forces from 2011 of the year (see Kommersant from November 13).


The third person was Teorema LLC, founded by the owner of Stroyimpuls, Sergei Amelin, and Anatoly Serdyukov’s personal friend (he died of heart failure in January of this year). It should be noted that the main military investigative department of the TFR showed interest in the activities of the head of the company, considering him at least as a witness to the frauds with real estate in the structures of Oboronservis.

During the internal audit, it became clear that during the 2011-2012 years, the Theorem became the owner of four objects previously owned by the Ministry of Defense: these are building complexes in Moscow on Smolensky Boulevard, Bolshoi Predtechensky Lane, Kosygin Street, and a plot of land in the village near Moscow Arkhangelsk (see map). It should be noted that among them were the objects of the Obolonstroy subholding - the old building of the GUOV and the 31 State Design Institute for Special Construction (as reported by 29 in March to Kommersant, the shares of the latter have already been returned to the state at the request of the TFR). All these objects were acquired by “Theorem” for 2,7 billion rubles, which the company received as a loan from Stroyimpuls.

Since Mr. Amelin did not have a will, a trustee in the person of the former vice-governor of St. Petersburg, Anna Markova, was appointed to manage his inheritance in January 2013. After the Ministry of Defense announced its intention to return the objects that had been sold out earlier, GUOV entered into an agreement with Stroyimpulse on the assignment of rights to claim loans. On account of previously issued "Stroyimpulsu" 2,7 billion rubles. GUOV acquired real estate "Theorems". According to "Kommersant", this deal was made on July 5, but GUOV had to seek its implementation through the court. Officially, the deal was closed last week. From this point on, the ownership of these objects was again transferred to the military department in the person of the only developer - GUOV. According to Kommersant, the assets received will be added to the company's business activities: their sale is not planned in the near future.

Total Stroyimpulsu was transferred advances in the amount of 17,2 billion rubles., Unrealized ones remained 10,2 billion rubles. To date, GUOV has made a return of advances worth more than 1,8 billion rubles from Stroyimpulse, and billion rubles on 1,5. The company has submitted acts of performance. “Interacting in cooperation with law enforcement agencies, we were able to solve the most problematic financial issues related to Stroyimpulz,” said new general director of Oboronstroy Timur Ivanov yesterday to Kommersant. “We will continue to work on the return of funds and assets.” According to him, to exclude such incidents in the future, the company will check the mandatory availability of a bank guarantee for the advance, the economic security service will be entrusted with a preliminary analysis of all participants submitting applications for GUOV competitions, and the total amount of all advances issued will be no more than 30%.

Ctrl Enter
Noticed oshЫbku Highlight text and press. Ctrl + Enter
We are
The court decided to pay 793,5 million to OboronservisMinistry of Defense restores ownership of objects sold under Anatolia Serdyukov
9 comments
Information
Dear reader, to leave comments on the publication, you must to register.