The organizer of the terrorist attack in Volgograd eliminated 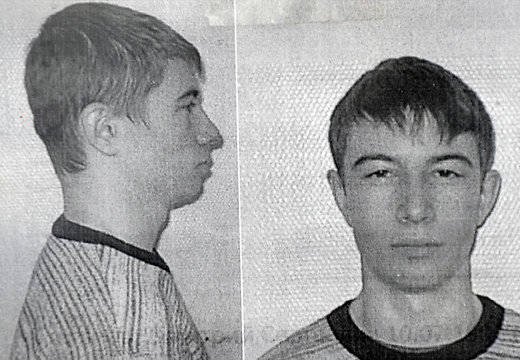 The gunman Dmitry Sokolov, who was blocked with accomplices in a private house on the outskirts of Makhachkala, claimed responsibility for undermining the shuttle bus in Volgograd. During the talks with the security forces, he said that he personally produced an explosive device used by his suicide bomber.


“In the process of negotiations, Sokolov claimed responsibility for the terrorist acts carried out, including the disruption of a regular bus in Volgograd. He said that he personally produced the SVU, which subsequently activated a suicide bomber, ”the information center of the National Anti-Terrorism Committee reports.

At the moment, the active phase of the special operation is completed, reports RIA "News". According to the source of the agency in the law enforcement bodies of the republic, during the special operation, five militants were liquidated, among them Sokolov. This information was later confirmed by the National Anti-Terrorism Committee. “Five militants have been neutralized, among whom Dmitry Sokolov has been identified,” he said.

The counter-terrorist operation regime was introduced in the village of Semender, Kirovsky district of Makhachkala, around midnight. The security forces came to the location of gang members thanks to information received from local residents. Several militants, among whom was the husband of the Volgograd suicide bomber Dmitry Sokolov, were blocked in one of the houses.

At the very beginning of the special operation, the security forces negotiated with the terrorists and called upon them to surrender. At that time, there was a woman with a child in the house — the wife and daughter of one of the militants. The police were able to persuade the terrorists to let them out of the building. Immediately after that, a shootout began. Dmitry Sokolov's mother also conducted negotiations, she spoke with her son on the telephone from the Moscow region, but this did not bring any results.

ITAR-TASS reports that three militants tried to make a breakthrough, they were shot dead. Two more shot from home.

Recall that October 21 in Volgograd was the largest in stories city ​​terrorist attack. In the afternoon, at a public transport stop “Lesobaza”, a suicide bomber detonated an explosive device in a bus. The power of the bomb was 2 – 3 kilogram in TNT.

The victims of the attack were six people, more than 50 suffered.

A criminal case of terrorist attack. According to preliminary data from the UK, a self-detonation in the bus was made by 30-year-old native of Dagestan, Naida Asiyalova. She had not previously been wanted and was not prosecuted. But it is known that the suicide bomber was the civil wife of a Russian Wahhabi from the suburbs of Dmitry Sokolov, who in the Makhachkala bandit group is considered the main shooter and, according to security officials, is directly involved in several high-profile terrorist attacks.

It was Sokolov who prepared the death belt for Madina Aliyeva, which exploded on May 25 in the center of Makhachkala. He also prepared explosive devices for blasting deli 24 and Kristall on August 4 in Makhachkala.

Sokolov was born in the Krasnoyarsk Territory in the family of an officer of the Ministry of Defense. Later, his father was transferred to serve in a military unit in Dolgoprudny near Moscow. Sokolov entered the faculty of forestry MGUL.

According to media reports, Sokolov spent his free time on the Internet. It is possible that it was there that he met with members of the gangs. In 2011, a young man accepted Islam, took the name Abduljabar and began to attend a mosque in Otradnoe, and also enrolled in Arabic courses in Chertanovo.

In the same area, the future suicide bomber - 30-year-old native of Dagestan Naida Asiyalova also rented an apartment. Young people met on the Internet and started dating. They shared a common passion - radical Islam. After Sokolov went to Dagestan, where he joined the terrorists.

Asiyalova's parents are confident that it was the Russian bridegroom who recruited their daughter and made a suicide bomber. According to other sources, Naida Asiyalova herself, who was an experienced recruiter, convinced Sokolov to join the bandit underground.

Dmitry Sokolov has been missing since July 2012, when his parents put his son on the wanted list.

Ctrl Enter
Noticed oshЫbku Highlight text and press. Ctrl + Enter
We are
In the Paris suburb of Saint-Denis, a terrorist has detonated an explosive deviceThe gunman who gave the order of the terrorist attack in Volgograd, destroyed in Dagestan
104 comments
Information
Dear reader, to leave comments on the publication, you must to register.