China is capable of delivering a nuclear strike throughout the United States.

November 18 2013
58
The PRC is entering a qualitatively new level in world politics. In late October, the Chinese media, apparently with the filing of the authorities, spread the information that the Celestial Empire has sufficient military power to launch a nuclear strike directly on the territory of the United States. For ordinary Americans, this message was a sensation, it is discussed in television programs and in the pages of reputable newspapers. But why did China publicly declare its ability to use nuclear weapon regarding the United States? After all, for American intelligence this is certainly not a secret. And why did the Celestial Empire do it indirectly, through its national media, and not on behalf of the party leadership? 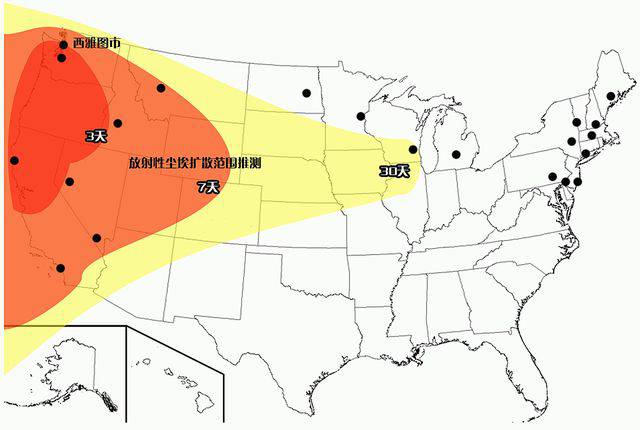 On October 28, a major Chinese publication, the Global Times, published an article under the heading "China," which dealt with China’s nuclear arsenal. The journalistic story was supplemented by photographs of the underwater fleet countries, graphs, charts and even schematic maps where possible places of nuclear strikes on the territory of the USA are marked. Simultaneously, less voluminous articles on the same subject were published by the China Youth Daily, People's Daily and several other publications. In addition, a report on China’s nuclear potential was broadcast on Central Television. The very next day, foreign observers, primarily American ones, duplicated the information provided by the Chinese media.

If you believe the information contained in the Global Times number of 28 in October this year, China currently has the second largest submarine fleet in the world. In service with the Middle Kingdom - 70 submarines, of which 4 can carry JL-2 ballistic missiles with a range of about 14 thousands of kilometers. On one such submarine is 12 missiles; this is enough to kill and injure millions of people from 5 to 12. Nuclear strikes from the Pacific will be inflicted on the largest metropolitan areas of the West Coast, namely Los Angeles, San Francisco, Seattle and San Diego. If it is necessary to destroy the cities on the East Coast, then China uses for this intercontinental ballistic missiles located on the continent. Launched through the North Pole, they will fall on New York, Baltimore, Boston, Portland, Philadelphia. In total, the horrors of nuclear war will be experienced by 10-12% of US residents.

The question arises about how reliable the information is. Of course, the People's Republic of China has a WMD delivery system capable of reaching the opposite shore of the ocean, but their numbers can be deliberately exaggerated. It is not known for sure what the volume of the Celestial nuclear arsenal is. The US Department of Defense assumes that China has an 50-70 ICBM, which is even smaller than India or Pakistan. It is curious that even in 2012, the Ministry believed that the People's Republic of China has 180-240 ballistic missiles. The very same party leadership of the Celestial Empire in different years made statements that in the arsenal of the country there is from 200 to 400 ICBMs. As observers from the United States, Europe and Asian countries suggest, these figures can be greatly exaggerated.

After all, China's love of overstatement is well known. The most vivid example of this is the artificial “growth” of a country's GDP, when Chinese economists deliberately switched to a new formula for calculating gross domestic product, which made it possible to increase the share of the so-called “services sector” and at the same time raised general indicators. The Chinese Bureau of Statistics overstates the 2ifra in order to strengthen China’s prestige at the global level. Syndrome "second place" does not give rest to the leadership of the PRC.

Why is America silent?

Citizens of the United States, having learned about the opportunities of China, were indignant: why the government is not taking any measures in response to such aggressive statements? The fact is that the Chinese have acted rather cunningly by publishing data on their nuclear arsenal not on behalf of the government or the military. If the party’s or military leadership of the country openly declared in its own name that it could easily destroy the United States, then Washington would have to respond to this diplomatic attack. But the press is impersonal, and no one can guarantee that the article published in the Global Times is true. How stupid Obama would look if he reacted to the provocation and spoke out in open criticism of the Chinese media! There is no doubt that information, in its significance equal to state secrets, got into the print press and television with the knowledge of the authorities of the Middle Kingdom.

On the other hand, the United States has long been aware of the possibilities of China. Foreign intelligence and the United States Department of Defense have long been "digging" under the People's Republic of China as the most likely enemy in the next war in the Pacific. It is naive to believe that America generally has no information about China’s nuclear potential; Most likely, Americans are aware of China’s nuclear weapons quite a lot, and publications in Chinese newspapers for a narrow circle of insiders did not become a sensation at all.

It must be assumed that the measures necessary to contain China were taken several years ago. For example, in 2012, a new US military doctrine was presented, which deals with increasing the military presence at the land and sea borders of the Middle Kingdom. In the Pacific, plans to create several airfields for the home of American UAVs. The volume of purchases of unmanned aerial vehicles will increase: last year alone, the US armed forces purchased about 1400 vehicles. Great attention is paid to the problem of cyberwar. In foreign policy, Washington increasingly relies on its Far Eastern allies.

If the Chinese media reports can not be considered a threat, then how to interpret the behavior of Beijing? It can be assumed that a huge review article entitled “China” and published in the Global Times is a kind of manifesto that declares the Celestial Empire to stand against the United States. By its historical significance, the published article does not yet reach the level of Churchill's Fulton speech, but in any case, under certain circumstances, it can become the starting point of the Cold War in the Pacific, but not outside the Pacific region.

Why the confrontation will not be global? As opponents would object, lately, not only Eastern, but also Central Asia, as well as Africa and South America, have fallen into the zone of China’s economic interests. At the same time, Washington and its allies want to reformat these regions at their own discretion, returning to the colonial policy of the 19 century. The redivision of the “third world” countries began in 2011, when the south separated from Sudan, and NATO troops invaded Libya. In the 2012 year, with the beginning of the war in Azawad, China’s position in Mali weakened. The destabilization of Kenya and Nigeria is also directly related to the displacement of the PRC from Africa.

As for Asia, China has serious differences with the United States about the political future of Pakistan and Afghanistan. China is seriously concerned about the presence of American military bases in the region. The United States is now actively supporting the Islamists of the Xinjiang Uygur Autonomous Region, clumsily trying to disguise the local pan-Islamist groups under the movement of national liberation character.

In the Pacific, China has unresolved territorial disputes with many countries occupying a pro-American position. In addition, we should not forget about the Taiwan problem and the division of Korea into two parts: these two issues were not resolved during the cold war between the Soviet Union and the United States, and at the current stage are of paramount importance for the PRC. After all, precisely because of the unfinished civil wars in Korea and in China itself, Beijing is losing one “battle” after another in Africa, yielding to the Euro-Atlantic neo-colonialists.

A huge island ridge stretches along the Chinese coast from north to south, on which are countries hostile to China - Japan, South Korea, Taiwan, and the Philippines. Yes, South Korea can also be fully considered an island state, because the border with the DPRK isolates it from the rest of the world as well as the seas. The listed countries block the Celestial access to the world ocean, and, if necessary, become transshipment sites for the delivery of foreign troops to the continent. The PRC is faced with the task of ensuring the country's unhindered access to the sea. Russia decided the same problem in the 18 century, when Peter I and Catherine II conquered Sweden and the Ottoman Empire in turn. China will not become a superpower as long as the island nations of East Asia are loyal to the United States. Consequently, the US goal is to maintain stability and preserve the high foreign prestige of Japan, South Korea, Taiwan and the Philippines. Peking will not dare to openly declare Africa and South America zones of its economic interests until it overcomes this geopolitical barrier. It is precisely because of this that China is unable to intervene in African wars, putting an end to the dismemberment and destruction of states.

Apparently, the leadership of the Celestial Empire understands that an open war with the United States will not lead to the final deblocking of the coast, and therefore is seeking alternative ways of access to the world's oceans. One of them could be Pakistan, if it were not for the difficult mountainous terrain, the lack of suitable infrastructure, potential problems with India and Islamism cultivated by America.

Thus, the latest publications in the Chinese press should not be taken as a signal to the global confrontation, but as a warning that US intervention in the conflict between China and one of the regional countries hostile to Beijing could lead to unpredictable consequences. China will not go on the attack on other continents until it wins at home. Moreover, taking into account the neo-colonial policy of the West, China wants to win the “battle under the fence” as quickly as possible, and nuclear weapons will be an excellent argument in a dispute with the United States over the possession of Pacific island countries.

Ctrl Enter
Noticed oshЫbku Highlight text and press. Ctrl + Enter
We are
Strangulation: the context, conduct and consequences of the American naval blockade of ChinaResults of the week. “Why is the war going on? Do they not read newspapers? ”
58 comments
Information
Dear reader, to leave comments on the publication, you must to register.