November 18 2013
52
The UH-60 Black Hawk (Black Hawk) is a multipurpose helicopter created by the American company Sikorsky. The helicopter is in service with the American army, where he replaced the famous Bell UH-1, which is one of the symbols of the Vietnam War. A new rotary-winged vehicle was designed to transport 11 troops in full gear. A prototype helicopter flew into the sky on October 17 1974, and on December 23 1976, the helicopter became the winner of the competition announced by the military and was put into mass production. The helicopter is still being produced. Since 1977, more than 4 thousands of UH-60 Black Hawk helicopters of various modifications have been produced. The general public is familiar with the helicopter from the feature film “Black Hawk Down”, which tells about the events in the Somali capital in 1993.

Creation of the UH-60 helicopter began after the US military gave Boeing-Vertol, Bell, Lockheed and Sikorsky companies the task of designing a multi-purpose tactical helicopter designed to supply troops on the battlefield and conduct amphibious operations. The helicopter was created under the program UTTAS - Utility Tactical Transport Air System (multipurpose tactical transport helicopter). The new multi-purpose helicopter was to replace the Boeing-Vertol CH-46 “Sea Knight” transport helicopter, which is in service with the ILC, and the multi-purpose army helicopter Bell UH-1, which is in service with the army. In 1971, the military decided on the requirements for the future car: it was necessary to transport the 11-15 people compartment in the helicopter cockpit; crew up to 3 people; ensuring that the helicopter can be transported without disassembly on Lockheed C-130 and C-141 aircraft; equipping the machine with two engines. 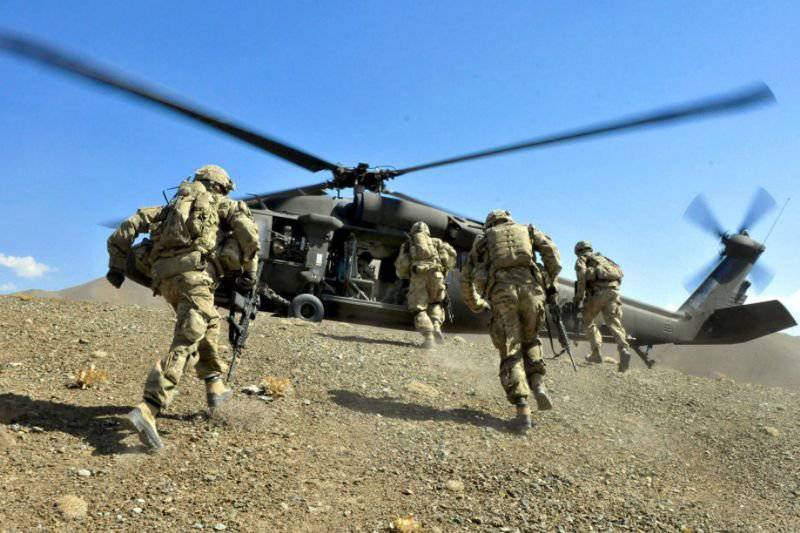 The initial production program included the release of 1100 helicopters, it was planned to finish it by 1985, at that time this program was the largest helicopter program of the American army. The cost of the entire UTTAS helicopter program, including the development, acquisition and operation of vehicles over 10 years, was initially estimated by the US military at 2,4 billion dollars, but then increased to 6,5 billion dollars, and the price per car increased accordingly from 2 to 5,8 million dollars In 1972, the military issued requirements for LTH UTTAS helicopters and 9 specifications to manufacturing companies.

Of the 9 helicopter companies that presented their projects to the UTTAS helicopter, the Pentagon selected designs from Sikorsky and Boeing-Vertol, which were supposed to provide prototypes. According to the contract, it was planned to build lots of 4-x pilot helicopters from each of the firms. One helicopter was designed to conduct static tests, another 3 machine for flight tests. After the military had decided on the manufacturer, it was planned to build more 5 experienced helicopters so that all 8 machines could take part in operational tests.

In 1973, the UTTAS helicopter, developed for the military by Sikorsky, received the designation S-70 (intra-firm) and military - UH-60A. Experienced helicopter - YUH-60 for the first time flew into the sky 17 October 1974 of the year. After the evaluation tests of the prototypes were completed in 1976, the US military conducted a comparative analysis of the Sikorsky and Boeing-Vertol helicopters and chose the Sikorsky helicopter. The main reasons for choosing a Sikorsky UH-60A multipurpose helicopter were lower operating costs during the 20-year design period and lower technical risks. 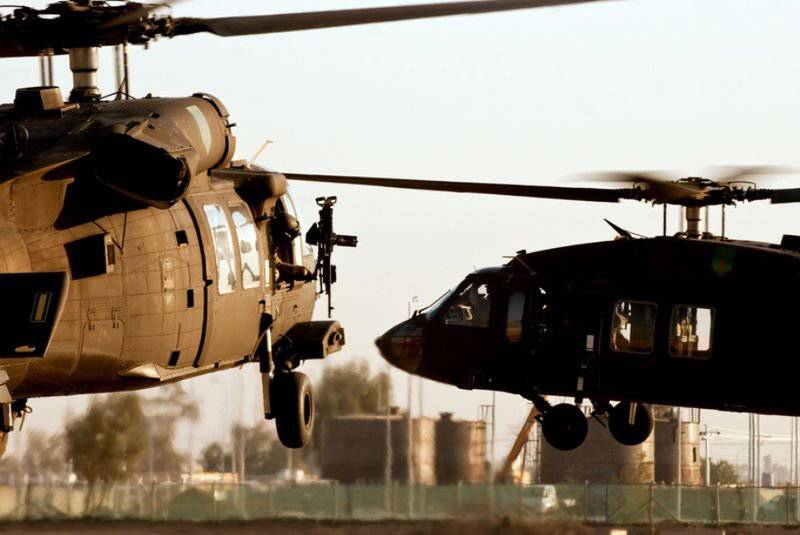 The fuselage of the semi-monocoque helicopter, all-metal, is made of light alloys. Composite materials based on Kevlar and fiberglass are used in the construction of the crew cabin, doors, fairings, lamps and engine hood. The fuselage has a shockproof design that is able to withstand the overload in 10g with vertical and 20g with a frontal impact. The back of the fuselage of the car smoothly passes into the tail boom with an asymmetrical profile and an end beam bent up, to which the steering screw and the stabilizer are attached. The stabilizer is direct, controlled, its span is 4,37 m. The change of the installation angle is made using a control system that receives signals about the angle of the total pitch, airspeed, lateral acceleration and angular velocity. For convenience of transportation and during parking, folding tail boom is provided.

Entry to the double cockpit is through the 2-e side doors that are dropable. Pilot seats are armored. The helicopter's cargo cabin has dimensions 4,95x 2,21x1,87 m, its volume is 11,6 cubic meters. On both sides of the cargo compartment there are sliding doors with dimensions 1,5х1,75 m. 11 soldiers with their own weapons or 6 wounded soldiers on stretchers can easily be placed in the helicopter's cargo compartment.

The helicopter’s tricycle landing gear, non-retractable, has one wheel on each support. The main landing gear lever type, they are equipped with a two-chamber shock absorbers. Installed on the helicopter pneumatic-hydraulic damping system allows the absorption of impact energy to the ground with the resulting overload in 40g without touching the fuselage ground helicopter. The base of the helicopter chassis is 8,83 m, the track gauge is 2,7 m. 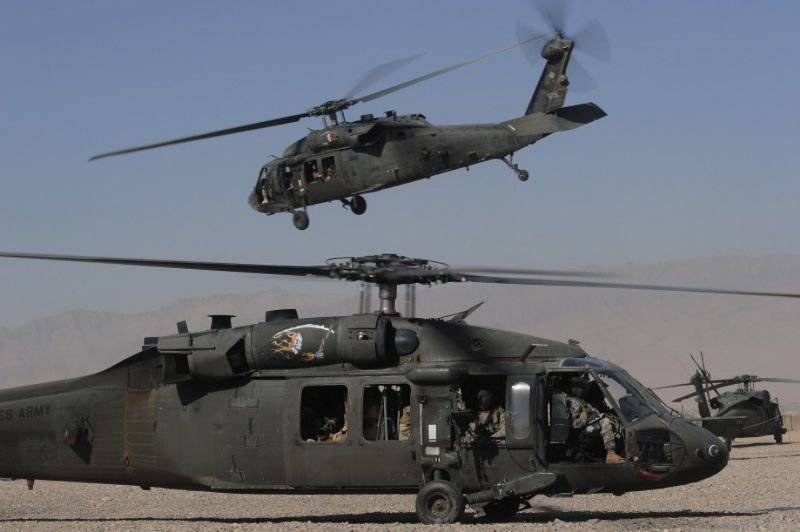 The rotor of the helicopter is four-bladed, the blades are hinged. The sleeve is monolithic, made of titanium alloy and has dampers and elastomeric bearings that do not require lubrication. This, in turn, allows 60% to reduce the amount of maintenance work. Helicopter blades have a rectangular shape in plan, have spars of oval cross-section, made of titanium alloy and a tail part in which the “Nomex” honeycomb is used. The trailing edge and the butt of the blades are made of composite materials based on graphite. The blades are made of fiberglass plating, and the counterweights mounted along the toe of the blade are also made of this material. The blades of the helicopter are designed according to the principle of a safely damaged structure, due to which they are able to withstand the hit of 23-mm artillery shells. The blades are equipped with an electric anti-icing system.

The helicopter's tail rotor is also four-bladed, its diameter is 3,35 m., The blades are not articulated. Together with the end beam, the tail rotor is tilted sideways at an angle of 20 degrees, which allows you to increase the centering range and create a vertical component of the thrust. The sleeve consists of 2-x cross-shaped beams. In terms of the blades have a rectangular shape, made using composite graphite-epoxy material, as well as the rotor blades have an electric anti-icing system. 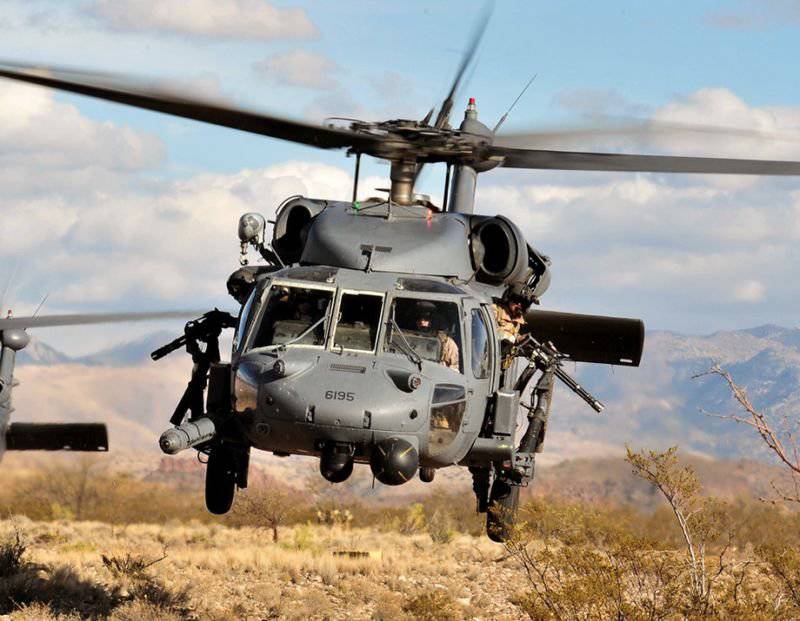 The control system of the helicopter is hydraulic, booster, dubbed. The helicopter has an auxiliary power unit “Solar” with a power of 67 kW. It provides the starting of the main engines as well as the hydraulic drive.

The main elements of the navigation system of the machine were inertial navigation system and Doppler radar. Initially, it was possible to install a helicopter positioning system using satellites. The equipment provided for the defense of the helicopter includes an infrared reflector and tracers automatic disperser, as well as a radar receiver ARP-39.

Today, without any exaggeration, we can say that the “Black Hawk” is a combat vehicle of the XXI century, despite the fact that it has been more than 40 years old. As a result of the development of this helicopter, a universal platform for all types of military forces appeared, which, by the totality of its characteristics, is a leader in the world. In addition to the UH-60 land base, the 2 anti-submarine SH-60F "Ocean Hawk" and SH-60B "Sea Hawk" anti-submarine helicopters were developed (these helicopters are equipped with a descending hydroacoustic station and magnetometers). The HH-60 “Rescue Hawk” helicopter was also designed to carry out military search and rescue operations, as well as special operations and the MH-60 “Knighthawk” helicopter line, which includes helicopter gunships, deck helicopters, ambulance helicopters, helicopters for conducting special operations and jammers. 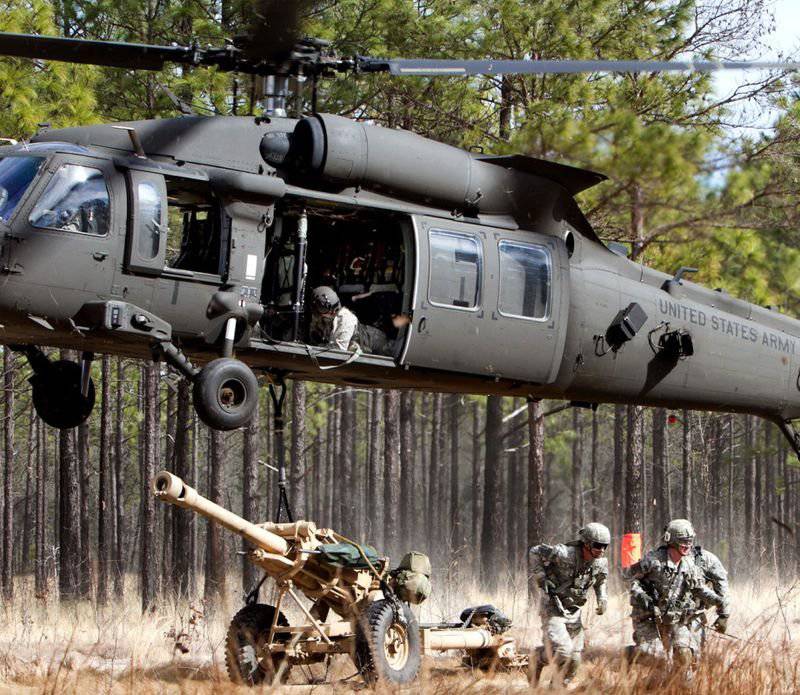 Currently, the helicopter is still actively exported. Modern helicopter models are saturated to the limit with various high-tech equipment, which, in turn, does not allow for a long time to store the machine outside the hangar and makes high demands on maintenance personnel. The adoption of the UH-60 multipurpose helicopter, which is actively used by all military branches, as well as on navy, significantly reduced operating costs and simplified maintenance. In the army, he replaced the famous UH-1 Iroquois, and in the fleet, SeaSprite. Currently, the helicopter is successfully duplicating the tasks of fire support helicopters and transport vehicles, as well as replacing the SH-3 Sea King heavy helicopters and the MH-53 minesweepers. 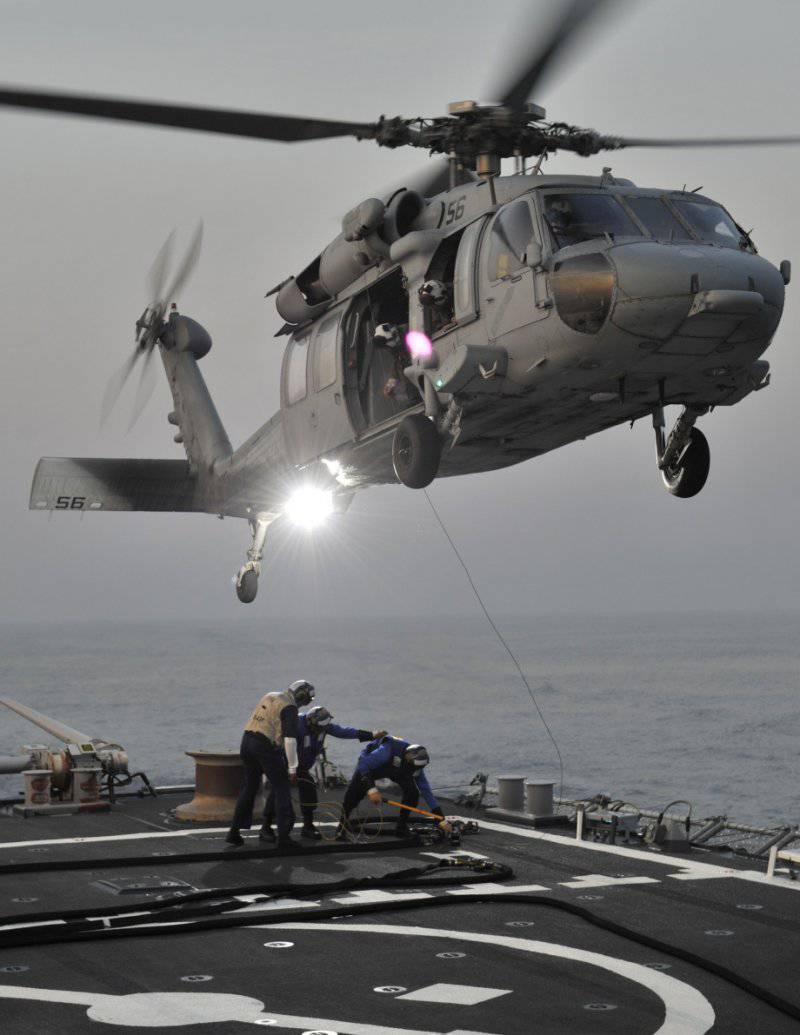 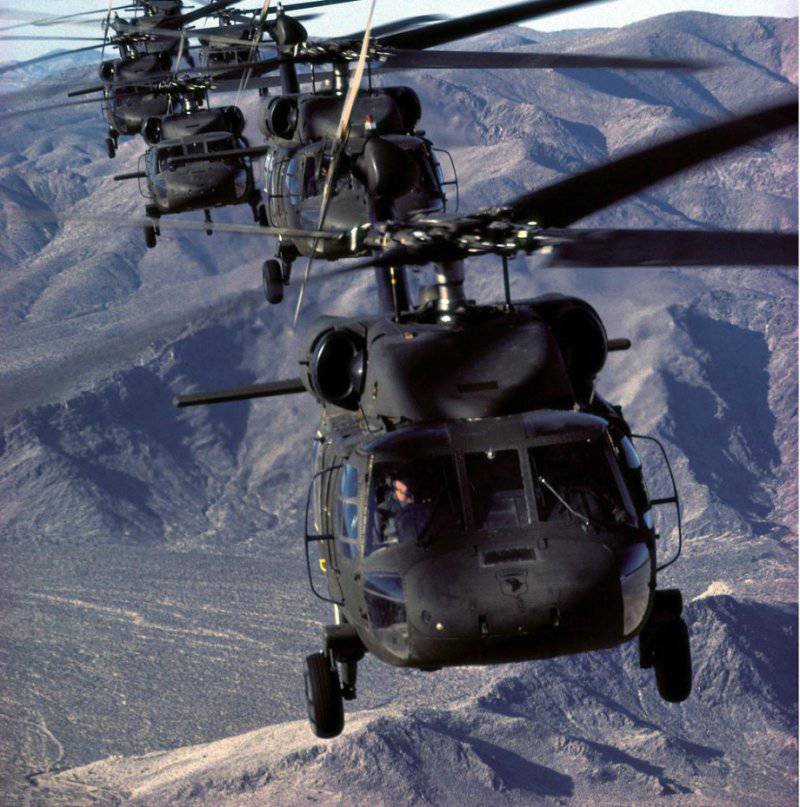 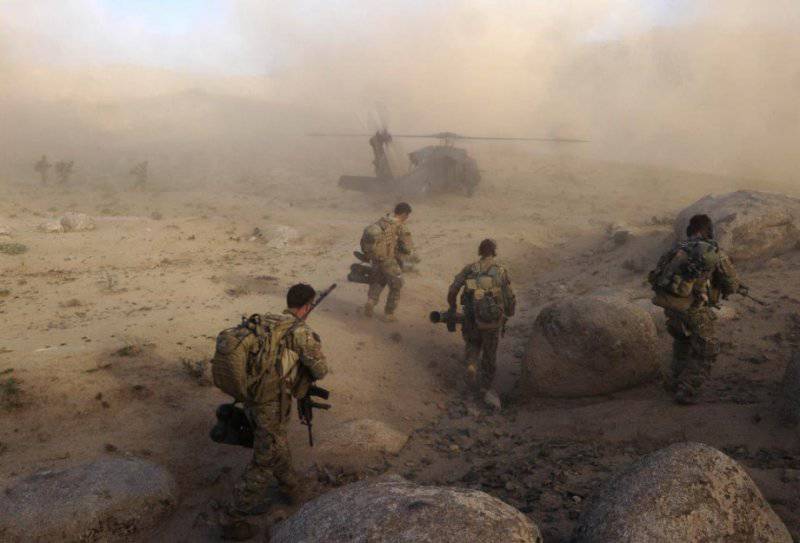 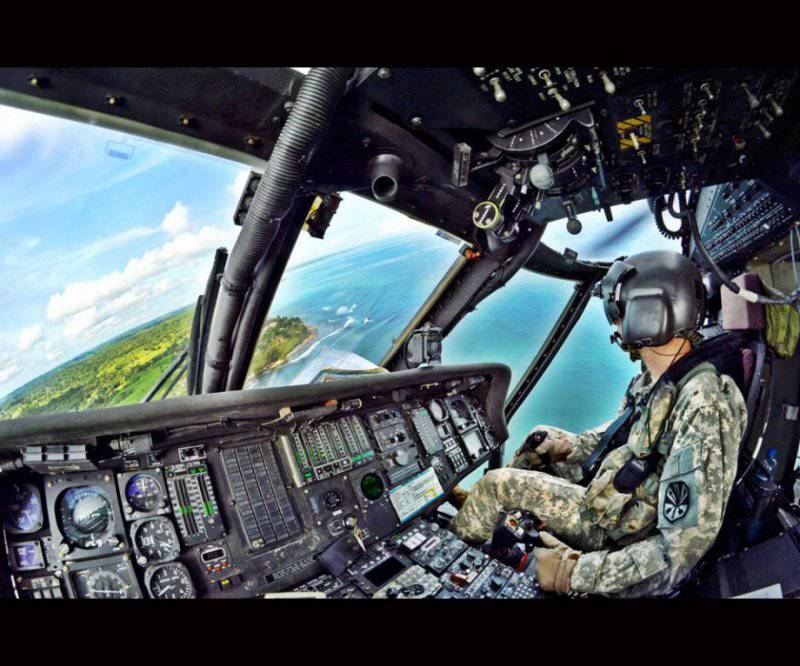 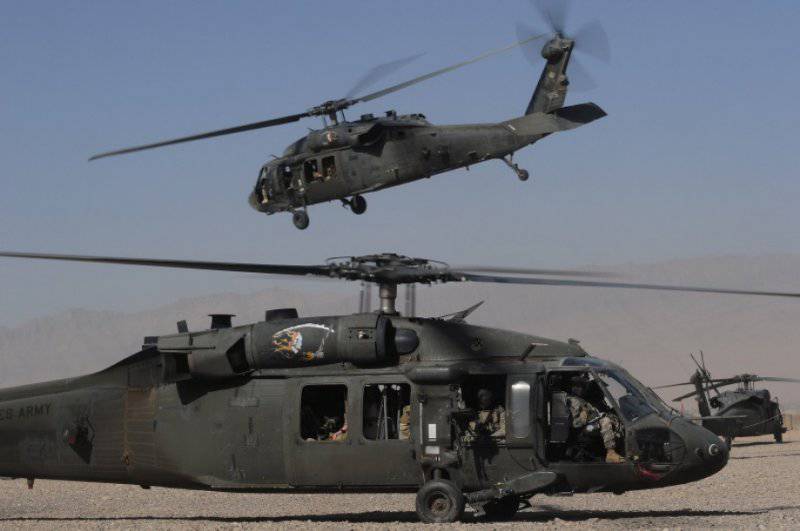 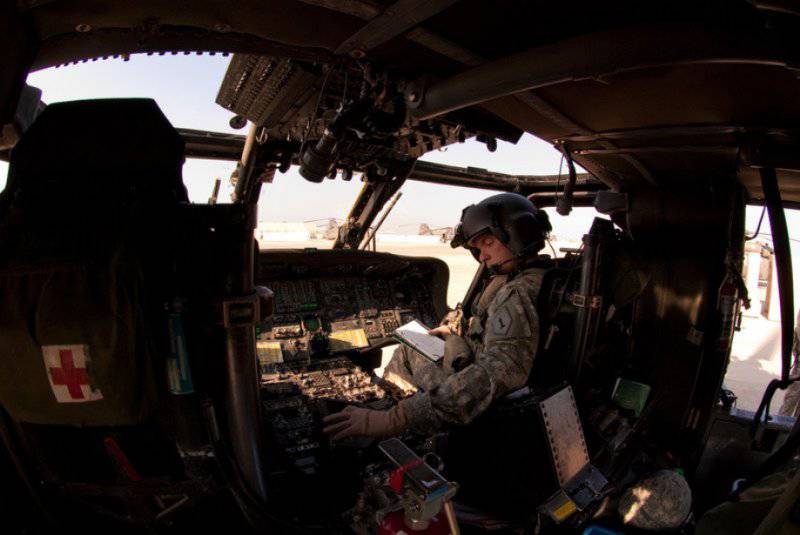 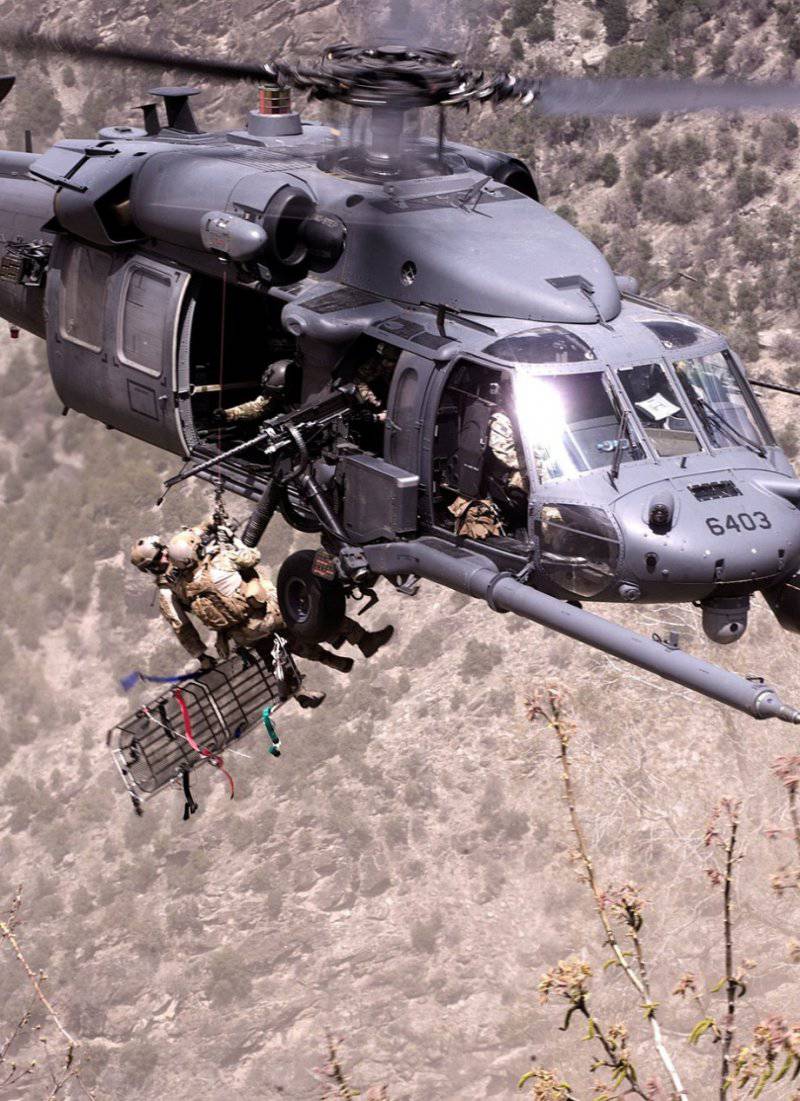 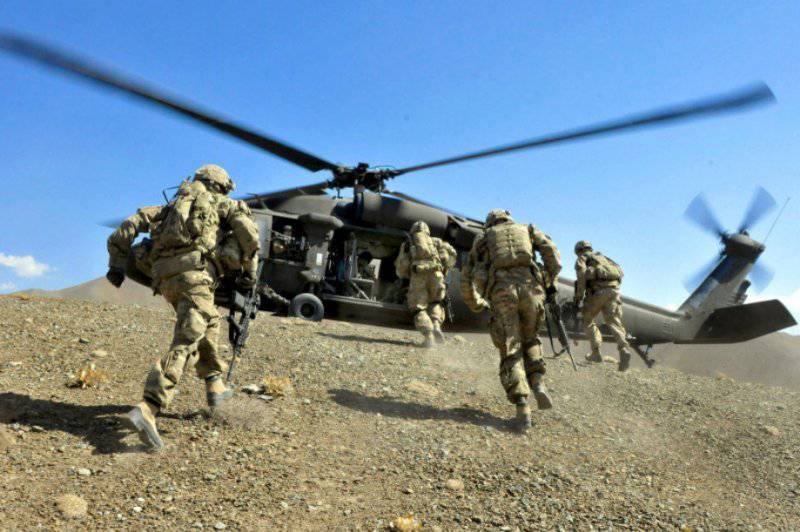 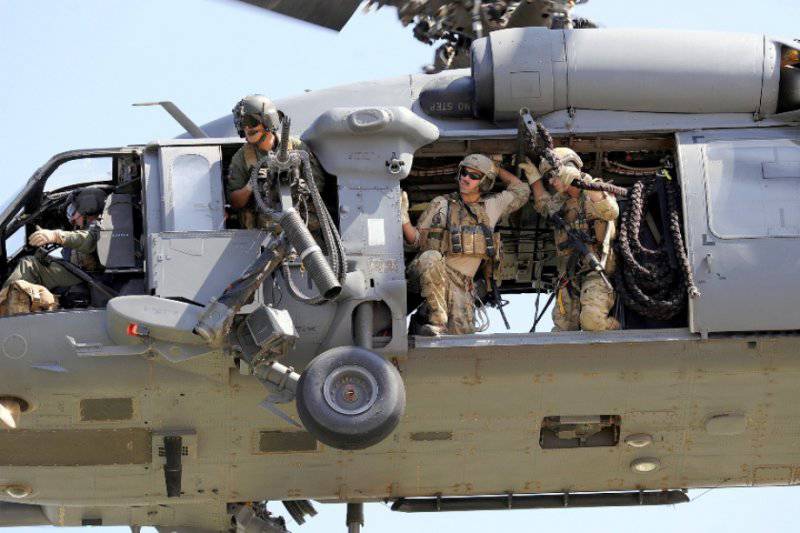 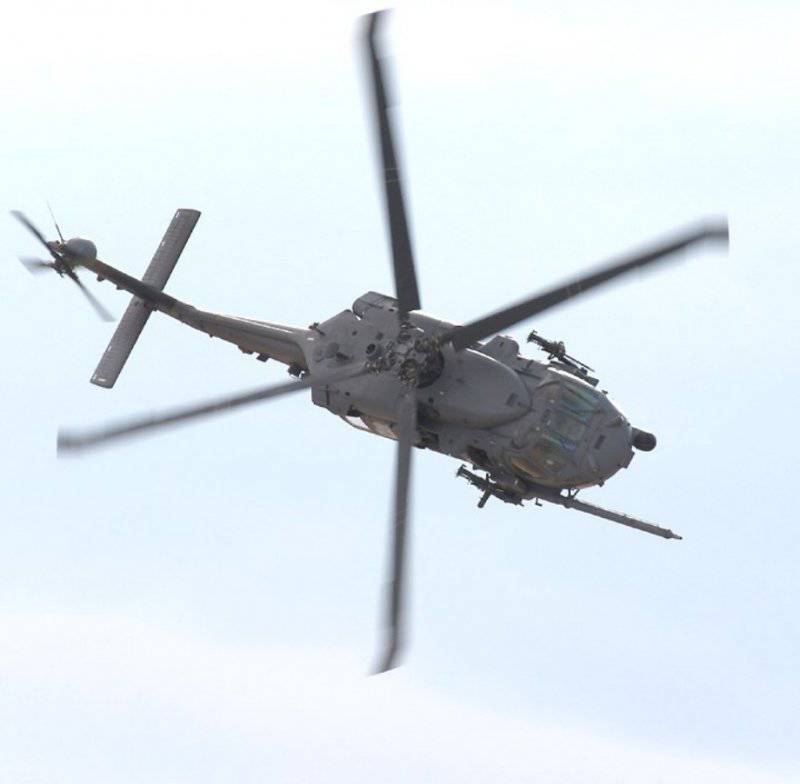 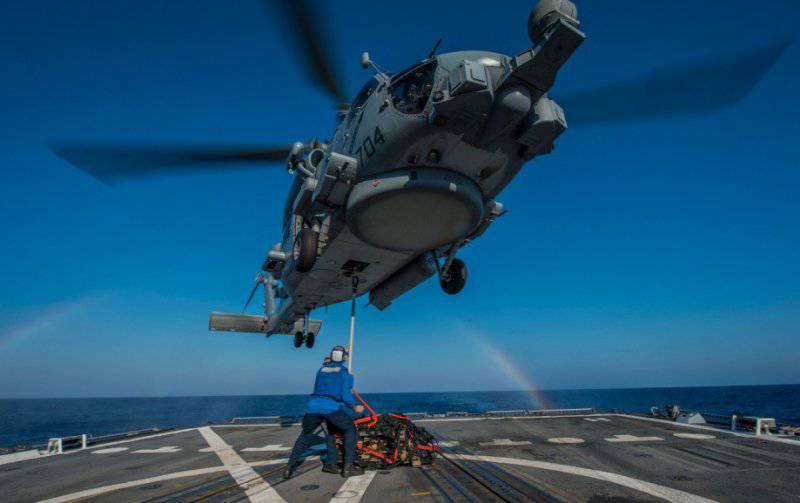 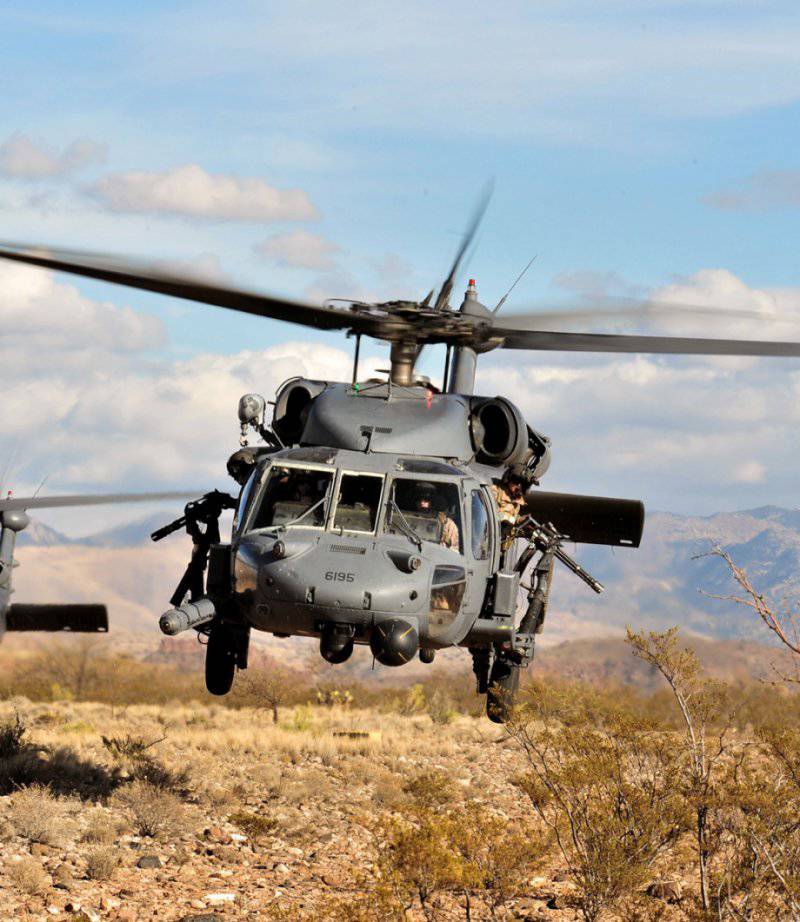 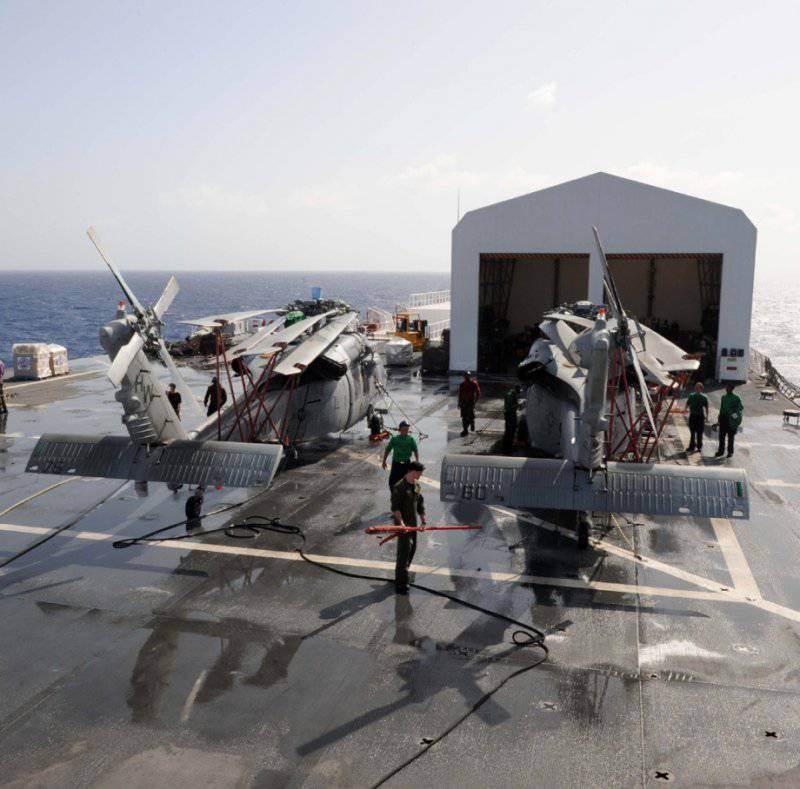 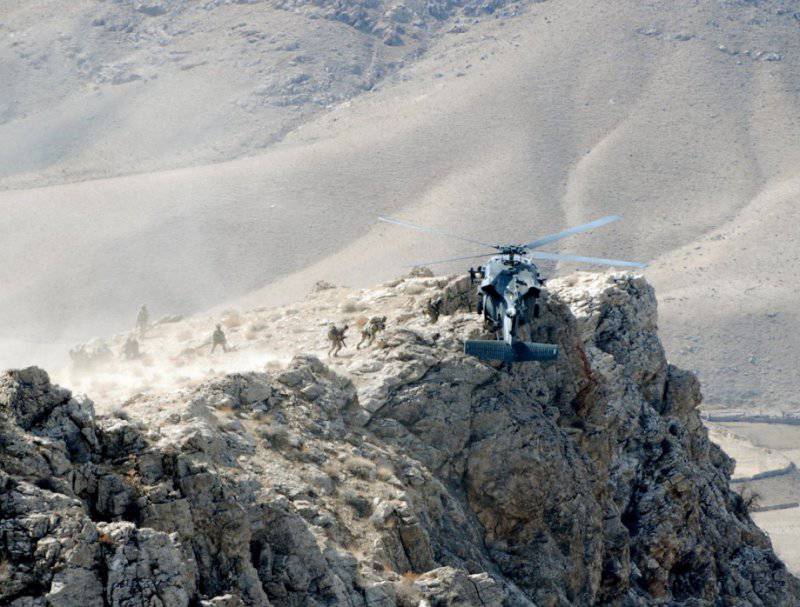 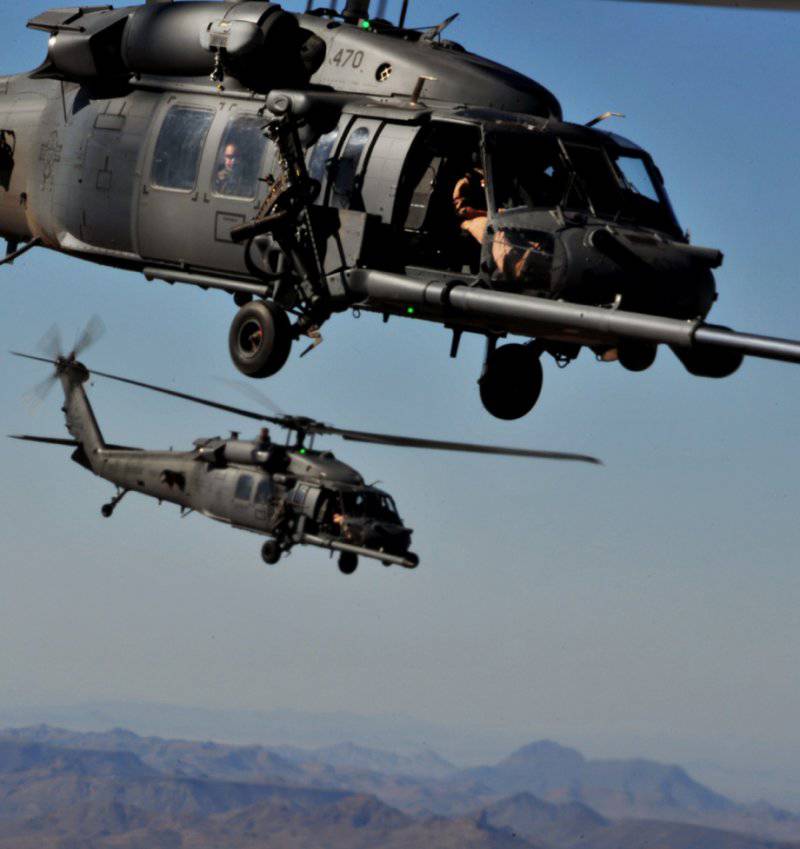 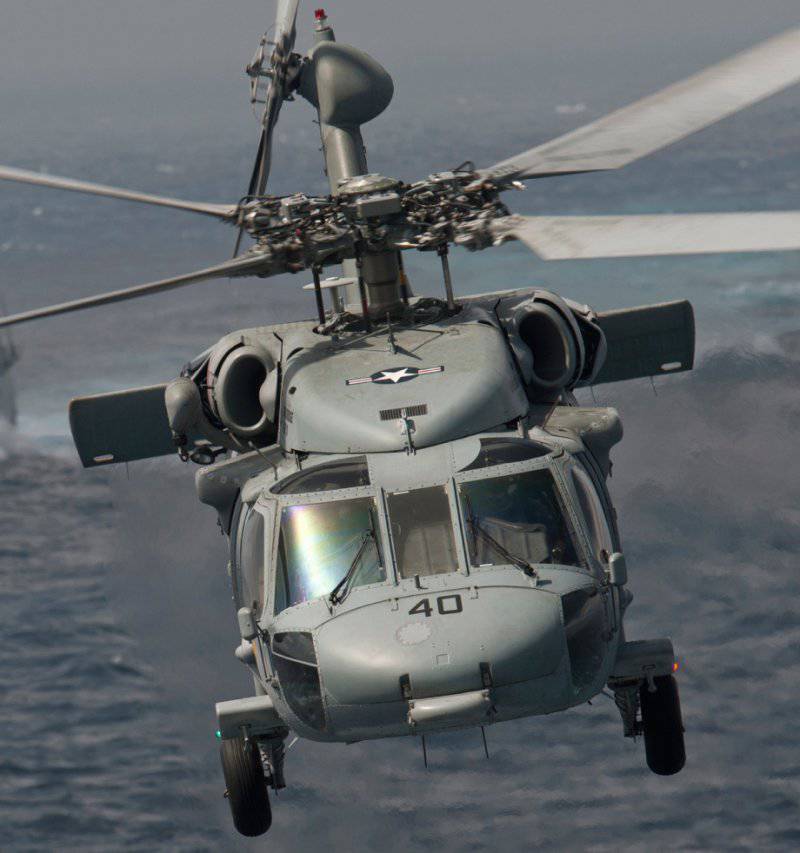 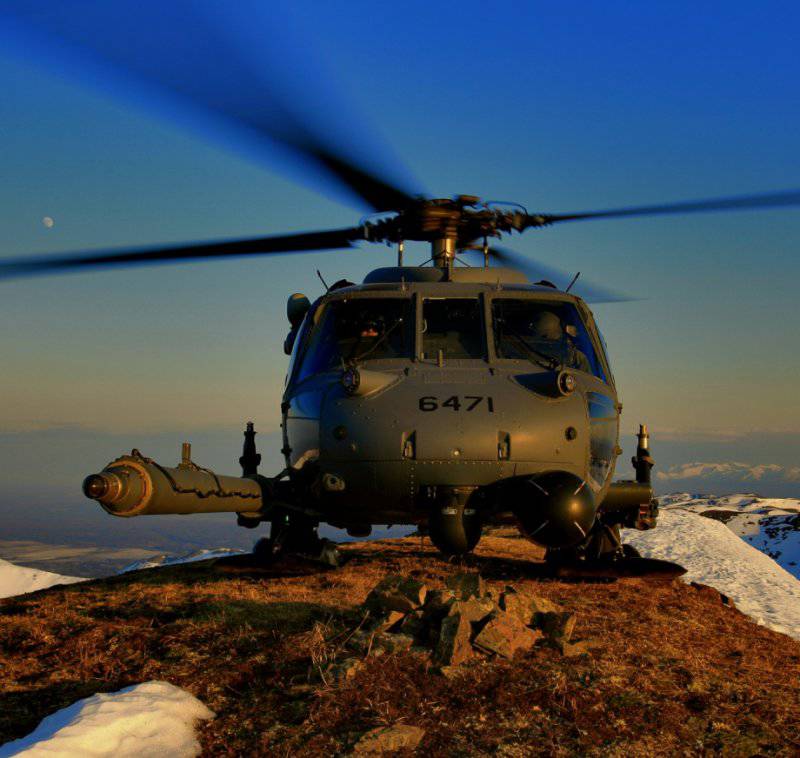 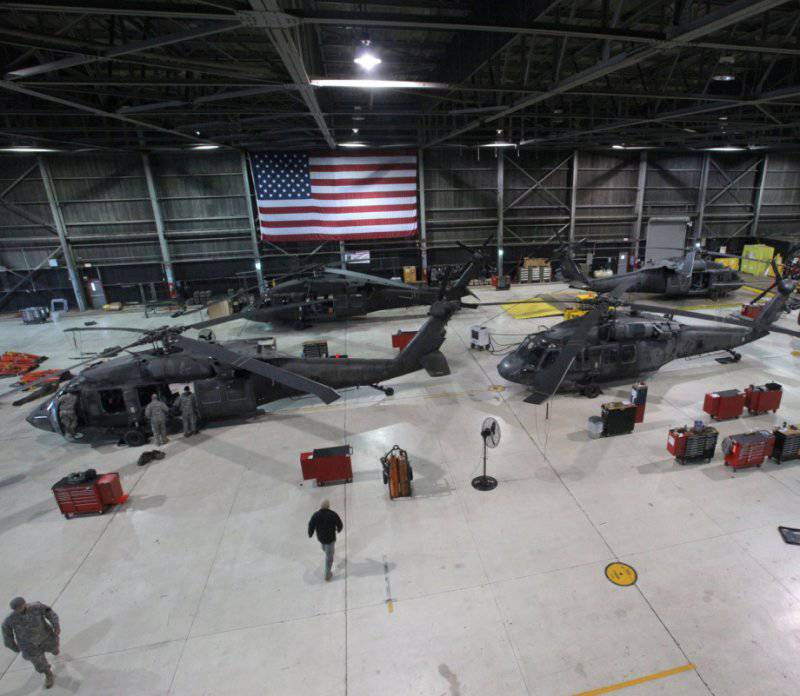 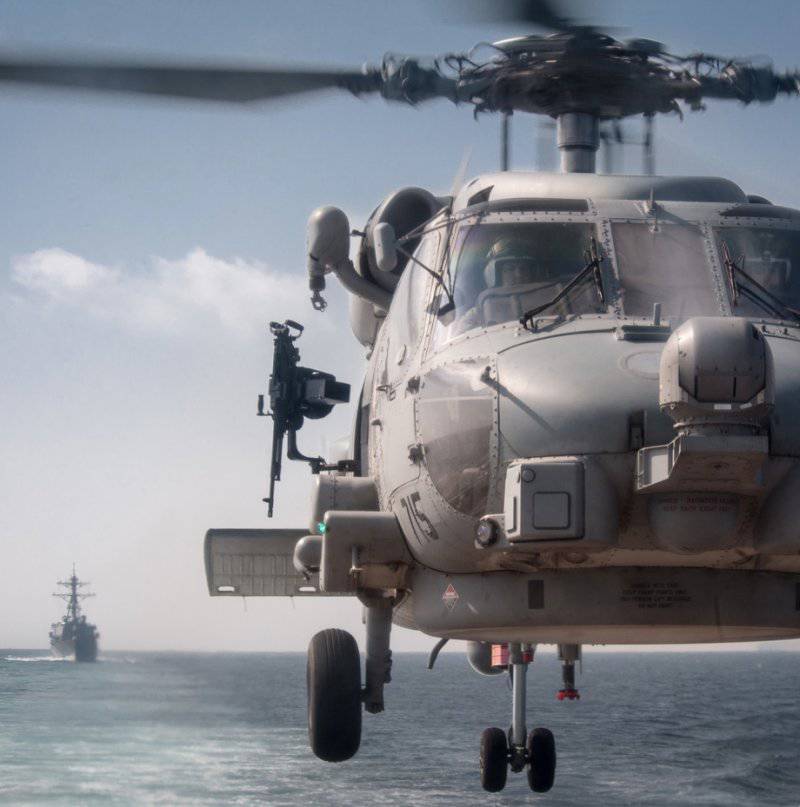 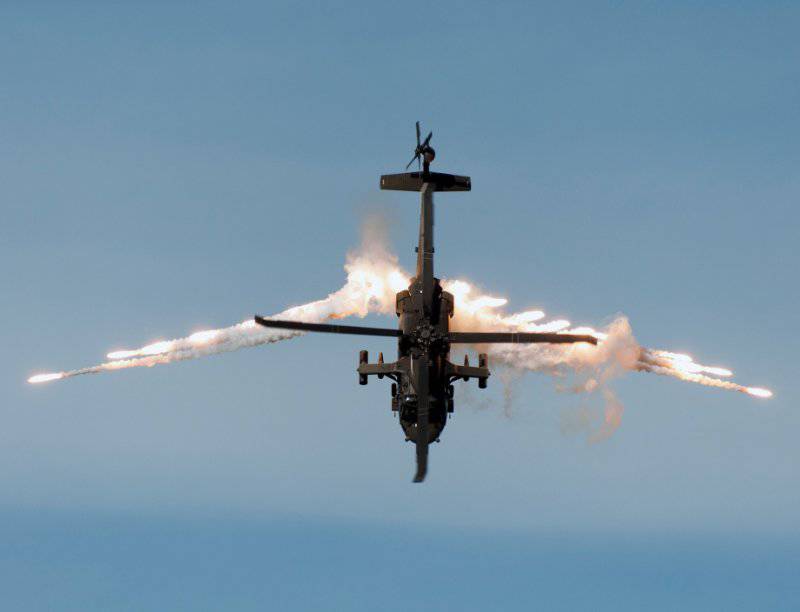 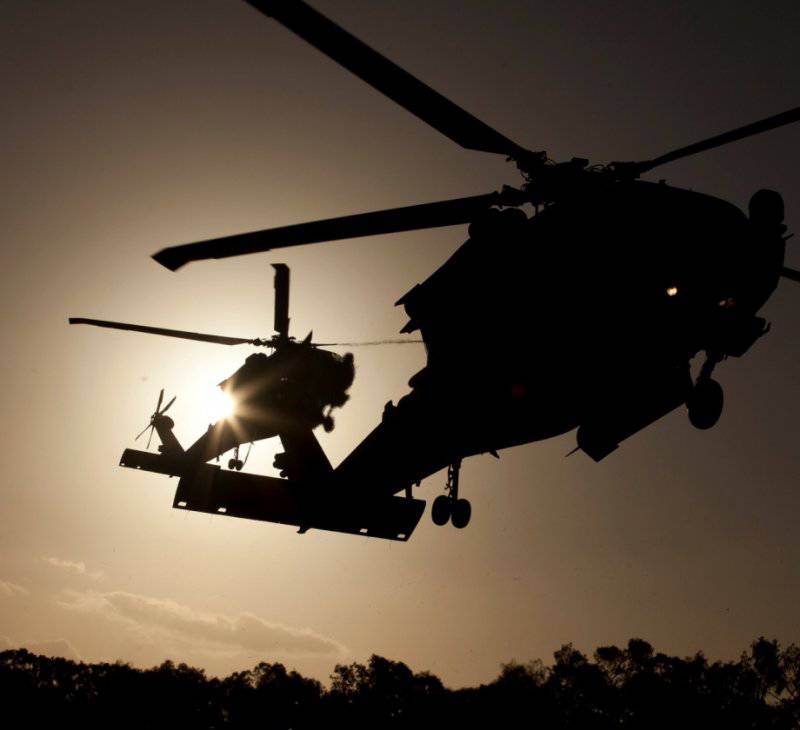