"DUCK POKINSKI" is ready to eat 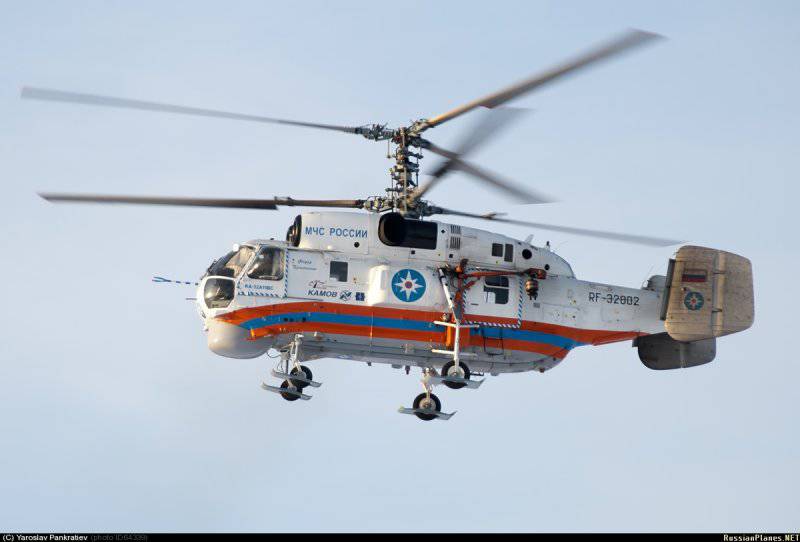 The Peking Duck published by 31.10.12 on Aviation Explorer is not a reason to close its own kitchen. It took a year to confirm the information on the assembly of the Ka-32 helicopters in China. Unfortunately, behind loud emotions around the Ka-52 accident on Privolnaya Street in Moscow, the information of the Chinese media about the move of the Ka-32 production to China remained unheard.


So, the message: “China and Russia are starting to cooperate in the production of Ka-32A11BC helicopters: the Chinese corporation Itun recently signed a cooperation agreement with OJSC Russian Helicopters, according to which Itun will build and manufacture Ka-32A11BC helicopters. The project will be implemented on the basis of aviation Beijing Ping County Industry, writes Russian.china.org.cn. According to the senior representative of the Beijing Committee for Economics and Informatization, in the future, Chinese and Russian enterprises are ready to expand cooperation on other models. In addition, Beijing plans to implement a number of leading projects in the development of helicopters, aircraft engines, key airliner systems, pilot training and financial services aimed at developing aviation, he added. ”

While we keep silent, the "duck" has become a reality. The issue of production was raised repeatedly, but always damped and dissolved. At the same time, negotiations were ongoing, not advertised, continued and, finally, the parties reached an agreement. "Dogs bark, the caravan goes." It is strange that the Caravan goes to China, and the search and rescue Ka-27PS, anti-submarine - Ka-27PL and transport-assault Ka-29 are not delivered to our fleet for more than 25 years (they all have the same design with the Ka-32 helicopter).

Moreover, these helicopters could easily be placed on the Mistral landing ships (the key word here is landing). By the way, the Ka-29 is smaller than the Ka-52, with overall dimensions and an excellent reputation for basing on Navy ships. The refusal is justified by the obsolescence of the armament complex, which no one else has to do, and the loss of assembly stocks at the serial factory in Kumertau. But after all, a new complex of weapons for the "Alligator" was created, and, according to the drawings, it is necessary to weld the stocks — this is not a new helicopter to build.

At the same time, at the Kumertau helicopter plant, where Ka-32, Ka-27, Ka-31 and Ka-226 were stably produced but with personnel, dynasties, transfer of experience and quality of products, everything was more or less in order (and thanks the fact that the enterprise is a city-forming one). However, this plant is going to be transferred to the category of aggregate production. This means that specialists capable of collecting, teaching to fly and maintain unique aviation equipment will be turned into production workers. This is explained by the lack of orders and outdated plant equipment. But right now, in the framework of conversion to aggregate production, new machines are flowing to the enterprise. And the main helicopter, the Ka-32А11ВС, is the best incarnation of the coaxial scheme for which, allegedly there are no orders, China is going to produce. No less strange.

Moreover, the information on the transfer to China of the signed "Russian Helicopters" agreement is modestly silent. The terms of the transaction, the reasons, the benefits of the Russian Federation, if any, are not voiced in any way. But this is not just a transfer and not just intellectual property of Russia, but created by many generations of designers, technologists, engineers and workers for many years.

The coaxial scheme in the Ka-32 / 27 family is the anti-submarine fleet, the ice reconnaissance of the Northern Sea Route, the development of the Arctic Ocean shelf, the construction, export of wood and the helicopter fire extinguishing market, which marketers have been saying for several years. And all this under unknown conditions, with a dubious benefit is transferred to a powerful and ambitious neighbor ... The effect of the transfer of production of the Ka-32 in conditions of uncertainty is difficult to predict, and it is not necessary.

Even if at this stage medium / heavy helicopter technology is rather complicated for the Chinese. They take up their helicopter industry with such zeal and enthusiasm, which makes them think seriously not about short-term interests, but about the national idea. What place in our helicopter policy is given to "Chinese", "Western European" or "North American cuisine" ...

Ctrl Enter
Noticed oshЫbku Highlight text and press. Ctrl + Enter
We are
Aviation Week & Space Technology: future bombers are being created in China and RussiaStavatti Aerospace - New player on the margins of the military-industrial complex of the USA or another Pentagon duck? PART-1
24 comments
Information
Dear reader, to leave comments on the publication, you must to register.