What is waiting for the United States: the decline or the North American Empire? 3 part


The United States came under the blow of this information war. Ex-CIA official Edward Snowden has done a lot of damage to Washington's reputation. I must say that everyone knew before that the intelligence services were conducting intelligence activities, but Snowden said that the “king is naked.” Before the exposing sessions, Snowden was given a real “advertising campaign”, which had to convince the townsfolk that every word he said was true.

Just look at the list of countries that this year demanded explanations from the United States about the so-called. "Listen" to understand that this is a real information attack with far-reaching goals. In June, Germany’s Justice Minister Sabine Leutheusser-Schnarrenberger demanded an immediate explanation from the United States about reports in the press that US intelligence agencies were listening to EU offices. On the eve of the German edition of Spiegel, referring to the materials of Snowden, reported that the EU missions in Washington and New York were tapped with the help of special means of the US National Security Agency (NSA). In addition, NSA experts also hacked into the computer networks of consulates. Also, the publication reported that the American intelligence service could stand for tapping telephone lines at the headquarters of the European Council and the EU Council in Brussels.

In July, the Latin American countries demanded explanations from the USA: Mexico, Brazil, Colombia, Honduras and Chile. According to the Brazilian media, which referred to Edward Snowden, American intelligence agencies collected information on a number of energy and oil companies, on the procurement of Venezuela weapons, listened to the negotiations of politicians, etc. In September, in her speech at the 68-th UN General Assembly, Brazilian President Dilma Rousseff accused the United States of uncontrolled espionage. In addition, Rousseff canceled her official visit to the United States.

In August, Spain demanded explanations from the United States for spying. In October, a new wave of wiretapping scandal began. France demanded that the United States explain the fact of listening to the millions of phone calls of its citizens. The newspaper Le Monde reported that the NSA, in the period from December 10 2012 to January 8, 2013, intercepted more than 70 million of telephone conversations of the French. At the same time, the American special services monitored suspected of having links with terrorists, government officials, politicians and businessmen. It was also reported that the Americans, within the framework of the PRISM top-secret program, have the ability to "remove" information directly from submarine communication cables in the ocean (Upstream method). French Interior Minister Manuel Walls called the actions of the NSA "shocking."

In late October, Norway requested an explanation from the United States. October 24 Guardian, citing materials provided by Snowden, reported that the NSA tapped phone conversations 35 world leaders. In Germany, the magazine Der Spiegel reported that the American intelligence services had been tapping the phone of Angela Merkel since the 2002 of the year. Berlin promised to send American diplomats if information about their participation in tapping the head of Germany is confirmed. Barack Obama apologized to Merkel and actually admitted his insolvency when he said he did not know about the interception.

On October 31, Australian media, citing documents released by Snowden and anonymous sources, reported that Australian diplomatic missions were part of the global American spy network. The Australian Radio Security Directorate intercepted information at embassies in Jakarta, Bangkok, Hanoi, Beijing, Delhi, as well as in diplomatic missions in Kuala Lumpur and Port Moresby and several other countries. All information collected from countries in Asia and the Asia-Pacific region was then processed as part of a United States-led operation, code-named “The Ceremonial Hall” (“Stateroom”). Not only the United States and Australia participated in espionage, but Canada, Great Britain and New Zealand (the so-called “Five Eyes” group). The Chinese Ministry of Foreign Affairs immediately requested clarification from the United States regarding this information. Almost simultaneously, South Korea, Indonesia, Malaysia and Thailand demanded explanations from Washington.

Australia, New Zealand and Canada have chosen to remain silent. Like, let the elder brother answer. Barack Obama, wedged in a corner, justifies himself. He told Merkel that he knew nothing about tapping her phone, and if he knew, he would have immediately stopped such an outrage. The American president gave an official order to remove surveillance from the headquarters of the European Union, the UN secretariat, the main offices of the IMF and the World Bank, and blamed the NSA for the incident. Thus, Obama made two strategic mistakes (or made them on purpose). First, he showed the helplessness of the head of the United States, who does not know what his special services are doing, and humiliated the American power in front of the entire world community. Secondly, he fatally offended the “knights of the cloak and the dagger”, in fact handing them over. Barack Obama left the security forces to their fate, de facto accusing them of arbitrariness. According to former and current employees of the National Security Agency and other intelligence agencies, the White House and the State Department were aware of special operations, interception of telephone conversations of leaders of other countries, politicians, entrepreneurs, including those considered allied countries.

British Prime Minister David Cameron, who justified the actions of the US-British special services, took a more correct position. According to him, total surveillance is needed to combat international terrorism. Cameron said that the Guardian, by publicizing the information received from Snowden, caused damage to the national security of Great Britain, and warned that Her Majesty’s Government could take tough measures to the press if the media continued to publish revealing information about the activities of intelligence services. The media should be “socially responsible,” or the government will respond, threatened Cameron. There is a provision in British law that allows you to block the release of any information if it can cause damage to national security. 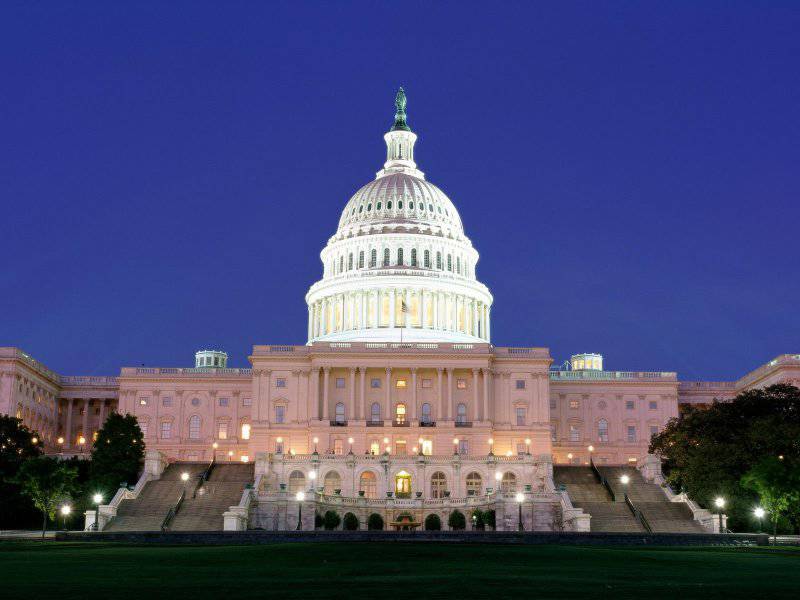 Films with huge budgets have become popular, where the US is under attack from all sorts of forces - from North Koreans to secret network structures. In particular, in the film “GI Joe: Throwing a Cobra 2,” director John Chu was replaced by an American president, and on his behalf they blackmailed the heads of major world powers with a heavy-duty orbital weapon, proposing to destroy their nuclear arsenals and submit to a new world government that created a secret society Cobra". The premiere in the United States took place on March 28 2013, the budget of the film - 130 million dollars. 24 April 2013 was released to the worldwide distribution film The Iron Man 3, directed by Shane Black. The second semantic series of the film is very entertaining: the international terrorist Mandarin is threatening the planet and the American president personally, in which it is easy to recognize a representative of the “Islamic project”. In the course of the investigation, it will become clear that the Islamic terrorist is a figurehead, and behind the attacks there is a secret organization whose agents are former military. The budget of the film - 200 million. In the film “Storming the White House,” directed by Roland Emmerich, the strike force of terrorists takes the White House by storm. The US premiere took place on June 28 2013, the film’s budget was 150 million dollars.

These are not the first such pictures. It is easy to make sure that there is a creation of an information matrix of destruction, which should destroy the modern USA. In the films under the blow are the first persons of the state, American state symbols, statehood. And these are just movies! But similar signals can be detected in almost all directions. So, an active anti-American campaign lead environmentalists. From the USA one by one they go news accidents at nuclear power plants, leakages of harmful substances, tanker collisions, train and bridge derailments, explosions of factories, oil platforms and pipelines, and man-made fires. Accident reports already remind military reports. The US is blamed for the disaster in the Gulf of Mexico when the Deepwater Horizon BP oil platform crashed in April 2010. The accident killed 11 oilmen, there was a leak of 940 million liters of oil, the total cost of the disaster is estimated at 63 billion dollars. About 400 various species of animals were threatened with extinction. Some experts even express fears that as a result of this man-made disaster, the Gulf Stream has changed its direction, and irreversible changes in the global climate have already begun. North America and Western Europe may face the threat of a severe cooling.

In February, 2013, a radioactive waste leak from several underground storage tanks of the Hanford complex on the Columbia River in Washington State was discovered. 29 March 2013, the Exxon Mobil pipeline broke out in Arkansas. About 1 million liters of oil leaked. 17 April 2013 in Texas blew the West Fertilizer Co. fertilizer plant. 70 people died, about 200 were injured. There is an assumption that the plant was blown up specifically to hide the traces of theft of anhydrous ammonia, which is used for clandestine production of the strongest psychostimulant, methamphetamine. The plant has been robbed more than once. 23 May 2013, in the Seattle area, collapsed an important transnational bridge that provided US-Canadian traffic (more than 70 thous. Vehicles daily). July 29 series of explosions shook the Lake County plant in Florida. In August, due to problems in the electrical system, which ensures the operation of water pumps for cooling the reactor core, the Pilgrim NPP, located in Massachusetts, was closed. 12 November came the news of the leakage of radioactive water at the largest US nuclear power plant in the city of Oconi, South Carolina. The cause of the accident was the failure of the cooling system. November 14 in northeast Texas blew Chevron Corp. pipeline. According to experts, the United States is faced with the problem of infrastructure deterioration: the power system has become unusable, roads and bridges are being destroyed, the nuclear industry is deteriorating, and so on.

If earlier the USA was a stronghold of democracy, civil liberties, an example of a beautiful life for many, now the news feeds are filled with reports of police killing civilians, corruption among officials, military and even congressmen, moral degradation of the American armed forces, which literally engulfed an epidemic of violence and alcoholism , drug addiction and bribery, about sex scandals among politicians of the highest rank, etc. For example, on November 15 there was news about the involvement of Secret Service agents in sexual perversion eniyah. Republican Ronald Johnson, a member of the Senate National Security Committee, said that the agents of the US Secret Service, who guard state officials, have repeatedly taken part in sexual perversions and other inappropriate acts in the territory of 17 countries over the past few years.

At the same time, historical materials that were previously known only to a narrow circle of people who studied these topics were actively disseminated. Expose American war crimes in Korea, Vietnam, recall the genocide of the indigenous population - the Indians, the "great American famine" 1932-1933, in which hundreds of thousands of Americans were killed, support for the regime of Hitler and the harboring of Nazi criminals, crimes of the CIA and the US participation in dozens of coups and revolutions around the world and much more. In the history of the United States a lot of "skeletons" that can be pulled out of the cabinets. But the question arises - why now? This was not remembered in 1985, neither in 1991, nor in 1999, nor in 2001. These exposures were then the lot of individual researchers who were not taken seriously.

Ctrl Enter
Noticed oshЫbku Highlight text and press. Ctrl + Enter
We are
Situational analysis of the death of the MH17 flight (Malaysian Boeing 777), made on the basis of engineering analysis from 15.08.2014Edward Snowden as a phenomenon of an empty chair
35 comments
Information
Dear reader, to leave comments on the publication, you must to register.