And the whole world is not enough 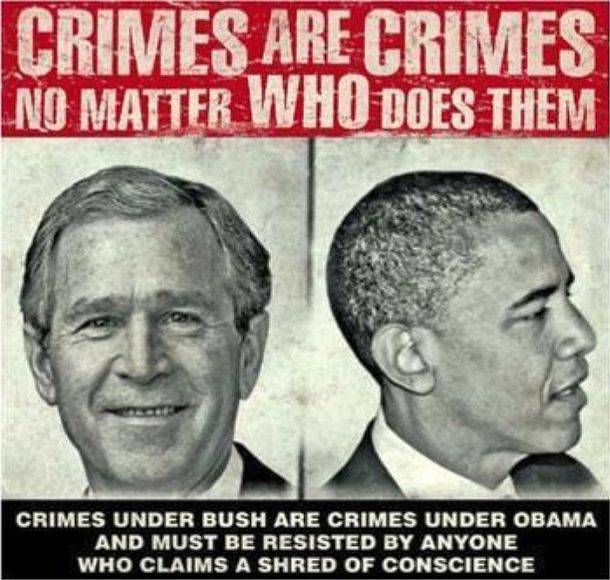 The epic confrontation between the White House and Congress created the illusion of serious contradictions between the two American "parties in power". However, quarrels on domestic issues do not prevent the Democrats and Republicans from pursuing a common foreign policy. And here the “peacemaker” Obama, by cruelty and cynicism, has long jumped around the “cowboy” of Bush Jr. 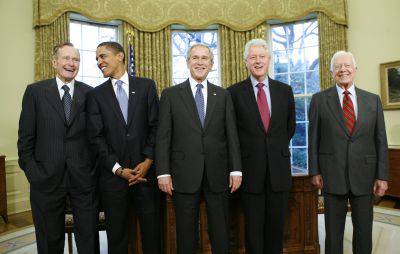 If, before the fall of the Eastern bloc, the United States had to reckon with the realities of the bipolar world in international matters, then from the beginning of the 90s of the last century, Washington could act without regard to the world community. Under 41 US President, Republican George W. Bush, the term "humanitarian intervention" emerged and was filled with suicidal content, which became the calling card and indulgence for the United States. Under the pretext of "preventing the genocide of the local population or a humanitarian catastrophe," the White House itself issued permission to invade the territory of any state. Without UN Security Council sanctions and reasons.

The object of a trial "humanitarian intervention" was Somalia. The debut failed: after the "fall of the black hawk" and the death of 18 Rangers, America withdrew its contingent from this African country. Political differences did not prevent Democrat Bill Clinton enthusiastically support the initiative of his Republican predecessor and send 3000 marines to "restore democratic norms of life and human rights" in Haiti. The operation really came out "humanitarian" - the United States lost only one soldier in the island state and almost 4 a month after the invasion.

After waving the United States decided that it was time to test their own military power and the patience of the world community in the matter more seriously. Yugoslavia has hit Washington. Half a century after the Second World War, bombs began to fall again in the center of Europe and the blood of civilians began to flow. In six years, "humanitarian" operations by the United States and its NATO allies killed thousands of people and tore apart the once united country. According to many observers, the war in the Balkans, Bill Clinton tried to distract the attention of Americans from the scandal with Monica Lewinsky, for which he almost paid the impeachment.

Surprisingly, opponents of the Democrats, who themselves released the genie of "humanitarian intervention" from the bottle, attacked Clinton for ... the use of military force in a situation that does not affect the vital interests of the United States! Condoleezza Rice, at that time, an adviser to presidential candidate George W. Bush, first announced this during the election campaign of 2000. Criticizing the actions of the United States in the Balkans, she reprimanded the Democrats that "American troops should not be used to protect schoolchildren." And she added meaningfully: "George Bush ... will never use foreign policy in the narrow interests of the party." The future head of the White House himself did not keep silent and said the famous phrase: “I don’t think that our troops are meant for so-called state-building.

Ten years after the end of the Cold War, September 11 2001, George W. Bush began his own - with international terrorism. Under its cover, the United States expanded the goals of "humanitarian intervention" to the overthrow of political regimes that disliked Washington and the physical elimination of their leaders. In formulating the doctrine of confronting a new enemy, Bush made it clear that the goals of American foreign policy are defined: "... today's war on terrorism is like a cold one." This is an ideological struggle with an enemy who despises freedom and pursues totalitarian goals. ” Global domination has begun. To begin with, "bombed into the stone age" (to quote them into the stone age - a quote from the Vietnam War) Afghanistan. Following, armed with the words of the 43 President: “We will export death and violence to the four corners of the earth in order to defend our great nation,” the United States invaded Iraq. 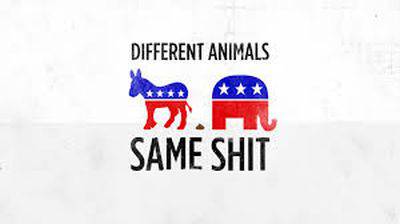 On the example of the Iraq war, the well-known American political scientist, philosopher and writer Francis Fukuyama noted that the "party of an elephant" and "party of an ass" again changed places in their interpretation of American interests around the world. “Republicans actually adopted a policy of“ humanitarian intervention ”and unlimited support for democracy,” Fukuyama argued in his article published in March 2005, “and the Democrats, on the contrary, spoke in favor of pragmatism, caution, and put national security in the narrow the interpretation of this concept. "

At that time, neither Fukuyama, nor anyone else suspected that the charming Democrat Obama, who had replaced the rude Republican Bush, would successfully continue his predecessor’s foreign policy and even surpass him in some things. For starters, compare two quotes. “Our war on terror begins with al-Qaida, but this will not end. It will not end until every terrorist group in the world is found, stopped, and defeated ”(President George W. Bush, September 20, 2001). “Our main goal is to let the world know that the United States will continue to fight violence and terror. Our actions will be decisive and effective, in accordance with our values ​​and ideals” (President Barack Obama, January 22 2009). Similar words followed common words.

The US itself has fostered international terrorism. Bush has breathed life into him with an invasion of Iraq and Afghanistan, and Obama with awkward actions in the Middle East and North Africa. By declaring bin Laden and Co. global war, Bush gave the US military the opportunity to kill without trial anywhere in the world. The main instrument of its fight against terrorism was the Joint Special Operations Command (JSOC), whose powers have already been significantly expanded by Barack Obama. Jeremy Scahill, correspondent for The Nation magazine, Jeremy Scahill, author of the best-selling book about the global war of the United States and its many victims, “Dirty Wars: Peace as a Field of Battle,” believes that Obama will enter history as the president, who legitimized the right of the United States to conduct murder operations around the world. " 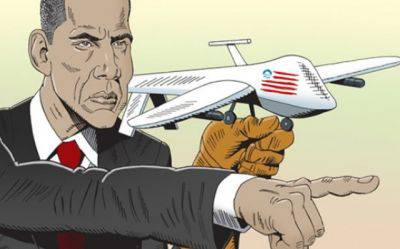 In the cause of the impunity of destroying the enemies of America, the Nobel Peace Prize laureate relied on drones, and did not miss. For Bush’s two presidential terms, drones only used 52 times for attacks against human targets, for the first four years of Obama ten times more often! The acting head of the White House found a weak link in the foreign policy of his predecessor: the coffins with the bodies of American soldiers who died thousands of kilometers from their native shores do not in the best way affect the mood of the electorate. Therefore, it is better to destroy those who represent a threat to the interests of the United States either with the hands of mercenaries or with the help of UAVs, cruise missiles and smart bombs. Obama really knows a lot about killing people!

Perhaps, this is where the differences in Washington’s foreign policy under Republican Bush and Democrat Obama end. Bush began the hunt for bin Laden, Obama brought it to the end. Bush signed the Patriot Act, which gave the government and intelligence agencies virtually unlimited powers to spy on their own and not only citizens. Under Obama, thanks to Snowden, the true extent of United States electronic espionage across the world has become known.

In addition, Bush and Obama have one more, the most important, common feature. Every American president, whether it is “red” or “blue,” understands perfectly well that the existence of the United States is completely dependent on the leading position in the world. And the decision maker in the White House must be ready for any crime, unimaginable baseness or insane sacrifices in order to preserve the status quo.

Ctrl Enter
Noticed oshЫbku Highlight text and press. Ctrl + Enter
We are
Russia and the United States: from Bush to ObamaAmerican political scientist William Engdal: "Only Russia, China and Europe can stop American cowboy"
53 comments
Information
Dear reader, to leave comments on the publication, you must to register.