Tales of new Russia: a tale about how the good king of the PSA abolished and oil revenues returned to the state’s budget 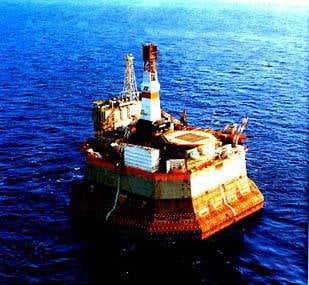 For about five years already, the fairy tale about the abolition of V. Putin in the 2004 year of the PSA, which allowed the return of oil revenues to the Russian budget, has been going around the country for five years. Moreover, lovers of fairy tales, broadcasting these fairy tales to the world and concurrently admirers of the talent of the great storyteller and State Duma deputy Ye. ), then the abolition of the law itself.


However, upon closer examination of the issue, both versions turn out to be untenable: the allegedly canceled agreements, of which only three were concluded, turn out to be valid agreements (as evidenced by the government's periodic reports “On the results of work on the implementation of production sharing agreements”), and the seemingly canceled N 225-ФЗ dated 30.12.1995 "On Production Sharing Agreements" turns out to be the current law.

Meanwhile, Fedorov himself in the first minute of A. Karaulov’s film “Unknown Putin” states categorically:

<< ... We took the natural resources of Russia under national control only in 2004, and before that they were not even in Russian jurisdiction (but not all, of course, under the law on production sharing agreements). And only in 2004 the law was canceled. If we had not done this, then we would not have depended on the price of oil at all - oil revenues would simply not have flowed into the budget ... >>

<< ... One person, Vladimir Putin, was able to radically change, reverse this situation. What is PSA Law? Why did Russia lose its own oil - money from oil? .. >>

So, what has V. Putin abolished if the agreements and the law are in effect? Perhaps the words of Fedorov and Karaulov should be understood somehow differently? Maybe their words have some secret meaning? Maybe we are talking about some unknown amendments to the "abolished" 225-FZ, which allowed to change the situation?

In 2004, the State Duma adopted only two amendments to the law “On Production Sharing Agreements” - N 58-FZ from 29.06.2004 и N 199-FZ from 29.12.2004redistributing certain functions of the federal bodies of state power and selecting powers in terms of PSA from the subjects in favor of the federal center. Even with all the desire to attract these amendments to the abolition of something that prevents oil revenues from entering the budget, it does not work. Just as it is impossible to attract them to the return of resources to the Russian jurisdiction.

And there can be no talk of a return to the Russian jurisdiction of natural resources, since five years before these amendments the State Duma adopted N 19-FZ from 07.01.1999in which a separate line was written:

<< It is allowed to provide, on a production sharing basis, no more than 30 percent of the explored and recorded mineral reserves by the state balance sheet. >>

What foreign jurisdiction can we talk about if jointly With foreigners can you develop only 30% subsoil?

What is interesting: when 15.04.1997 19-FZ was introduced to the State Duma, it was listed as << Draft Federal Law N 97700724-2 On Amendments and Additions to the Law "On Production Sharing Agreements" >>. After more than a year of discussion, it was adopted, but the text, speaking about the share for foreigners, looked different:

<< In the interests of national security, including to preserve the independence of providing state and other Russian consumers with mineral raw materials, it is allowed to provide, on a production sharing basis, no more than 20 percent of the country's explored mineral reserves and no more than 10 percent of such reserves for the country's strategic minerals . >>

This option was rejected by the Federation Council (Resolution from 04.09.1998 N 396-SF), as a result, a conciliation commission was created, one of whose members on the part of the Council of the Federation defended the interests of foreign capital was one Sergey S. Sobyanin.
But even despite the fact that the position on strategic types of minerals disappeared from the text of the law, and the share of joint development increased to 30%, the fervor of the so-called "investors" was significantly diminished, with the result that more than two hundred agreements are being prepared for the conclusion .

As we can see, the tale of the abolition of the PSA is really a fairy tale. And, like every fairy tale, it has a real foundation (oil income has really increased), on which fabulous interpretations are built.

So what was done to increase budget revenues?

Nothing at all. It’s just that in the 2004 year, the price of oil, which grew quietly already from 99, went up sharply (and the production volumes, and hence sales, grow from the same 99).

Ctrl Enter
Noticed oshЫbku Highlight text and press. Ctrl + Enter
We are
Fairy tales of new Russia: the tale of how the good king of the central bank of the state nationalized, and the evil boyars prevented himA terrible tale of how the king loved the king
205 comments
Information
Dear reader, to leave comments on the publication, you must to register.