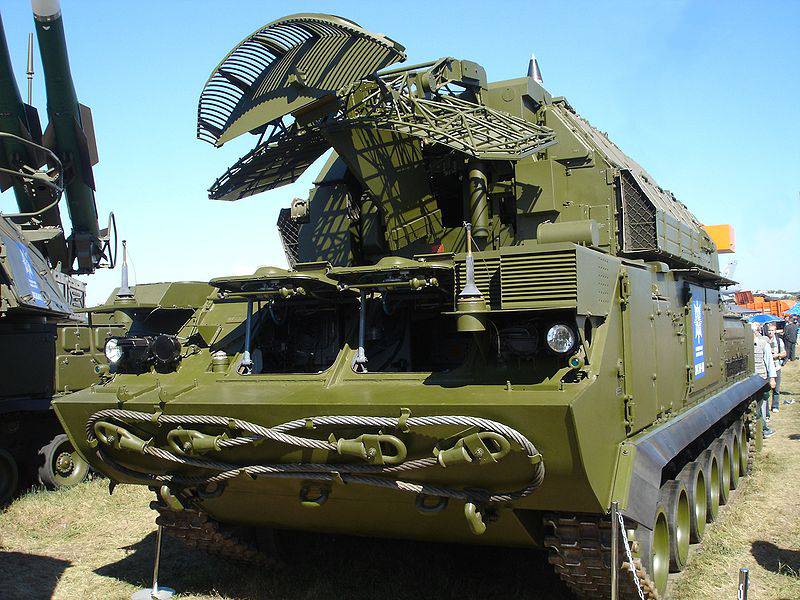 “Now we can confidently say that a unique in its class air defense system has been created for the Russian army with a tremendous accuracy of hitting targets at a distance exceeding the specified characteristics,” said Druzin.

In addition, according to Druzin, according to the results of tests, it is advisable to consider the possibility of using the complex in motion without stopping, reports RIA "News».

“We have a reason for further work - today, the launch of the rocket takes place with a short stop for 2 – 3 seconds, and can be done completely in motion, without stopping,” said the deputy general director of the Almaz-Antey air defense concern.

As Drusin stated, “Tor-M2” is capable of striking all types of high-precision weaponsthat exist today, including cruise missiles. “But the main thing is that he is able to hit heavily maneuvering targets. Such evasion maneuvers are performed by both cruise missiles and manned aviation", - said the interlocutor of the agency.

He noted that these complexes are in the state armaments program until 2020 of the year. “We are preparing their mass production. We are already making combat vehicles for the complex. This part of us has been worked out, ”Drusin emphasized.

# {weapon} He thanked the chief designer of the complex, Joseph Drize, for the excellent work done on the creation of the newest Russian air defense system.

Until now, the Tor-M1 and Tor-M2U complexes were in service with the Russian army (the export version is Tor-M2E). At the end of October of this year, shooting outside the state tests was carried out to confirm the characteristics of the new complex.

According to Druzin, the Almaz-Antey Air Defense Concern and the Tactical Missile Armament state corporation created the newest ground-to-air missile 9М338 with enhanced characteristics for Tor-2М.

The X-NUMX-1 missile was in service with the Tor-M2 and Tor-M9 complexes. At the end of October of this year, shooting outside the framework of state tests was carried out to confirm the characteristics of the new complex and the rocket.

“We shot five missiles at very difficult targets (the Osa-Saman rocket), three of which were shot down by direct missile hits, that is, head-on. This is a great result, amazing accuracy. This is unique. The remaining targets were also hit by the fragmentation flow of missile warheads, ”said Drusin.

He stressed that a special commission on the results of the shooting came to the conclusion that it was possible to assign serial production letters to the rocket.
"This is the final part, this is the result of a very large work," said the deputy general director of the Almaz-Antey air defense concern.

He also said that the creation of a new missile, which is smaller in size than its predecessors, made it possible to double the Tor-M2 ammunition load from 8 to 16 units.

At VIP AVITEK (Kirov), which is part of the concern, the first batch of these missiles from 40 units has already been manufactured.

“This fact confirms that our plant is able to master these technologies. We can start making missiles in the volumes that will be needed by the Russian army, ”stressed Drusin.

He said that the 9М338 rocket was developed by the Vimpel machine-building design bureau, part of the Tactical Missile Armament corporation, with the financial participation of the Almaz-Antey air defense concern.

“I want to thank the rocket’s chief designer Vladimir Yeletsky for the tremendous and successful work on creating new weapons for Russian air defense,” said Druzin.

Ctrl Enter
Noticed oshЫbku Highlight text and press. Ctrl + Enter
We are
ARMY-2016. The latest complex of biological protectionTwo news from the concern "Almaz-Antey"
36 comments
Information
Dear reader, to leave comments on the publication, you must to register.