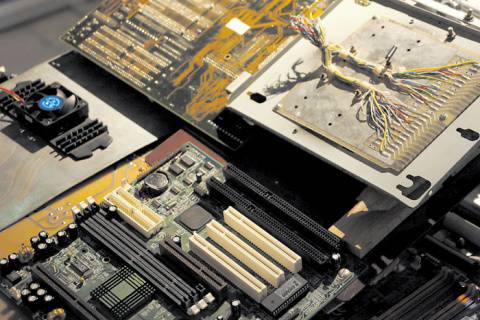 Russian electronics - once one of the advanced branches of the domestic economy - is experiencing hard times. Meanwhile, according to experts, in this area Russia could play a significant role not only in the domestic, but also in the external market.


Where we do not exist

Of course, when we talk about holding high positions in the world market, we need to understand which market segment remains available for Russian producers. Russia has completely lost the opportunity to seriously be represented in the market of household appliances or modern gadgets: this segment has been firmly conquered by manufacturers from Southeast Asia.

“Even now, in difficult conditions, the production of electronic components in Russia is constantly growing,” emphasizes the CEO of the Roselectronika holding Andrey Zverev. “At the same time, we are present in the global component market.” But here's what is strange: under such conditions, the domestic military-industrial complex is provided with domestic components only on 60%. In the civilian sector, the domestic producer is only present at only a few percent. The level of development of professional electronics in the future will largely determine the competitiveness of Russian industry, the efficiency of the social sphere and national security. ”

“Of course, at the beginning of 90-s, Russian electronics seriously lost their positions and groundwork precisely because defense orders were reduced,” reminds the expert. “But nevertheless, we have serious scientific and technical achievements and achievements that allowed us to maintain our position in such knowledge-intensive areas. These, for example, in addition to microwave electronics, include algorithmization of information processing and signals for military electronics, radiation-resistant ECB, new energy-saving lighting technology based on semiconductor LEDs, instruments for thermal imaging. "

We have to admit that the domestic market of electronic components for military and aerospace equipment has been falling for a rather long time. Over the 15 years (since 1991), the total number of enterprises and organizations in the industry has been halved. Depreciation of technological equipment reached 53%. Any significant public investment in the industry was virtually non-existent. The recession was overcome only by 2006.

Already in 2007, due to the resumption of the defense order, the growth of the domestic market amounted to 10% and immediately approached 230 million dollars. At the same time, the volume of production of defense enterprises increased immediately by 6%. And it continues to grow annually by almost 15%. However, the share of innovative products in the total market is growing rather slowly. Now it is only about 7%. Which probably explains the more than modest possibilities of Russian enterprises in the supply of high-tech domestic products to the world market. While the share of the Russian market does not exceed 0,3%.

“Modernization of the domestic electronic industry is undoubtedly one of the priorities of industrial development in Russia,” said Vladimir Gutenev, first deputy chairman of the Russian State Duma Committee on Industry, first vice president of the Russian Engineering Union. - Unfortunately, we are lagging behind in the production of modern chips and microcircuits, without which modern electronics are inconceivable. It is still valid GOST 70-ies! Naturally, there is no reason to talk about their compliance with modern technological requirements! So the modernization of the industry is the most important task, the solution of which depends on the development of high-tech industries and the creation of new types of weapons. ”

What could be the mechanisms for bringing the industry to a competitive position in the global market?

If you want peace, prepare the electronics

The main engine for the development of the industry can and should be the state defense order. Fortunately, there is awareness of this need. The domestic defense industry "breathed" with the adoption of the state armament program for 2011 – 2020, the amount of funding of which is 20 trillion rubles. Obviously, modern weapons are above all high performance. And here as nowhere else it is important that these characteristics are provided with components of domestic production.

“Russia has its own national interests, primarily in the areas of security and technological independence. It’s impossible to defend them without having our own electronics industry, ”said Mikhail Remezov, Chairman of the Presidium of the Expert Council of the Military Industrial Commission. - How can we be sure of imported microchips? What can protect us from unauthorized interference with the equipment topology, if its “stuffing” is completely foreign? Therefore, of course, the latest decisions on the development of the domestic defense industry should be considered only from the positive side. Moreover, since 1 January 2014, as we remember, the law on the federal contract system enters into force, according to which the share of small business in public procurement will be increased to 15%. The chances for effective import substitution in electronics today are largely connected with small and medium-sized businesses. ”

It should be noted that at least four more federal target programs have been developed and are already in operation taking into account the needs of Russian electronics: “Development of the defense industry”, “Development of electronic component base and radio electronics for 2008 – 2025 years”, “Development, restoration and organization of production of low-tonnage chemistry materials "And" Support, development and use of the GLONASS system for 2012 – 2020 years ”.

However, it is impossible to close on internal tasks alone. Modern electronic technologies can develop only under the condition of constant interpenetration of the achievements of various manufacturers. “Innovative development is possible only with an open enterprise model,” says Andrei Zverev. - More and more world-renowned organizations understand and accept this. And they are increasingly resorting to the creation of such open production models in which the organization interacts more closely with external counterparties and involves them in their business processes. The principle of open innovation should be a priority for the industry. The policy for managing R & D results should become more flexible. This is vital in order to have chances to enter the world market and consolidate their positions there. ”

Of course, any measures may be unsuccessful if young, promising scientists, engineers and workers do not come into electronics. In general, the personnel problem is one of the main ones for the industry.

“Russian electronics really lacks qualified specialists,” confirms Vladimir Gutenev. - In my opinion, this is one of the main constraints of the industry. Unfortunately, the reality is that through 3 – 4 of the year, if skilled personnel trained in modern technologies do not start to receive electronics, an irreversible decline in the industry will begin. We have everything to prevent this from happening. In Russia, there is still a school for training high-class specialists on the basis of a unique polytechnic education system. And it still brings results. ”
Such specialties as the developers of super-large-scale integrated circuits (VLSI) and systems on a chip (SNK) are called the most popular today. The demand for their services is extremely high. However, the proposal from Russian universities for trained personnel does not satisfy the demand of production workers.

Some foreign experts who have studied the Russian electronics market are confident that the domestic industry cannot survive without creating special training centers for enterprises. If this is not done, then the custom design process can also be severely slowed down, and after a couple of years it can collapse.

Finally, another serious obstacle to the development of domestic electronics is considered an acute shortage of young ambitious entrepreneurs and middle and top managers for the innovative development of the industry. Their absence makes it impossible to implement even the most promising industry projects demanded by the market for products and services. This task can be solved only with the most active participation of the state through a system of supporting programs and incentive grants.

Ctrl Enter
Noticed oshЫbku Highlight text and press. Ctrl + Enter
We are
Modern technology to ensure the safety of advanced basesThe fate of domestic electronics
41 comment
Information
Dear reader, to leave comments on the publication, you must to register.