Myths and legends of Afghanistan: stability after 2014 ...

November 15 2013
33
The closer 2014 is to the year, the more talk is about the consequences of the withdrawal of the so-called joint military contingent of international ISAF forces. In simple terms, begin (or rather, enter into the most active phase) reflections on what will happen to Afghanistan after the Americans leave it. And the main controversy revolves around the question of whether the radical Islamists (or the pseudo-Islamists) “trample” to the north - towards the Central Asian republics or not, and what to do if you still trample ...


For example, at a meeting with CSTO head Nikolai Bordyuzha, which took place last week, OSCE Secretary General Lamberto Zannier expressed the opinion that there would be no catastrophe due to the withdrawal of international coalition forces from Afghanistan, adding, as it were, to

... there are fears of a certain negative impact of the situation that will be in Afghanistan on the CSTO member states.

Such contradictory judgments of Mr. Zanier can be interpreted as follows: for Afghanistan itself, of course, there will be no negative - where there is much more negative, if literally every day blood is shed here, explosions thunder, inter-clan clashes occur and the economy does not get out of the knockout, but you should expect negative let's say, just north. A little to the north is, first of all, Kyrgyzstan, Tajikistan (CSTO members) and Uzbekistan with Turkmenistan (CSTO members are not, but having common borders with Afghanistan). The reason is that it is unlikely that the same Americans will leave Afghanistan just like that. It is absolutely unprofitable for them to leave the region with at least a ghostly chance of stability - and these are not groundless accusations against the United States, it is an assessment of their real activity in different regions of the world.

And in order to arrange political tectonics in a huge region from the southern provinces of Afghanistan to the Kazakh and southern Russian borders, today a lot is not needed. It is enough to retain control of the drug trade (traffic of Afghan opiates) to obtain more than impressive profits, arm the Afghan one, forgive my God, army and police, and even make a luxurious “gift” of used weapons and military equipment. Asian states. And that's it! Flywheel will start to work.

And the scenario of his work (if, of course, no one is going to stop this flywheel) looks like this: Afghan "soldiers" and "policemen", realizing that the role of the Afghan "army" and "police" in the face of American "partners" no longer needed, amicably outbid to hot friends of the Taliban and other radical organizations, and even weapons on hands. At the same time (according to the Libyan variant), some will consider that they have more rights, while others will try to select some of their rights with the use of at least small arms ... The result is toughening of clan strife, which will be cultivated for the time being American "instructors" who are trying not to lose the established control over the income from poppy plantations. By the way, the United Nations Office on Drugs and Crime, together with the Government of Afghanistan, published data that in 2013 for the production of opium, Afghanistan broke all records - the area of ​​illegal production (legal production - for medical purposes) of opium increased by as much as 36% from January to October. It is noteworthy that the real leader here is Helmand Province, where several ISAF military bases are located ... An interesting coincidence ... 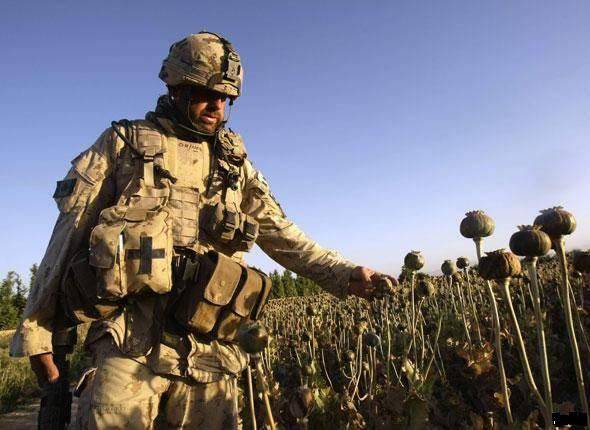 Let's return to the possible scenario. The American "instructors" will "work" in Afghanistan until it gets very hot. Further, their task can be reduced to how to redirect the desires of armed Afghan formations not only to fight with each other, but also to attacks, for example, in Tajikistan or Uzbekistan. Considering how “good” today is the relationship between Tashkent and Dushanbe, a small spark is enough here for a large powder keg to explode, hitting Russia with a blast wave, for obvious reasons.

What should be done to prevent such an explosion from occurring and to prevent the flywheel from moving. The states included in the CSTO are aimed at strengthening the southern borders. One of the priorities is the border between Tajikistan and Afghanistan. There are fears that it is she who will take the possible blow from the extremists who have felt freedom of action. In this regard, a number of measures are planned to provide military-technical assistance to the Tajik border forces, many of which are already being implemented.

But even if a full-scale strengthening of the Tajik-Afghan border is carried out, is there an 100% guarantee that the extremists will go in that direction? There may be a rush - yes, but 100% -guarantee, of course, no and can not be. The leaders of the motley Afghan factions, perhaps of the military academies, did not finish, but they were not born yesterday either, to go head-on. There are other options for moving north - through the same Uzbekistan, which has suspended its membership in the CSTO and, judging by the words of the representatives of the Uzbek authorities, is not going to the Organization. It is not going yet ... There is, as already mentioned above, also Turkmenistan, which at the end of last year agreed with Uzbekistan on joint protection of borders.

However, today the authorities of Uzbekistan are not inclined to believe that any major threat will emanate from Afghanistan if they immediately start restoring the economy of the IRA (Islamic Republic of Afghanistan). Sadik Safayev, the head of the foreign affairs committee of Uzbekistan, said the other day who, after his visit to Tashkent Valentina Matvienko, criticized the words of the speaker of the Uzbek senate Ilgizar Sobirov about the “positive attitude of the Republic towards a possible entry into the Customs Union”.

Safayev believes that the countries of the region should now throw all their efforts on economic assistance to Afghanistan - to help restore roads, promote the opening of new jobs in the IRA, and develop agriculture. This, according to Safayev, will lead to stability in Afghanistan - there after peace "peace" will prevail peace and prosperity ...
Well, the idea is, of course, altruistic ... Only now, firstly, the “agriculture” of Afghanistan is unlikely to be given to Uzbekistan by the American “partners” - this economy is really profitable for them ... And, secondly, the “fraternal” help will be whom? Does Mr. Safaev really believe that after 2014, an independent government will work in Afghanistan? If he thinks so, then his optimism can only envy.

Meanwhile, interesting information about the withdrawal of the ISAF contingent comes from Afghanistan itself. The press secretary of the IRA president, Imal Faizi, said:

Despite the fact that in 2014, most of the foreign forces will leave the territory of the IRA, the country will not be abandoned, since NATO and the US intend to continue their presence in Afghanistan as part of the new mission.

I wonder if this is the mission, the scenario of which is given above ...

At the same time, the press secretary of Hamid Karzai stressed that he did not understand those people who expressed doubts about the real fighting capacity of the Afghan army and the opposition of this army to extremists. According to Faizi:
The situation in this area has changed over the past year.

After these words of the head of the press service of the head of the Afghan state, acts of terrorism were committed in the Ghazni province (a car was blown up near the police station) and Helmand, a meeting of Taliban leaders was held in Islamabad, the Kajran district in Daikundi province came under the control of the Taliban , in the province of Badakhshan, the activity of Turkmen (as it sounds in the official summary) militant groups was noted, statistics was released on the increase in the number of casualties among the civilian population of Afghanistan by 16% from January to September s and that the police IRA 70% can neither read nor write. 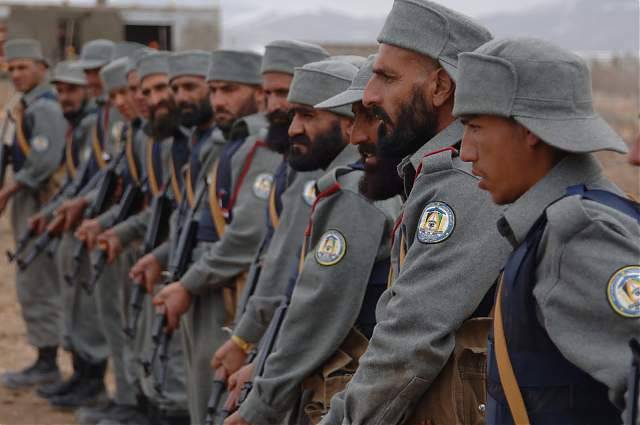 The situation has changed…

Ctrl Enter
Noticed a mistake Highlight text and press. Ctrl + Enter
We are
Situational analysis of the death of the MH17 flight (Malaysian Boeing 777), made on the basis of engineering analysis from 15.08.2014ISAF: leave Afghanistan without consequences
33 comments
Information
Dear reader, to leave comments on the publication, you must to register.