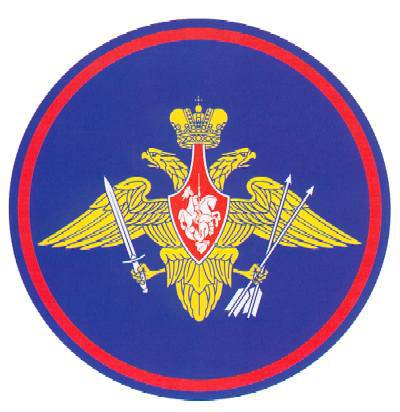 
According to the Office of the Press Service and Information of the Ministry of Defense of the Russian Federation, until 2020, the main attention will be paid to the rearmament of the RKhB defense units with new types of special equipment: the RKhM-9 reconnaissance chemical vehicle on the Boomerang base platform; special processing complex aviation and large-sized missile technology ("Messenger-H1"); multifunctional station of special processing on the base platform "Typhoon".

Currently, retrofitted missile compounds are being re-equipped with a reconnaissance chemical machine (РХМ-9).

The reconnaissance chemical machine is designed to carry out the tasks of conducting radiation, chemical and non-specific biological reconnaissance with the transmission of reconnaissance data through the channels of the automated command and control system and radio communication channels to command posts. It is capable of measuring the exposure dose rate of gamma radiation on the ground, the radioactive contamination of military equipment and weapons, objects and samples, as well as the detection and determination of toxic substances at a speed of conducting this type of intelligence about 30 km / h, and when moving afloat - at a speed of about 10 km / h.

This technique also detects aerosols of biological agents. Having modern switching equipment, the RCM collects, processes and transmits information about the radiation, chemical and biological environment into an automated troop control system.

Organizationally, the RCBZ of the Strategic Missile Forces serve around 800 military and civilian personnel. In service is more than 200 units. special machinery.

Ctrl Enter
Noticed oshЫbku Highlight text and press. Ctrl + Enter
We are
ARMY-2016. The latest complex of biological protection
23 comments
Information
Dear reader, to leave comments on the publication, you must to register.