November 14 2013
5
In anticipation of the transfer of the Russian submarine of the 4 generation “Severodvinsk” to the Russian Navy, one can pay attention to a number of domestic submarines that were designed in the famous Malachite Central Design Bureau and are the predecessors of the 885 project. We are talking about the submarines of the 1710 "Makrel", 705 "Alpha" and 971 "Shark" projects. This article will focus on the research submarine project 1710 "Mackell".


The development of multi-purpose high-speed submarines is almost impossible to imagine without full-scale tests and experiments that would allow us to work out new technical solutions with a guaranteed high degree of success when they are introduced into the design of serial submarines. The United States already had its own research submarine Albacore in the 1960s, various experiments were carried out for a long time on this boat and scientific research was conducted in the interests of the American fleet. At about the same time in the USSR, experts realized the need for a special research submarine in the Soviet fleet. The priority in the use of such submarines should have been research in the areas of controllability, acoustic invisibility, propulsion, power plant and hydrodynamic aspects, development of new layouts of torpedo tubes.

For the first time, the idea of ​​developing a special laboratory boat, which could be used to fully evaluate the entire physical picture of the flow and record all the necessary parameters for various driving modes and using various means of reducing drag and propulsion, was proposed by SKB-143 specialists in 1960. This idea quickly received support from the Academy of Sciences of the USSR and was fully approved in 1962. 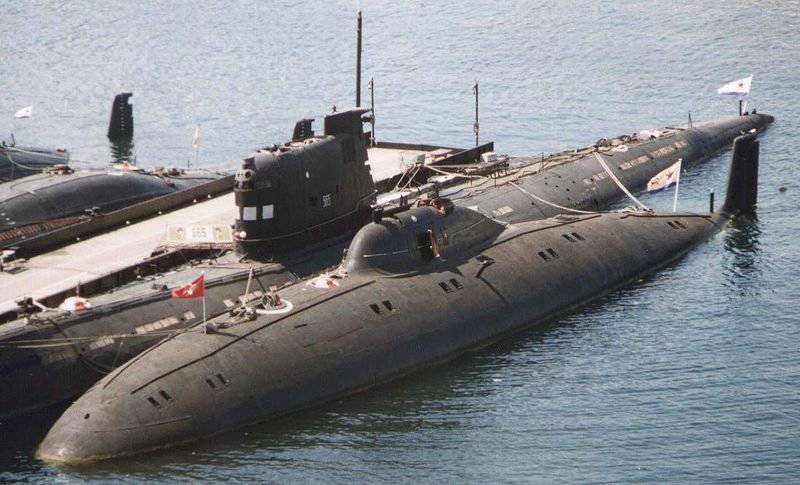 Developed in the Soviet Union, the submarine was intended to carry out field tests, which were associated with new ways to reduce resistance. The boat was supposed to be part of the fleet test facility, which was created on the Black Sea. It was also planned to carry out various studies in the field of hydrodynamics. On the boat should have been installed a huge amount of newly created research equipment and apparatus.

Taking into account the rather specific operating conditions of the submarine and to obtain the highest underwater speed and the smallest displacement of the boat, its design was carried out in compliance with the following provisions: the submarine ruled out the deployment of weapons systems, it had a limited navigation area for testing and low autonomy be small in number. During the design, the Soviet designers provided for the possibility of carrying out a phased re-equipment of the ship for various types of tests. In order to accelerate the construction of the submarine, it was planned to make the most of the equipment that was already well mastered by the Soviet industry.

In 1985, the Leningrad Admiralty Association finally started building the 1710 “Mackrel” boat. 22 October 1985, the boat was laid, 5 October 1986, her launch. After this, the construction of the submarine was carried out on the territory of the Novo-Admiralty plant, the boat was completed afloat. 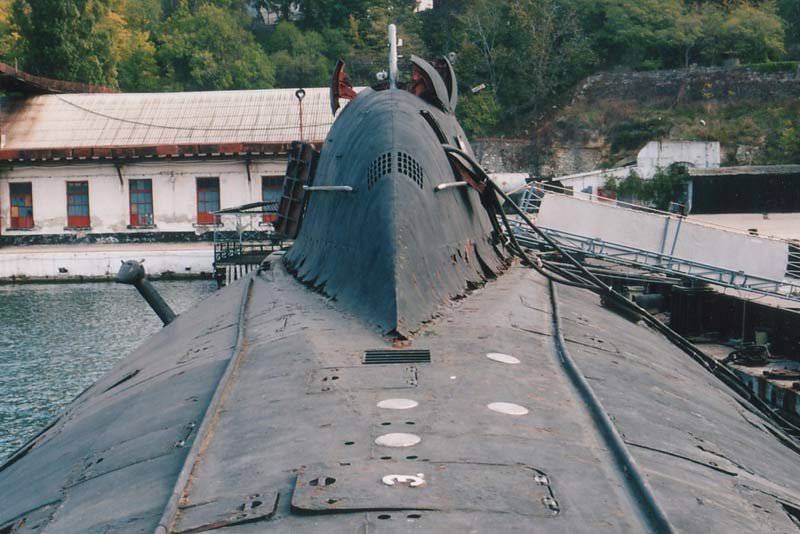 Mooring trials of the 1710 project research boat took place from October 14 to November 23 on the 1986 of the year, and from the end of the same year and on October 29, the factory trials of the boat began immediately after its transportation. The boat was delivered to the Black Sea in Balaclava by inland waterways. 1987 December 19, the ship was officially incorporated into the Black Sea Fleet of the USSR. Experimental studies on the boat were completed after the collapse of the country in 1987. After only a few years of operation and experiments, the ship was not needed. In 1992, the boat was taken out of service of the Black Sea Fleet and disposed of in Sevastopol.

In total, tests of 3 types of removable radomes of the main antenna of the GAK (hydroacoustic complex) were conducted on this submarine. To reduce the level of acoustic noise on the internal bulkheads and on the outer contours of the boat hull, special sonar coatings of the materials “Helmet” and “Finnik-78” were used. To reduce the level of water resistance, a special polymer solution was introduced into the boundary layer along the entire light hull of the submarine and periscope fencing, which reduced the resistance (the speed of the boat increased without changing the power of its DEU). This system consisted of a polymer paste storage tank, annular slit-like structures of a light boat hull and equipment: a centrifugal pump used to supply seawater; piping supply solution to the slots; screw pump for feeding pasta to mixers. 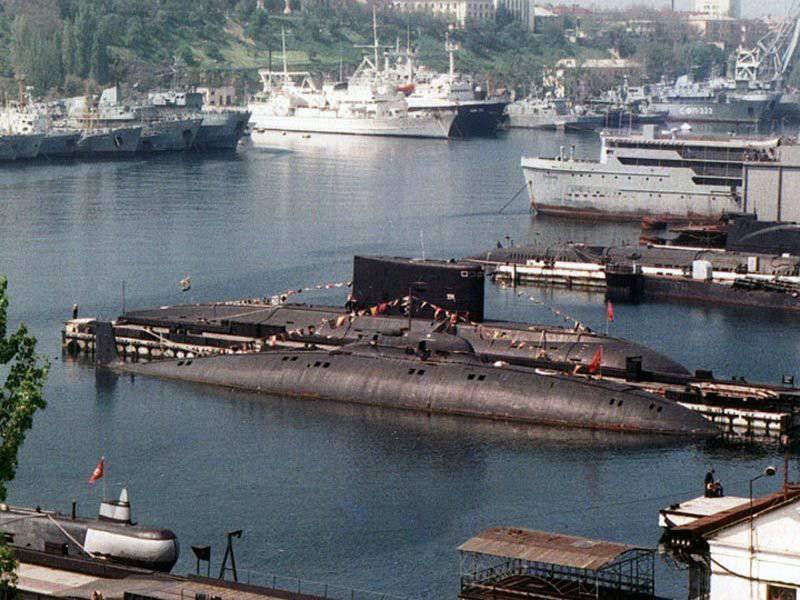 Special polymer paste was placed in a storage tank with elastic containers. In the cavity between these tanks and the bulkheads of the tank was sea water, which replaced the paste as it was consumed. When starting the system, pasta and seawater were supplied to the mixer. The resulting solution was transferred through pipes to precast cofferdams, after which it went to slots in the light hull of the boat, stabilizers, fence of retractable devices and to the propeller. Hydrodynamically active polymers have been developed based on acrylamide and polyethylene oxide.

All this contributed to the achievement of the main goal of the tests, which consisted in assessing the effect of the supply of polymer solutions in the boundary layer. It was found that the hydrodynamic resistance at the same time steadily decreased, and the speed of the boat could be increased while maintaining the constant power of the main power plant. At the same time, information was obtained on ways to reduce hydrodynamic interference in the operation of the SJC at a high speed boat course. Also, thanks to the 1710 boat, we were able to test new methods for calculating the acoustic field of the submarine and calculating the propellers.

Ctrl Enter
Noticed oshЫbku Highlight text and press. Ctrl + Enter
We are
Bars submarineSubmarine Lamprey
5 comments
Information
Dear reader, to leave comments on the publication, you must to register.