November 14 2013
64
Once Dagestan was actually a center for the production weapons. In the old days, the mountain republic was called the "forge of arms" of the Caucasus. Now everything has changed a lot, the master has not yet been translated, but the weapon craft is on the verge of extinction. 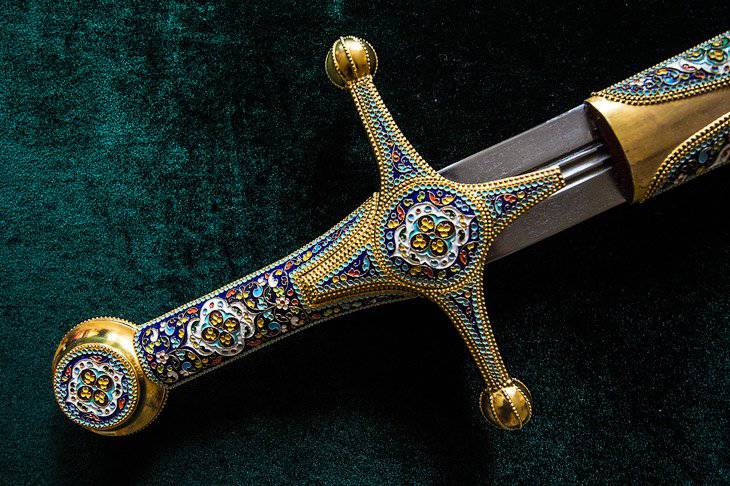 I arrived in Makhachkala one day later than the main film crew, and could not get acquainted in detail with the work of the gunsmith, who, according to the plan, spent the night. We drove in for the filmmakers early in the morning, and in 10 minutes I ran around the workshop and took some photos. Then, in different villages, I met several people who are somehow connected with the weapon business and were shooting something. Of course, a certain mix came out, but still, quite interesting, worthy of a deeper and more detailed study. Next.

Before you make another sword or a saber, first sketches are drawn, the form and patterns are worked out, down to the millimeter. Only then begins work with the metal: 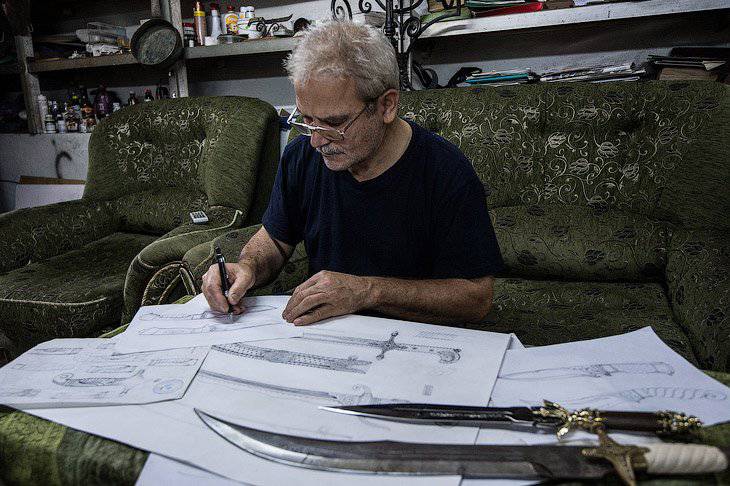 Wall with samples of different weapons in the workshop: 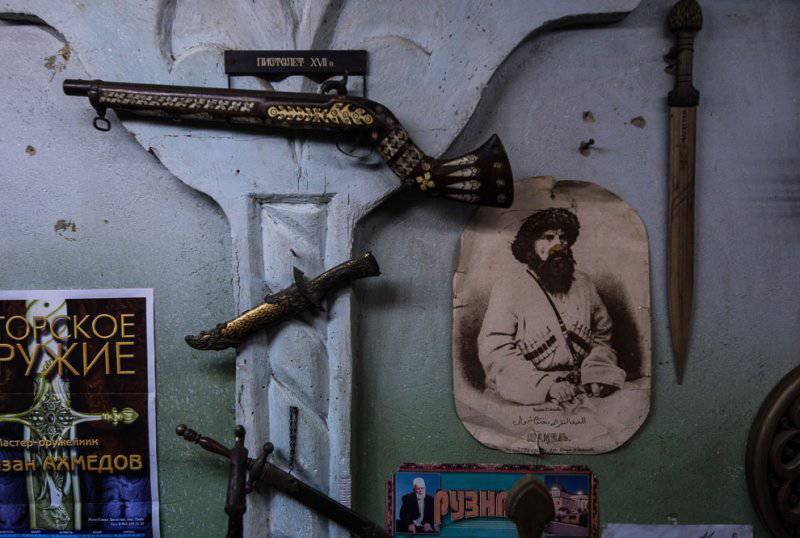 Father has several sons. Since childhood, they adopt the skill, as they say from grandfather to father, from father to son. But the tendency today is such that children are increasingly looking at the TV or IPhone and the delights of sitting behind the machine already attract few people. Masters earn money not so much: 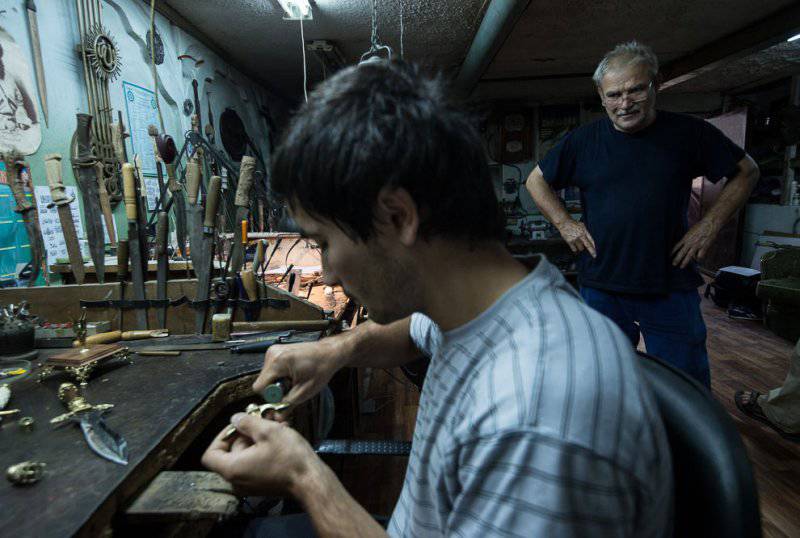 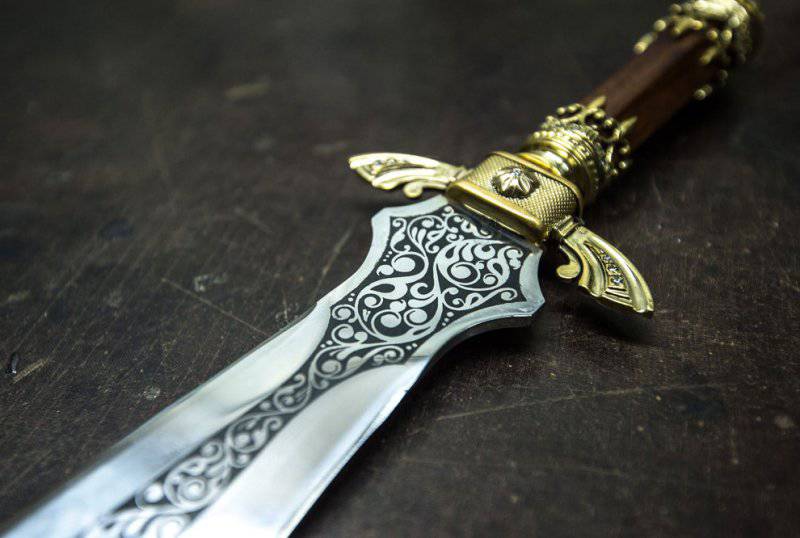 In one aul, we were shown a real quaden sword. A fragment of this sword, decorated with cloisonne enamel on the title photo of the post: 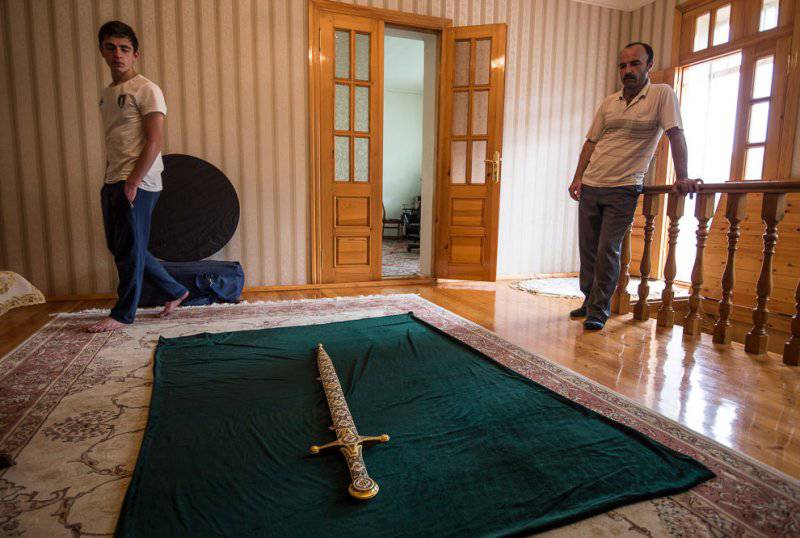 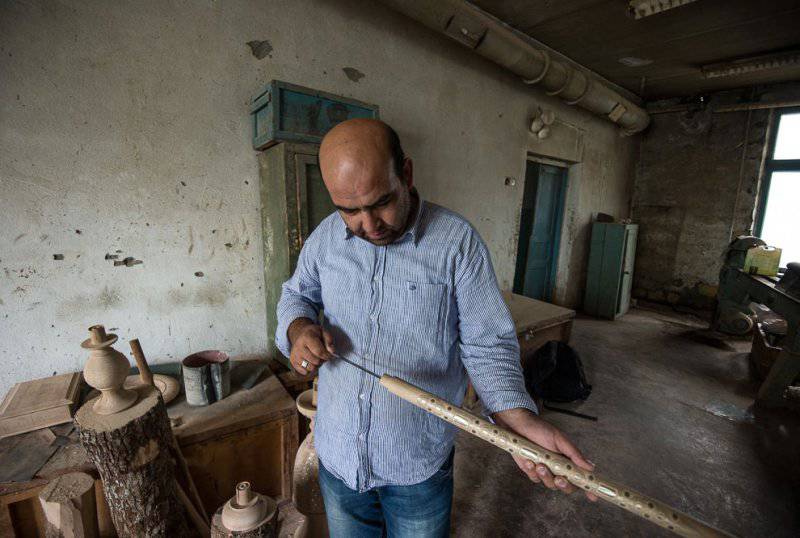 Such a “secret” does not seem to be enough: 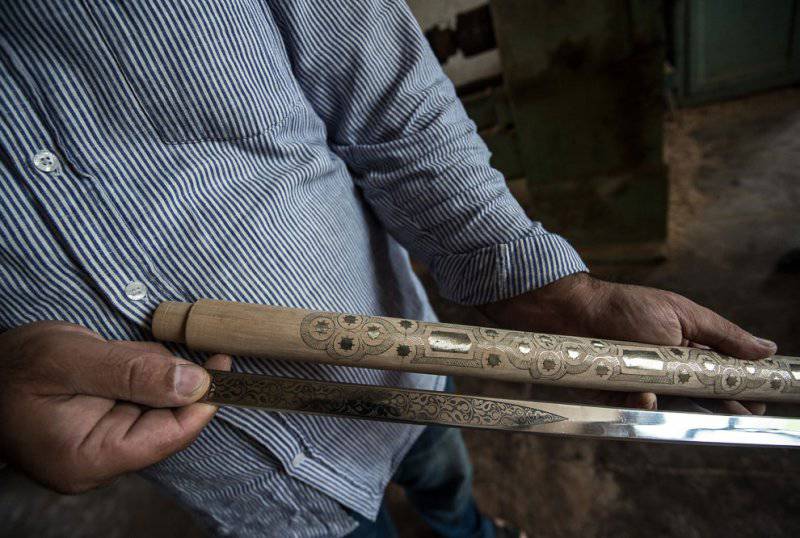 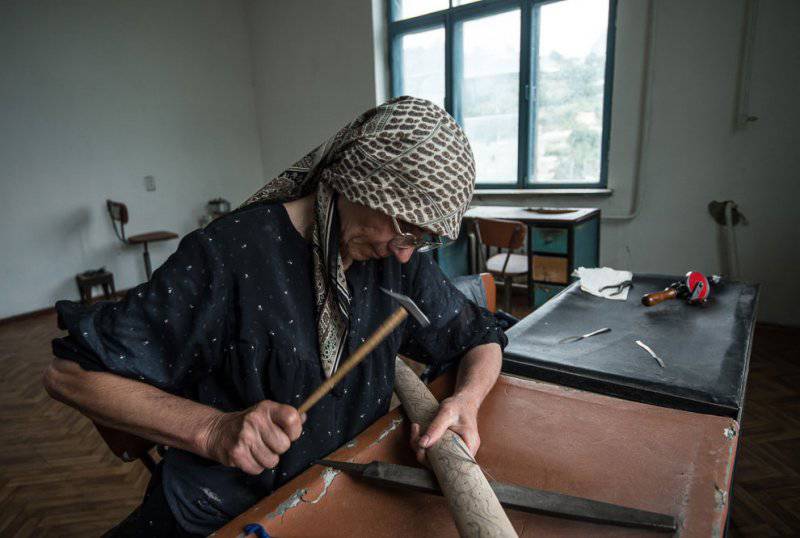 What would have been clearly seen, sfotkal large one wooden vase which is also decorated with a wire pattern. Here you can see that the whole pattern is thin wire hammered into a tree: 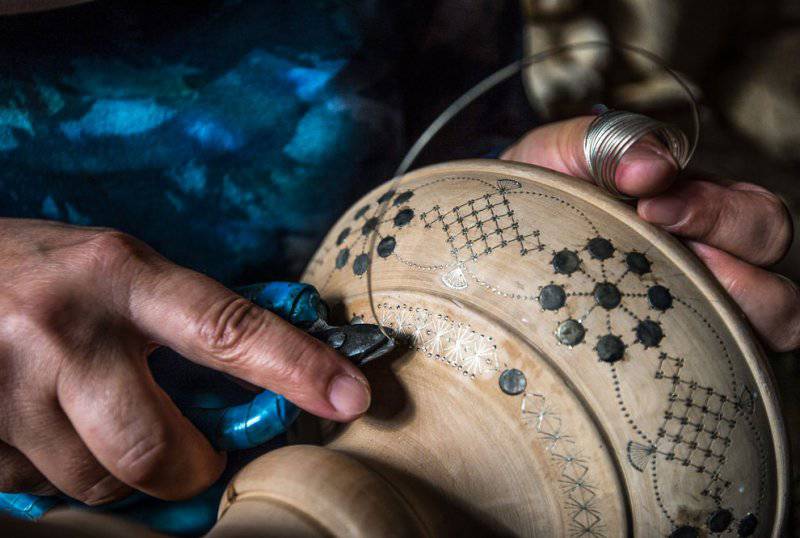 And here is another master who makes pistols and shotguns. In the photo, he solves the pen to the gun: 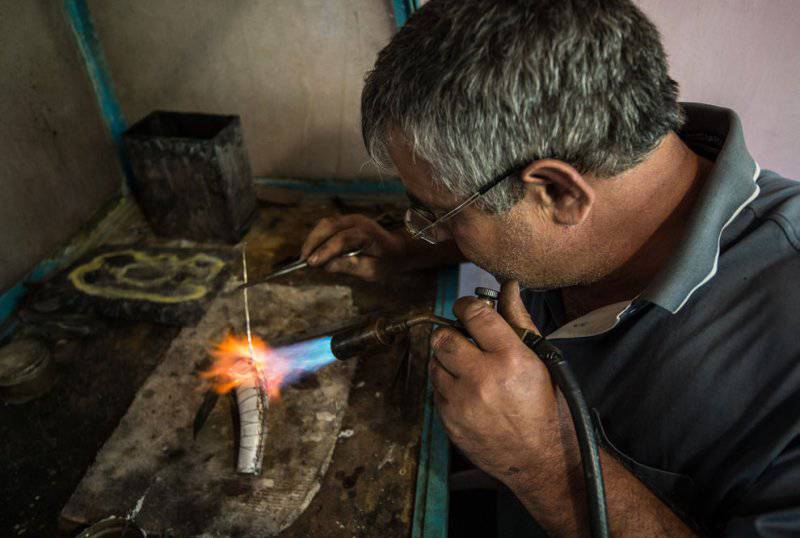 So he will have such a cool gun then. Very beautiful thing: 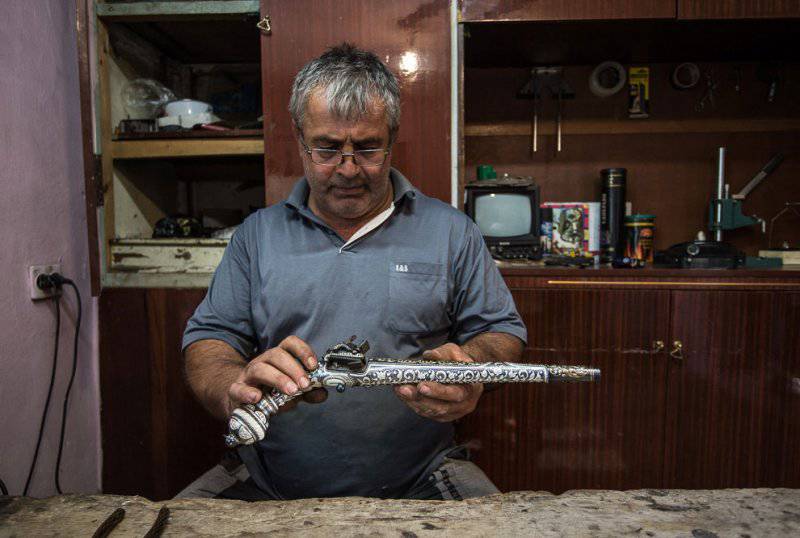 At first I thought it was a sham, but no. It has a working mechanism, and there is silicon, from which a spark is cut: 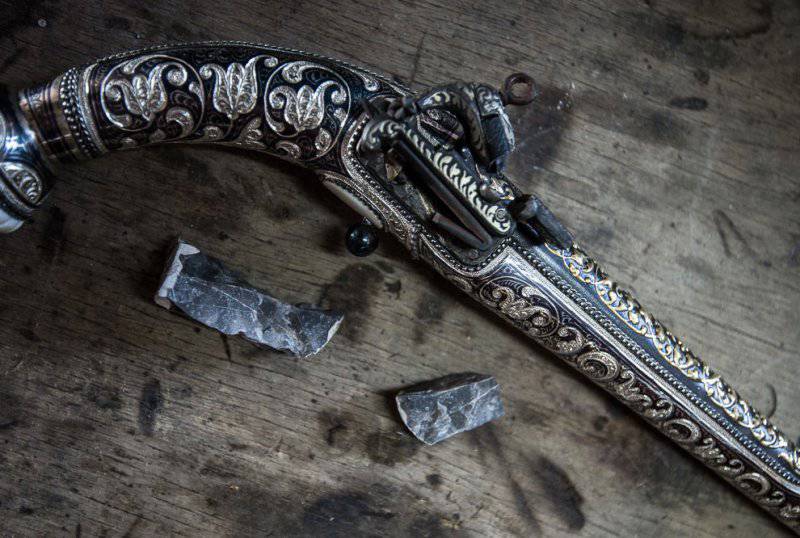 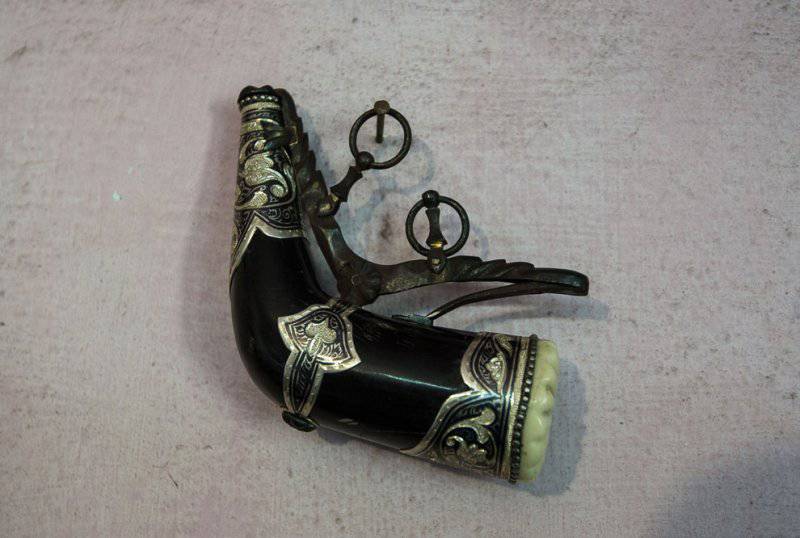 And one more exhibit - a gun! 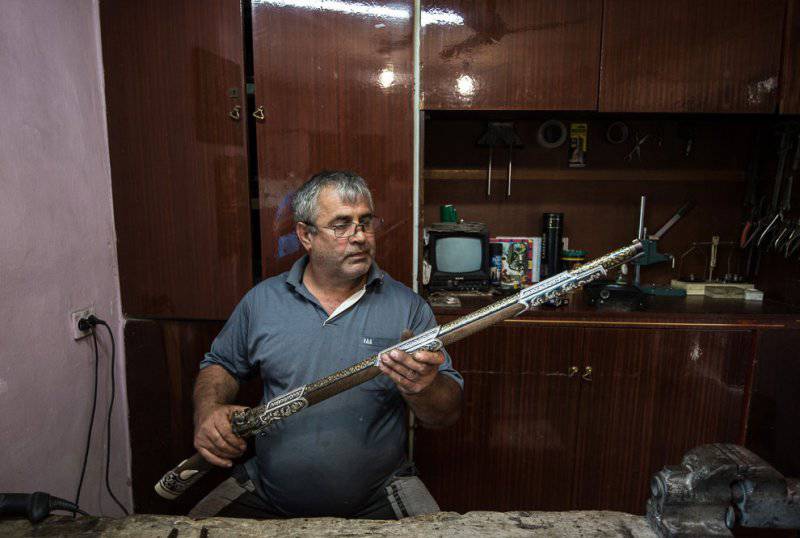 Being in Dagestan, we looked into the city of Kizlyar. For half an hour we were allowed to see the production of knives in modern workshops. This is how a modern factory works, practically without manual labor, stamping. True, Kizlyar has individual models, single-piece, or as they say, designer ones, to which a lot of human effort and talent is attached. But this again, piece goods. Anyway...

The machine according to a given program embroiders a cross) Sandblasting cuts 5 mm steel like scissors paper, impressive: 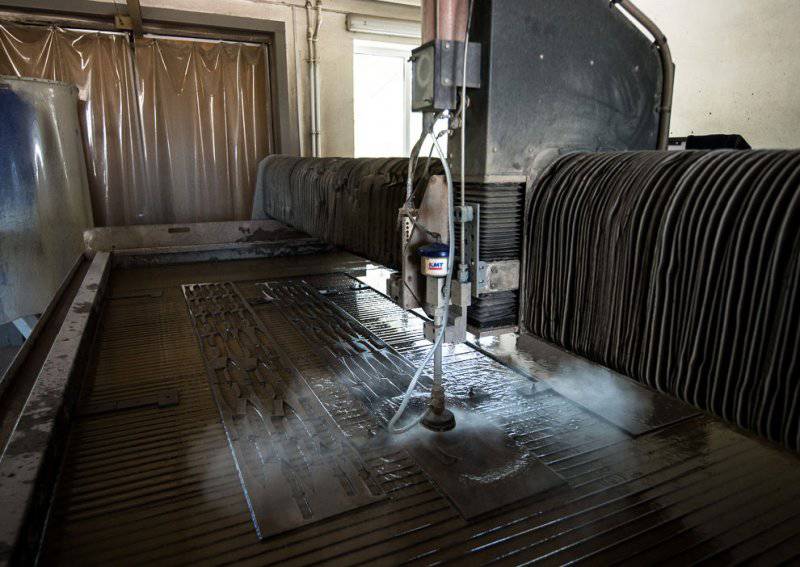 Piles of blanks of which then make a bunch of knives. The pun turned out) 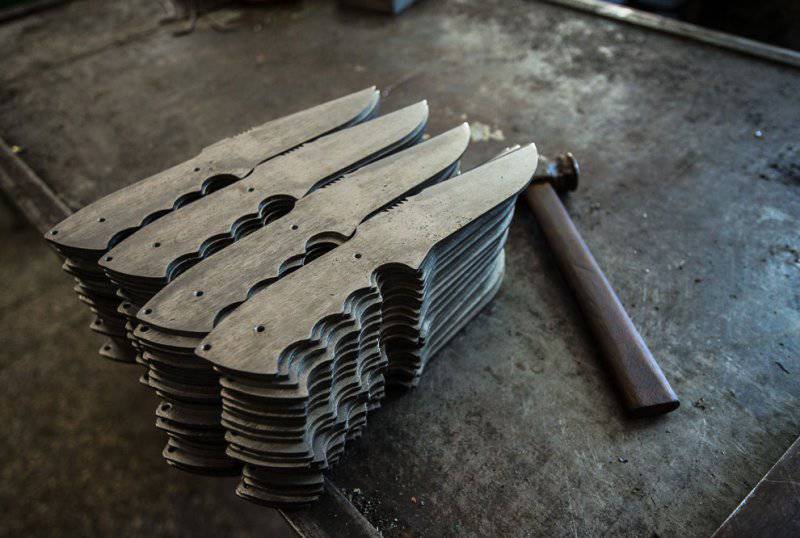 People work at the machines, not like their colleagues in their workshops: 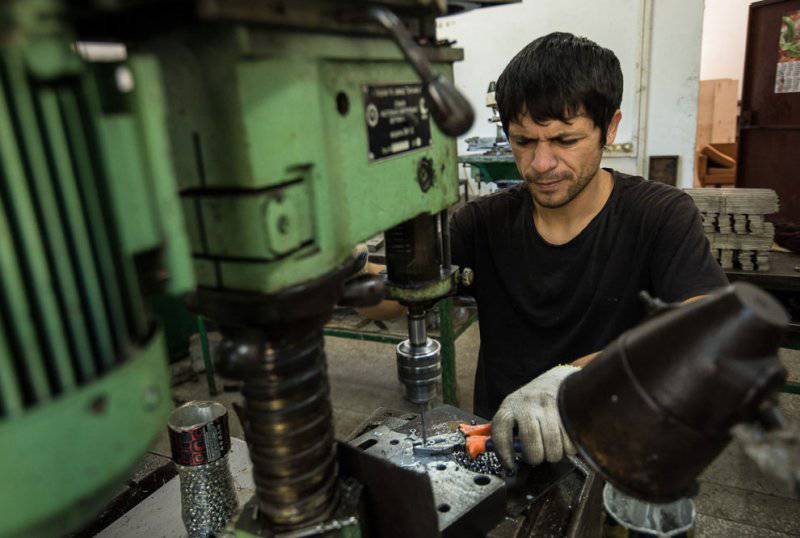 Here in this workshop we met a real blacksmith. His products are valued several times more expensive: 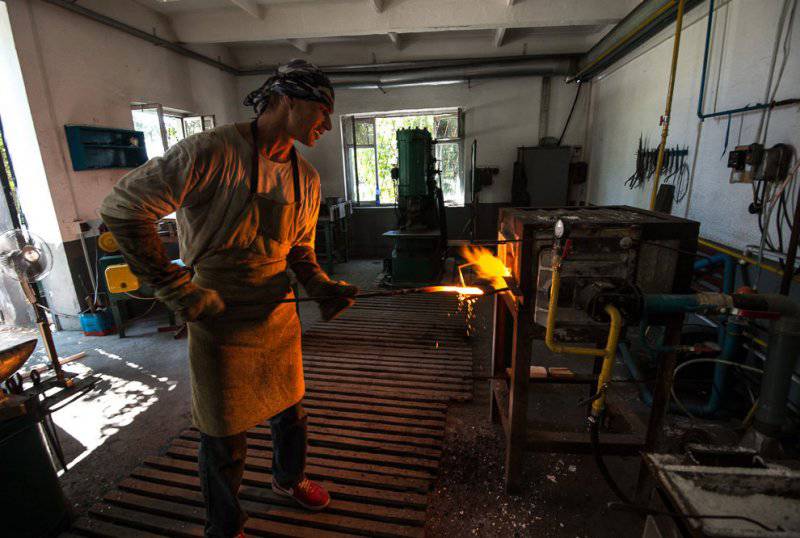 And I was standing next to a T-shirt without sleeves ... 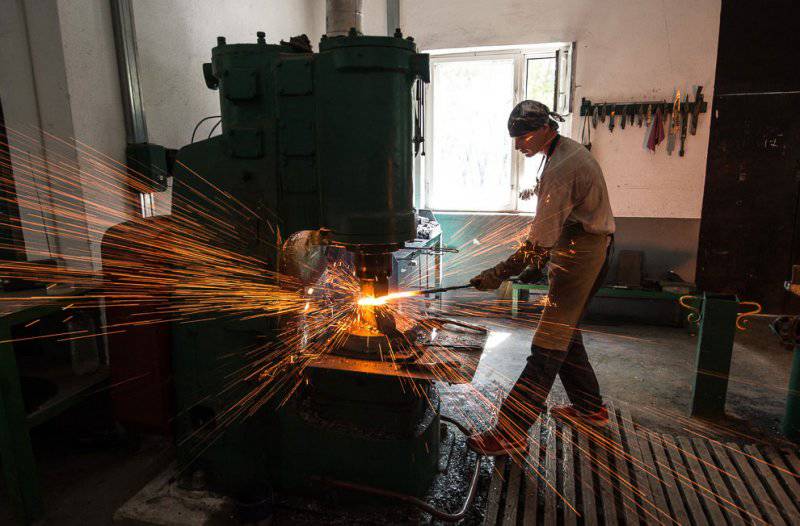 Now a woman is involved in this type of work. Blade Ornaments: 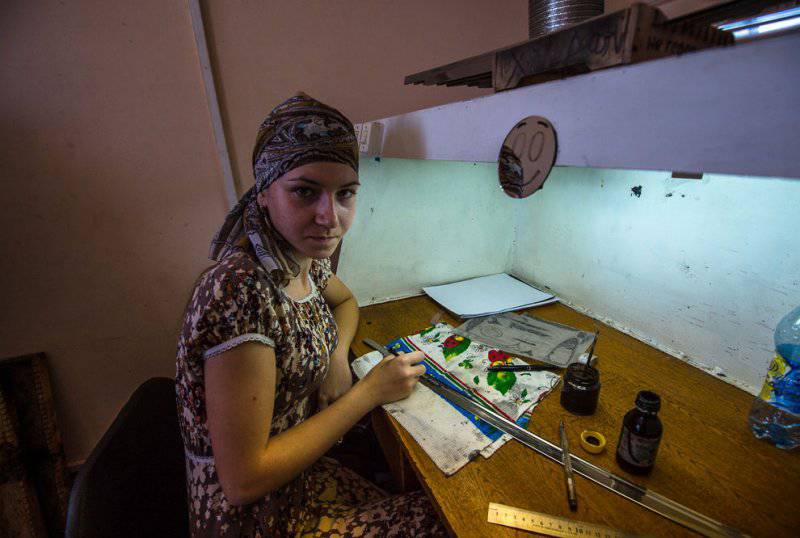 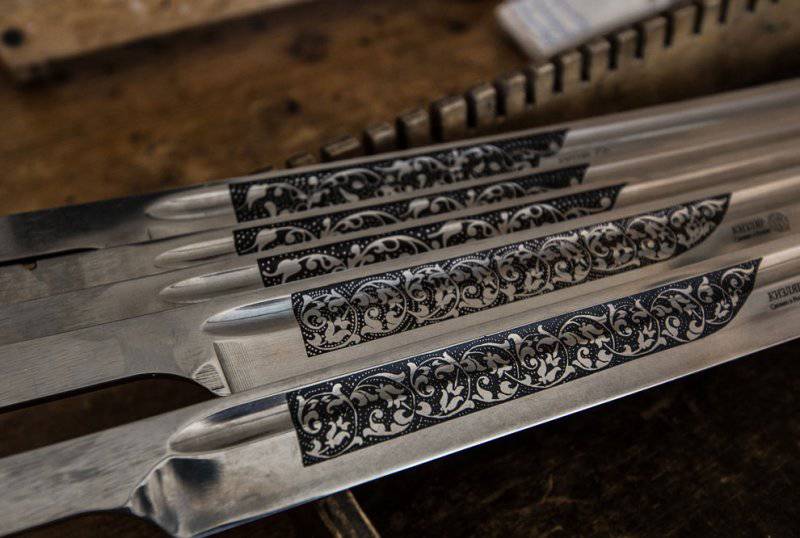 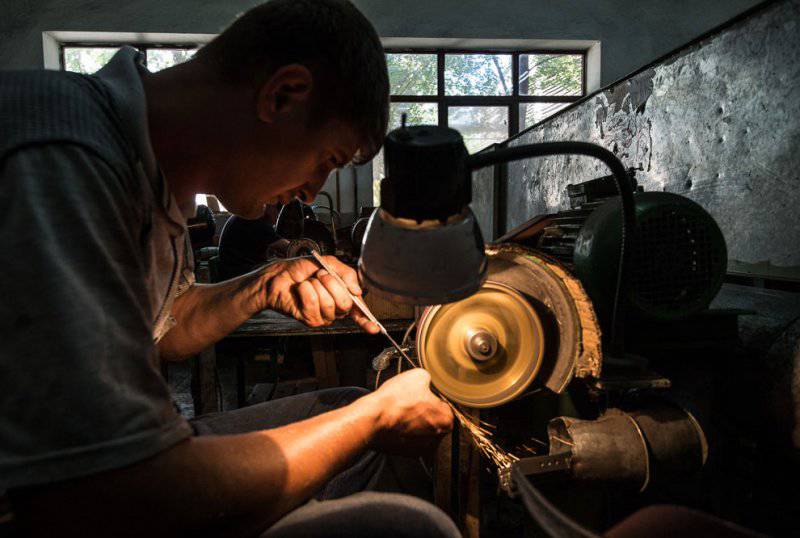 On finished knives, they write with the laser the name of the product, the logo, and there may be some kind of drawing that is incorporated by the program: 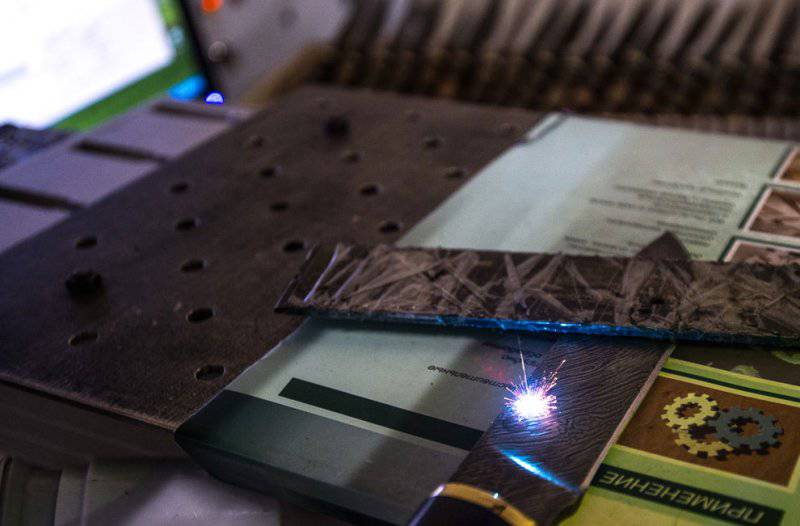 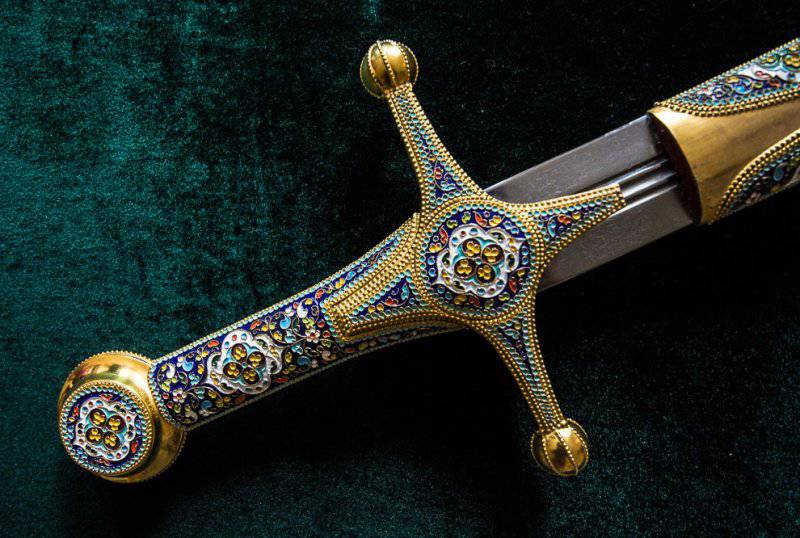 Ctrl Enter
Noticed oshЫbku Highlight text and press. Ctrl + Enter
We are
Gunsmiths of DagestanA selection of photos of the Great Patriotic
64 comments
Information
Dear reader, to leave comments on the publication, you must to register.