Stable source of income for our defense industry


According to the established practice, the end of the year is the time for making important decisions in Russian-Chinese relations. During this period, regular meetings of the heads of government of the two states and annual meetings of the bilateral intergovernmental commission on military-technical cooperation are held. This year, Russia and China managed to reach important agreements in the trade and economic sphere, increasing the supply of Russian oil to the PRC, including the Rosneft and Sinopec memorandum on the supply of 100 million tons of oil over ten years starting from 2014.

The basic terms of the contract between NOVATEK and CNPC on the supply of liquefied natural gas were signed, while CNPC received 20 percent of the shares of the Yamal LNG project, the implementation of the Rosneft project and CNPC for the development of oil refining in Tianjin continues, there are hopes to conclude a supply contract gas in China between Gazprom and CNPC until the end of the year. During a visit to Russia by the Russian Prime Minister Dmitry Medvedev in October, 20 joint documents were signed in various fields.

Building up raw materials imports from Russia is not only an economic but also a strategic choice for China. All negotiations on such transactions last for many years and are held in an extremely tense situation because of the rigidity of the Russian side. The seven-year talks between Gazprom and CNPC on the supply of pipeline gas are a good example. At the same time, as the military-political situation deteriorates along the perimeter of its borders, China is increasingly pursuing a policy of diversifying its sources of supply and routes for the supply of raw materials, primarily energy. For China, it is important not only to reduce dependence on energy supplies from the unstable Middle Eastern region, but also to reduce the share of resources entering the country through the vulnerable maritime arteries, primarily through the Strait of Malacca. Beijing and Moscow are boosting the development of trade and economic ties. In 2012, China was already Russia's largest trading partner (if not considering the EU as a single economy) with a turnover of more than 87 billion dollars. The parties plan to increase trade turnover to 100 billion dollars in 2015 year.

The same combination of military-political factors, which promotes the rapprochement of Russia and China in the sphere of international politics and economy, leads to a new revival of the Russian-Chinese military-technical cooperation. The thesis of the decline and gradual inevitable attenuation of Russian-Chinese military-technical cooperation was almost universally accepted in the middle and second half of the 2000s. Now we can confidently say that the recession is a thing of the past. Russian military exports to China have embarked on a steady growth trajectory. It has already reached a level comparable to the golden age of the bilateral military-technical cooperation of the 90s - early 2000s, and has a chance to beat historical records of the post-Soviet era in the coming years.

With the similarity of the nominal export volumes, the fundamental difference from the 90's period — the beginning of the 2000's — is an insignificant share of military exports in the structure of Russian-Chinese cooperation. In 90, this was one of the main trade items and the foundation of the entire bilateral partnership. After the breakthrough of Russian exporters weapons In the 2000-s, the share of China in the structure of exports dropped sharply to new markets. In November, 2012-th Deputy Director of the Federal Service for Military-Technical Cooperation (FSMTC) of Russia Konstantin Biryulin said: "The share of China in the total volume of military-technical cooperation between Russia and foreign countries is now over 15 percent." In an interview with 2009, Rosoboronexport general director Anatoly Isaikin noted that at the peak of cooperation with the PRC over the past decade and a half, China acquired up to half of all our military exports worth up to 2,7 billion dollars a year. According to known data, the peak of Russian defense exports to the Middle Kingdom took place in the early years of the last decade.

Thus, China continues to be a prominent partner, the second largest export after India, but does not have the same key value for the survival of the Russian defense industry. We add that according to last year’s statement by Deputy Prime Minister Dmitry Rogozin, in the revenue structure of the domestic defense industry, exports account for only 22 percent, domestic defense orders - 45 percent and defense products - 33 percent. The growth of domestic orders, export diversification and the development of civilian enterprises of the Russian defense-industrial complex enterprises have reduced the dependence on the Chinese market and now give the Russian side considerable freedom in discussing the terms of cooperation.

Currently known data suggests that in the 2011 year, Russian exports of drug products to China exceeded 1,9 billion dollars, while in 2012, it further increased. As for the newly concluded contracts, it is known from the statements of the management of Rosoboronexport - out of the total volume of the new 17,6 contracts, one billion dollars to China accounted for 12 percent. This means that contracts totaling over 2,1 billion dollars have been awarded.

The content of contracts with a total volume of 1,3 billion dollars is reliably known. Of this amount, $ 600 million accounted for a contract for the supply of 52 Mi-171E helicopters to China and $ 700 million for a contract for 140 aviation AL-31F engines used on Chinese-made Su-27 and Su-30 fighters, as well as Chinese-made J-11B / BS, J-15, J-16 aircraft. The contents of the contracts totaling $ 800 million are unknown. We can assume that we are talking about a large number of relatively small contracts for conducting R&D in Russia in the interests of the defense industry of the People's Republic of China, as well as for delivering less expensive than engines, materials and components for various Chinese systems (electronic components, components for rocket, aviation and naval equipment, etc.).

With engines in the PRC problems

The supply of aircraft engines remained at a relatively high level over the entire previous decade and in the next few years, as representatives of Chinese industry themselves admit, will not significantly decrease. In fact, they have a chance to grow significantly. While the final manufacturers of aviation technology in the PRC have achieved impressive successes, the aircraft engine industry remains one of the bottlenecks in the development of the Chinese military-industrial complex. Currently, all three base generation fighters produced in the country use Russian-made engines: AL-31F for J-11B, AL-31FN for J-10, RD-93 for FC-1. 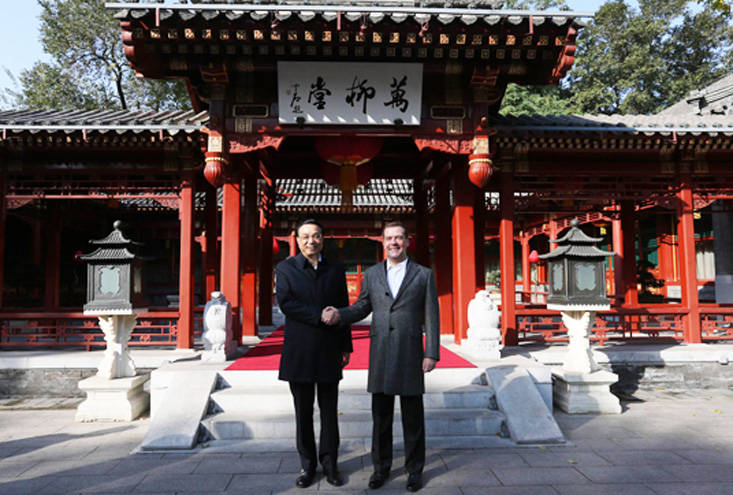 We add that the newest Chinese long-range bomber H-6K also uses the Russian D-30KP2 engine. He was also chosen as the engine of the first stage for the promising Chinese heavy military transport aircraft Y-20, the flight tests of which began at the beginning of the 2013. The total number of D-2009KP2011 engines contracted by the Chinese in 30 and 2 is 239 units, deliveries continue. The only mass-produced modern Chinese combat aircraft using Chinese-made engines is the JH-7 front bomber — it uses the WS-9 Qinling engine, the licensed version of the British Rolls Royce Spey Mk 202, and the Chinese took about 30 years (the first batch of engines and license were purchased in 70-s, mass production of a fully localized version began in 2004-m).

Problems in the aircraft engine industry are the subject of constant attention of the top leadership of the People's Republic of China and considerable resources are devoted to their resolution. The Chinese achieved some success in the development of the engine-building industry. At the beginning of the 2000-s, the first self-developed engine WP14 Kunlun went into series, the limited production of engines for fourth-generation WS-10A Taihang fighters was launched, and in recent years, new engine models for combat training aircraft, helicopters and UAVs were created.

However, against the background of the rapid growth of the number and combat potential of the Air Force and Navy aviation of the People’s Liberation Army of China, the sharp intensification of the processes of combat training of these successes is not enough. So, the resource of Taihang engines before the overhaul at the end of the 2012 year did not exceed 300 hours. According to representatives of the Chinese industry, the flight personnel of the country's air force is experiencing psychological discomfort when flying using Chinese engines. The final manufacturers of aviation technology, as a rule, strive to conduct flight tests of new models only with imported engines in order not to risk expensive prototypes. Installation on experienced Chinese-made engines usually requires special efforts from the management of the aviation industry corporation AVIC.

As a result, even the serial production of engines for fourth-generation aircraft is limited and rather serves the accumulation of experience and ensuring the minimum technological safety of the PRC in case of a sudden deterioration in relations with the Russian Federation. Meanwhile, two samples of fifth-generation Chinese fighters, the J-20 and J-31, are in the flight test stage. Therefore, China is already showing interest in obtaining the next generation of Russian aircraft engines, in particular 117С, used on Su-35. It should also be noted that almost all export aircraft and civilian aircraft produced by Chinese industry are equipped with imported engines.

As for transport helicopters, although China is increasing the production of its own Z-8 family machines (a copy of the Aerospatiale AS.321 Super Frelon), which are approximately in the same weight category as the Mi-17, these helicopters do not have quite satisfactory characteristics and use imported engines manufactured by Pratt & Whitney of Canada. They give the PRC a certain degree of independence in the production of transport helicopters, but are unsuitable for the role of "workhorses" of the Chinese army aviation. Along with the purchases of transport helicopters, one can expect the continuation of limited acquisitions of special-purpose rotary-wing aircraft of the Kamov company, the creation of complete analogues of which in China in a short time is unlikely or impractical.

The constant direction of cooperation is joint R & D or R & D conducted in Russia in the interests of the PRC. Among the fruits of such works are such important Chinese weapons systems as PL-12 air-to-air missiles, HQ-16 air defense missile systems, L-15 combat training aircraft, WZ-10 combat helicopter, FC-1 tactical fighter, 054 frigate of and this list is far from complete. According to statements by Rosoboronexport management, the number of requests for R & D by the PRC is growing. The content of current projects is not disclosed, but perhaps in the future we will learn about new impressive Chinese systems created with Russian help.

Finally, the prospects for the resumption of large-scale deliveries to the PRC of certain types of ready-made Russian weapons systems, in the sphere of trade in which in recent years have been declining, are real. Contracts on the following topics are at different stages of development:

Ctrl Enter
Noticed oshЫbku Highlight text and press. Ctrl + Enter
We are
List of destroyed the largest and most high-tech enterprisesThe past, present and future of Russia's energy strategy
32 comments
Information
Dear reader, to leave comments on the publication, you must to register.