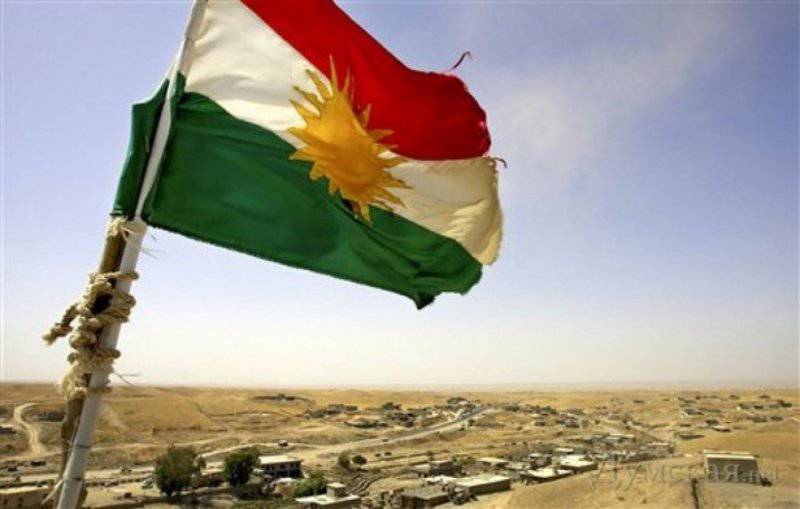 The problem of Iranian Kurds is serious enough for modern Iran, and I would not even dare to refer it to highly specialized issues. But the point here is that in the modern press, both Russian and foreign (including Iranian)This problem is given a very small place. And many people, even from among those who are interested in modern Iran, are not aware of this. Although this topic is very, very interesting.

The “Kurdish question” is acute for many countries in the Middle East. This directly concerns Turkey, Iran, Syria and Iraq. The problem here is that the multi-million Kurdish community does not have its own state. The map of the Middle East over the past thousand years has been drastically redrawn dozens of times, but the Kurds did not find a place there. As a result, the Kurds remain the largest nation in the world, not having their own national state. Iraqi Kurdistan, in which de facto power belongs to the Kurdish community, is still legally controlled by official Baghdad. In fact, that part of the Kurdish community that rules in Erbil is more controlled by Ankara and Washington. But more on that later. It is also worth noting that the Kurds do not have their own literary language and, as a rule, show apathy to participate in official internal political processes in their countries of residence.

The historically settled Kurds in Iran were considered the most backward in terms of economic development. In modern Iran, the situation is changing for the better for the Kurds, but the contrast between the Kurdish provinces and the rest of Iran is still quite striking. Also close to zero is the participation of the Kurds in the political life of Iran. For example, part of the Iranian Kurds boycotted the presidential elections in Iran that took place on 14 on June 2013. By them this was due to the factthat allegedly none of the candidates running for the presidency of Iran in the program had raised the issue of the rights of national minorities. In this case, the Iranian Kurds, no one bothers to participate in Iranian politics. Although so far from the Kurdish environment in Iran has not left a single prominent politician. What cannot be said, for example, of Iranian Azeris who have given Iran dozens of famous politicians, including the current Iranian rakhbar Seyed Ali Khamenei.

At the same time, separatist sentiments among Iranian Kurds, which are heated from the outside, are strong. In particular, this is about Iraqi Kurdistan. So, in Iran there is such an association as the “Party of Free Life” (PJAK). Iranian intelligence has establishedthat PJAK funding comes through the Mossad line. PJAK fighters in 2011 were marked in Iran with terrorist attacks and armed attacks on Iranian military units. They had several dozen assassinations of Iranian military personnel, including many officers of the Islamic Revolutionary Guard Corps. The IRGC was eventually forced to carry out counter-terrorism operations against PJAK. Part of the PJAK militants then fled to Iraqi Kurdistan, where they were pursued by Iranian units, which even caused tension on the border of Iran and Iraqi Kurdistan.

It is worth noting that PJAK is far from the only structure that stirs up radical sentiment among the Kurdish minority of Iran in the interests of third forces. There is a whole national-democratic movement of Iranian Kurds, which is a conglomeration of political organizations. On the territory of Iran, the activities of such organizations are, of course, suppressed. It is also worth noting that among the Iranian Kurds, the same PJAK has a reputation not so much of any liberation or political structure as of an organized criminal group. The militants of PJAK trade, in addition to terrorism, including in Iran, smuggling, robbery, drug trafficking, etc., therefore even relevant to the Kurdish environment. Both PJAK and the rest of the structures from the national-democratic movement of Iranian Kurds in Iraqi Kurdistan are based. From there for Iran comes the main threat in the Kurdish direction. And now I will explain why this is the case. 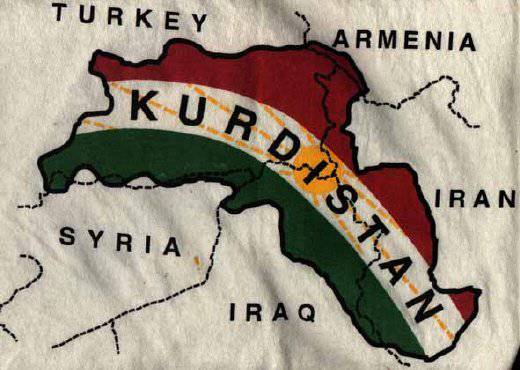 So, in the O.I. Zhigalinoy "The New Stage of the Kurdish National Democratic Movement" There is a very interesting paragraph, which I would recommend to emphasize. “Saudi Arabia and other Persian Gulf monarchies are interested in the project to create the Great Kurdistan Region, which is the most important part of the American doctrine of the Greater Middle East, which want the quickest dismemberment of Iraq, Syria, Iran and Turkey. It is not for the first time that Washington is trying to actively play out the "Kurdish card" in the region and intends to use the Kurds as a "fifth column" to increase pressure on the ruling regimes, especially in Syria and Iran ". So the likelihood of the revitalization of Kurdish separatist groups against Iran is quite high. Iran and Turkey, in turn, understand this danger and even organize against the militants of the Kurdish Workers Party (PKK) joint military operations.

But the main danger for Iran now comes not from the PKK, but from Kurdistan’s President Masud Barzani. Barzani himself born in Iran in the city of Mehabad just in that short time when the Kurdish national Mehabad Republic existed there (the first and unsuccessful attempt by Kurds to create their own national state in Iran). Moreover, his father - Mustafa Barzani - was the commander-in-chief of the army of this republic. One phrase by Masud Barzani is widely known, fully reflecting all his political views on Iranian Kurdistan - “I was born in the shadow of the Kurdish flag in Mehabad, and I am ready to serve and die for this flag”. With such a political position, Barzani is ideally suited for the United States and Israel in the fight against Iran. At the same time, he also has very good relations with Turkey, which, through a certain kind of geopolitical intrigues within its elite, is also one of the most active participants in the process of destabilizing the Middle East.

As for Iran, the officials of this country accuse in support of Kurdish separatists, it was precisely the United States and Israel. Indirectly, these accusations are absolutely fair, because now it is the United States that provides political support for Kurdish separatism, and Israel supplies Kurds with modern weapons. In principle, in the event of the fall of the Bashar Assad regime in Syria during the ongoing civil war there, the creation of Kurdistan in the territory of Northern Iraq and the Syrian province of Al-Hasakah will become a reality. Taking into account that Masudu Barzani will have power in this formation with a high degree of probability, and the PKK has every chance of falling under its influence, and also taking into account the surrender of the PKK positions in Turkey at the moment, it can be argued that the main vector of activity of Kurdish separatists will move from Turkey to Iran. This, in principle, is happening at the moment.

So, on the basis of the foregoing, it already makes sense to sum up a certain result on the “Kurdish issue” in Iran. The Kurdish minority makes up about 6,5% of the total Iranian population. It lives in the least economically developed provinces in the northwest of Iran and practically does not participate in any way in its internal political life. A certain influence on the Kurdish population in Iran has various kinds of political structures that are stationed in neighboring Iraqi Kurdistan. At the same time, extremist structures like PJAK are not supported by Iranian Kurds.

At the same time, Washington, Tel Aviv and Ankara, acting through the president of Northern Iraq, Masud Barzani, who is a priori extremely negatively disposed towards the leadership of modern Iran, are trying to destabilize the situation in the Kurdish provinces of the Islamic Republic of Iran, supplying extremists weapon and providing financial support for activities directed against Iran.

Ctrl Enter
Noticed oshЫbku Highlight text and press. Ctrl + Enter
We are
Turkey against the Kurds. Is there a new phase of conflict ahead?Syrian Kurdistan: Will there be peace and freedom?
10 comments
Information
Dear reader, to leave comments on the publication, you must to register.