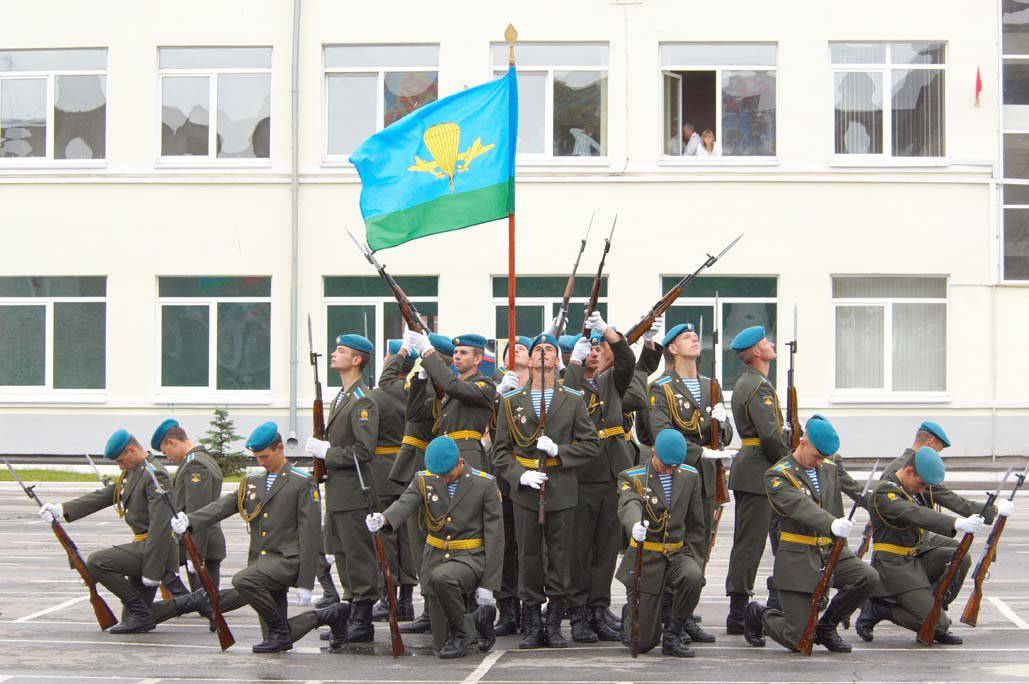 The training of students in the school is carried out by highly qualified faculty. There are 6 scientific schools in the Higher Education School of Science, there are 442 teachers, of which 279 have a degree.

Commander of the Airborne Forces, Colonel-General Vladimir Shamanov, congratulating the personnel of the Ryazan Higher Airborne Command School named after Army General V.F. On the anniversary of the establishment of the educational institution, Margelov noted that “thanks to the efforts of the Minister of Defense, Army General Sergei Shoigu, a large front of work has been launched at the Higher School of Education and Science. At more than 95 facilities of the university, construction works are being carried out: capital construction, reconstruction, major repairs, including the Seltsy training center located in the Ryazan region.

The construction of a stable on 40 horses is being completed on the territory of the training center of the school, reconstruction of an obstacle course with imitation of mountainous terrain is being carried out, which will be used to train students in practical activities in mountainous and wooded areas

Currently, intensive work is underway on the construction of a multifunctional rifle complex, the Universal Sport and Training Complex "Fighter" and a special pool that provides for conducting diving training for cadets of the faculty of special reconnaissance and marines, installation of the wind tunnel.

“Next year, the construction of a deep-water basin will be completed with the possibility of diving up to 21 meters, firing under water, exiting the torpedo compartment, landing from helicopters on the water,” said the head of the Ryazan Higher Airborne Command School named after Army General V.F. . Margelov Colonel Anatoly Kontsevoy in celebration of the 95 anniversary of its formation.

“I want to express my gratitude to the faculty of the university, 80% of whom have combat experience. And also wish the personnel of the Ryazan Higher Airborne Command School to maintain the traditions of the Airborne Forces, study in detail the experience of previous generations and do not stop there, given that the equipment of the school puts its graduates among the most trained officers not only of the Armed Forces of the Russian Federation, but of foreign armies states, ”said Colonel-General Vladimir Shamanov.

Ctrl Enter
Noticed oshЫbku Highlight text and press. Ctrl + Enter
We are
Deputy Minister of Defense of Russia, Colonel-General Yuri Sadovenko congratulated the Ryazan Department of Defense Forces with the 96 anniversary of the founding of
5 comments
Information
Dear reader, to leave comments on the publication, you must to register.